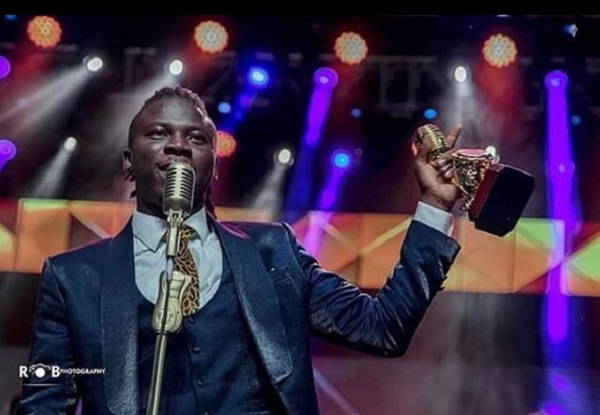 The joyous Stonebwoy who could not hide his excitement took to his social media pages to pride this achievement to his fans. This is his second IRAWMA award after winning ‘Most Promising Artiste’ in 2016.

Stonebwoy was one of the few Ghanaian Dancehall artistes who were nominated for this year edition of the Awards event alongside DJ Switch, Episode and Shatta Wale.
The IRAWMA award scheme seeks to acknowledge and honour the accomplishments and contributions of reggae and world music artists, including songwriters, performers, promoters and musicians. 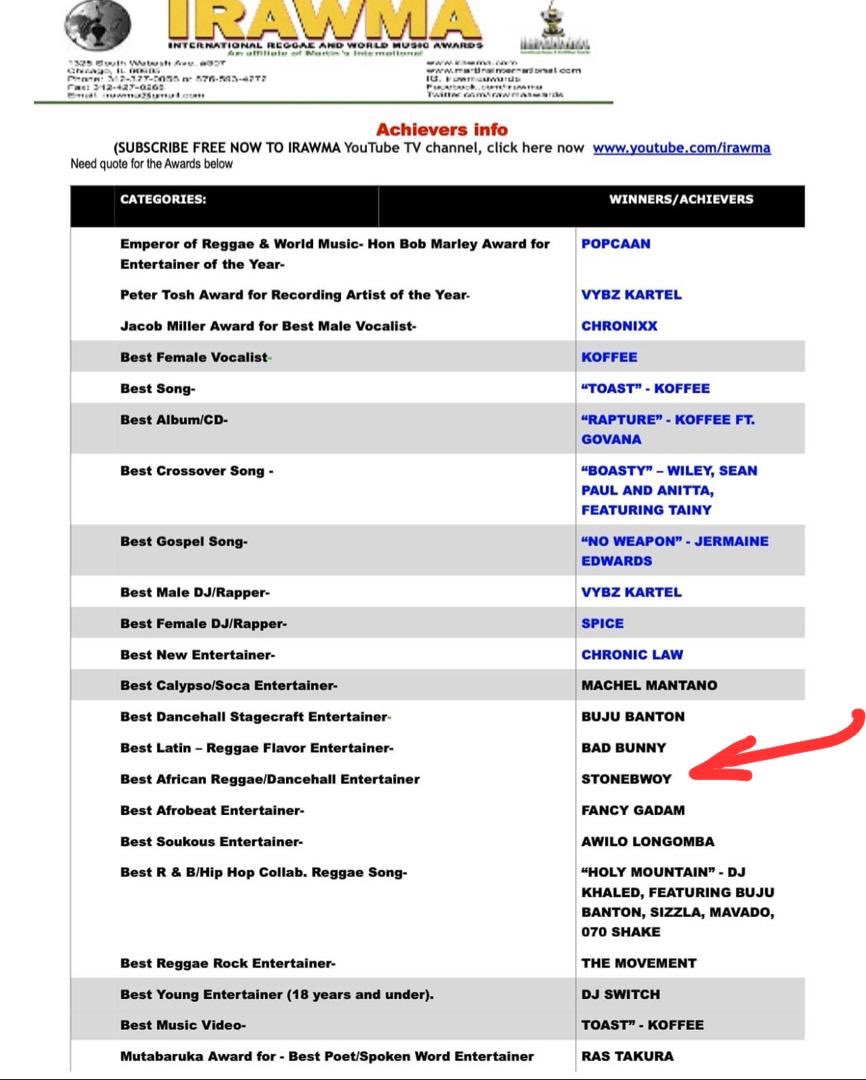 #CoronaVirusUpdate: Ghana shuts down borders from Sunday, for two weeks!!