Ghanaian dancehall act, Stonebwoy through his record label has reacted to allegations that he’s the mastermind behind the attack on Kelvynboy at Ashaiman.

The violence occurred when thugs stormed and attacked Kelvynboy at an Electroland Ghana Limited shop opening in Ashaiman for reasons yet to be discovered.

How @kelvynboymusic_ was taken out from the choas today #ameyawtv

According to reports, one man behind the attack is allegedly Stonebwoy’s former bodyguard. Tweets by Kelvynboy after the incident led some social media users to assume Stonebwoy had a hand in the attack. 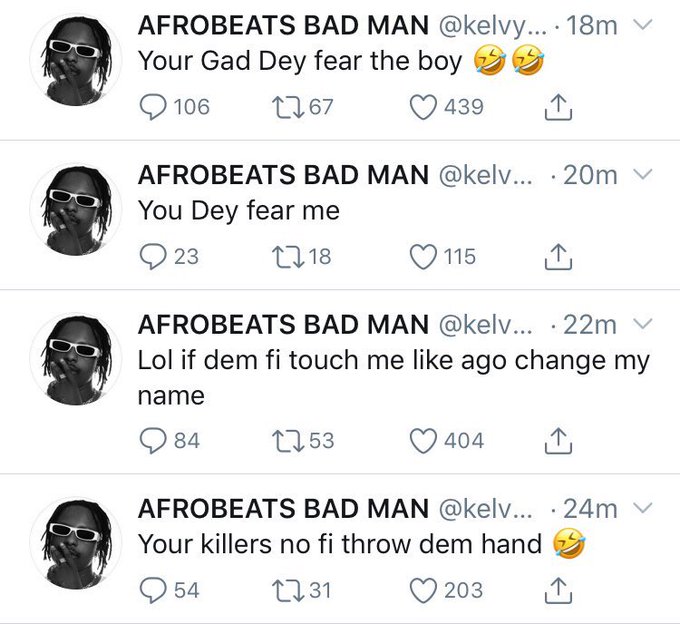 Addressing these allegations through a statement released by the Burniton Music Group Limited, Stonebwoy denied any involvement in the attack and revealed that none of the individuals who are alleged to have been involved in the attack are or were ever employed by him.

The statement further revealed that the record label is taking the necessary legal steps to vindicate Stonebwoy and his brand from the accusations.

Read the full statement below. 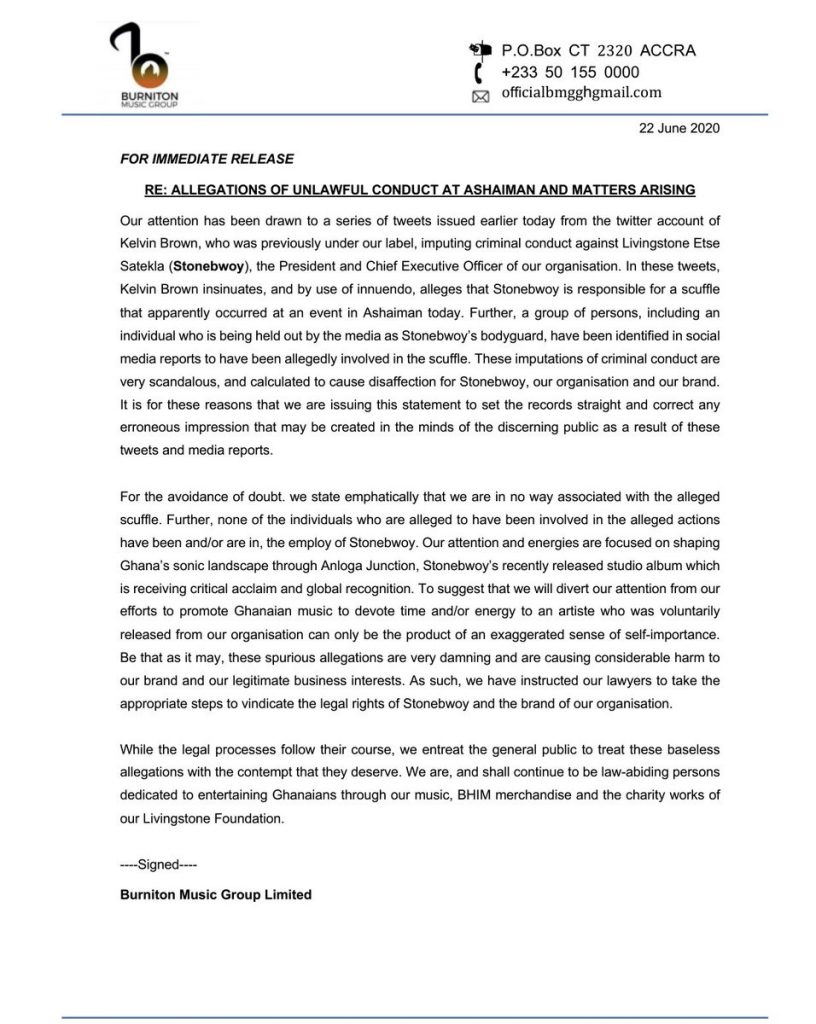 Born Kelvin Brown, Kelvynboy was an artist under Stonebwoy’s Burniton Music Group until his release on 24th September 2019.

Ghanaian singer, Efya has caused quite a stir on social media after revealing that she doesn’t know who popular Reggae artiste and Radio Host, Blakk Rasta is. END_OF_DOCUMENT_TOKEN_TO_BE_REPLACED

Ghanaian singer, Efya has reacted to Blakk Rasta’s comments about Sarkodie’s feature on the Bob Marley & The Wailer’s classic, “Stir It Up.” END_OF_DOCUMENT_TOKEN_TO_BE_REPLACED

Award winning Ghana musician who doubles as a physician specialist has stated in a recent interview on Asaase Radio that, the division of fans is rather killing the Ghanaian music industry than helping in building it. END_OF_DOCUMENT_TOKEN_TO_BE_REPLACED

American rapper, Tobechukwu Dubem, better known as Tobe Nwigwe has expressed his admiration for some Ghanaian musicians with whom he would like to collaborate. END_OF_DOCUMENT_TOKEN_TO_BE_REPLACED

Ghanaian Reggae and Dancehall artist, Stonebwoy has revisited the clash he had with Shatta Wale at the 2019 Vodafone Ghana Music Awards. END_OF_DOCUMENT_TOKEN_TO_BE_REPLACED