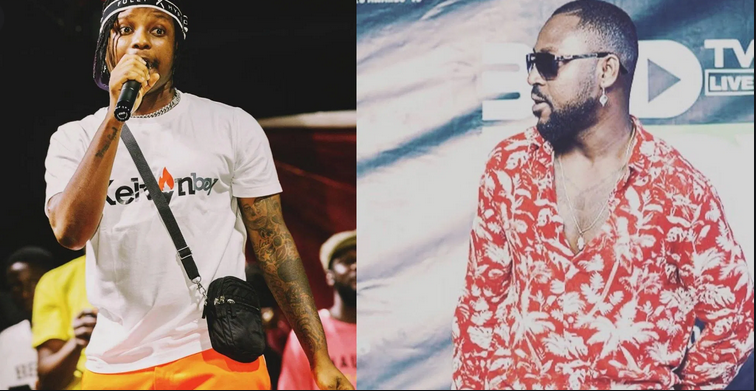 Ghanaian musician, Yaa Pono has expressed his disappointment over the violence that erupted at Ashaiman today.

The violence occurred when thugs stormed a venue to attack Kelvyn Boy at an event. According to reports, one macho man behind the attack is Stonebwoy’s former bodyguard.

Sharing a video on the incidence on social media, Yaa Pono wrote: “THIS IS STUPID AND SHOULD NOT HAPPEN #noviolence, INO BE PLENTY TALK… @kelvynboymusic_ THIS THING MUST STOP WITH FULL EFFECT I TELL U Nonsense”

However, it is still not known what triggered the attack on Kelvynboy nor has Stonebwoy reacted to the incident.

How @kelvynboymusic_ was taken out from the choas today #ameyawtv

Related Topics:kelvynboyYaa Pono
Up Next

Global streaming giant Spotify is proud to announce that Sio has been selected to join the EQUAL Africa programme aimed at spotlighting female artists across the continent. END_OF_DOCUMENT_TOKEN_TO_BE_REPLACED

UK-BASED Ghanaian Gospel musician, Joe Bamfro has been nominated in the Gospel Song of The Year category in the upcoming Ghana Music Awards UK(GMA UK) scheduled for October in the United Kingdom.
His song Moko Be did the trick for him and Joe Bamfro is besides himself with excitement being the first time he has ever been nominated in an awards scheme. END_OF_DOCUMENT_TOKEN_TO_BE_REPLACED

Organizers of the prestigious Ghana National Gospel Music Awards have announced a date for the most anticipated event. END_OF_DOCUMENT_TOKEN_TO_BE_REPLACED