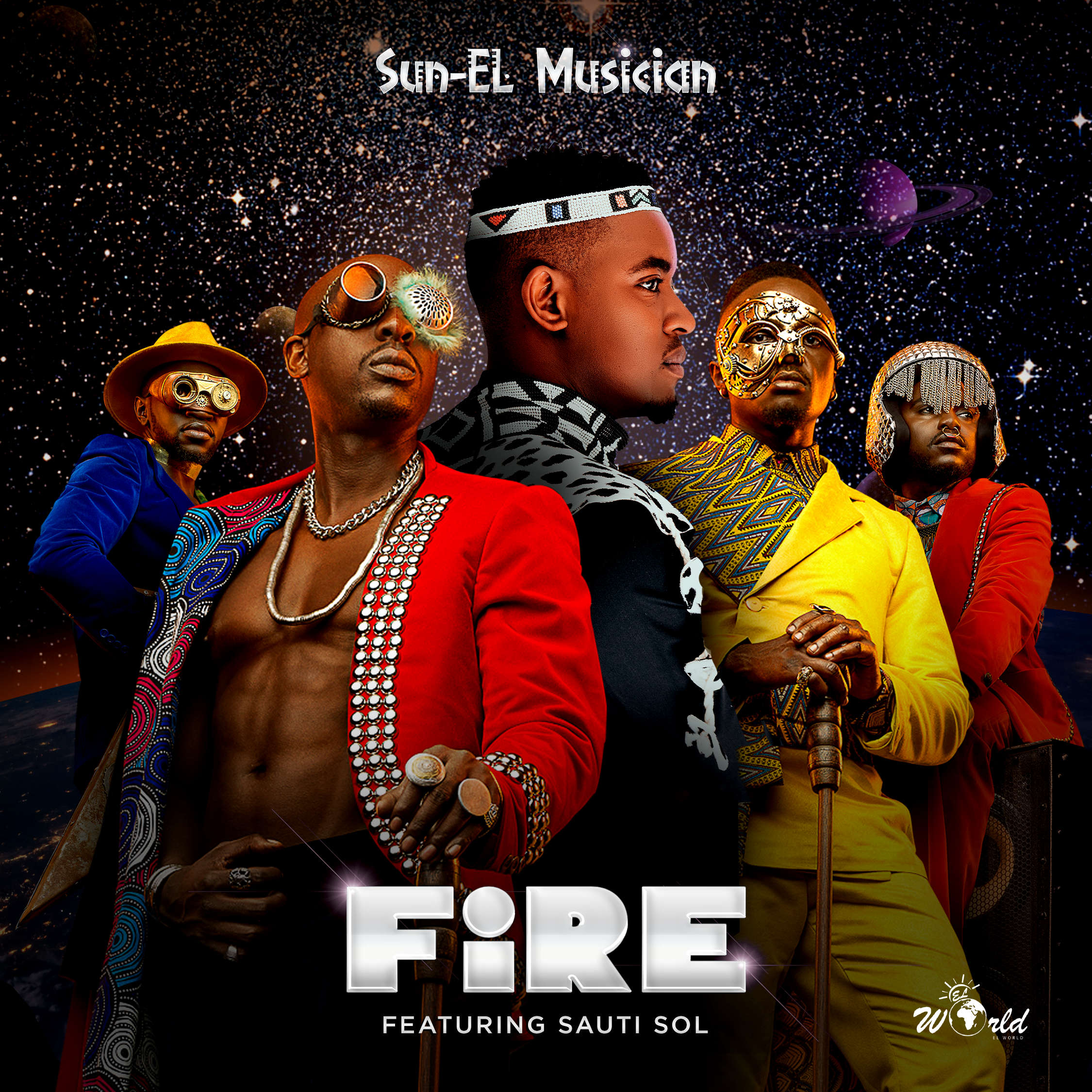 Sun-EL weighs in on his first collaboration with the East African giants, “It’s truly amazing to work with guys who I have so much respect for their art. I have been receiving a lot of love from East Africa, especially in Kenya so it was an honour to be part of this collaboration.”

Sauti Sol deliver their distinct melodic lyrics in English and their native Luhya language on this feel-good afro-house track. Chimano of Sauti Sol shared how special it was writing the song and working with Sun-El Musician. “We love this collaboration. It was so organic and something that was about time. Sun El is an amazing chill great artist, we’re happy we have this masterpiece with him and this is just the beginning of many more projects together!”

FIRE marks the first collaboration between Sun-El Musician, one of South Africa’s most respected and the giants from East Africa. Since the release of his mega hit single “Akanamali”, Sun-EL has had a fast-growing fan-base in East Africa.

Ahead of the new album release, Sun-EL will hold a special 45 minute live virtual concert dubbed “Uhuru Spaceforce” on 3rd Dec 2020. He will be joined by top music stars including Msaki, Azana, Ami Faku, Simmy, Mthunzi and many more surprise guests at this El-World RedBox Session. The new album will drop right after the show.
To register for the virtual concert: http://www.uhuruspaceforce.com/

He shared a special message to his fans, “I am thankful and grateful to my East African family who have continuously shown me love and support. I am hoping to someday work with more artists from the region in their own space in order to be exposed more to  the full experience.”

Sun-El Musician’s sophomore offering follows his critically acclaimed debut album, ‘Africa To The World’, which debuted on the Top 200 Electronic Albums worldwide on Apple Music, and earned him over 50 million streams across various digital platforms.

Related Topics:Sun-El Musician
Up Next