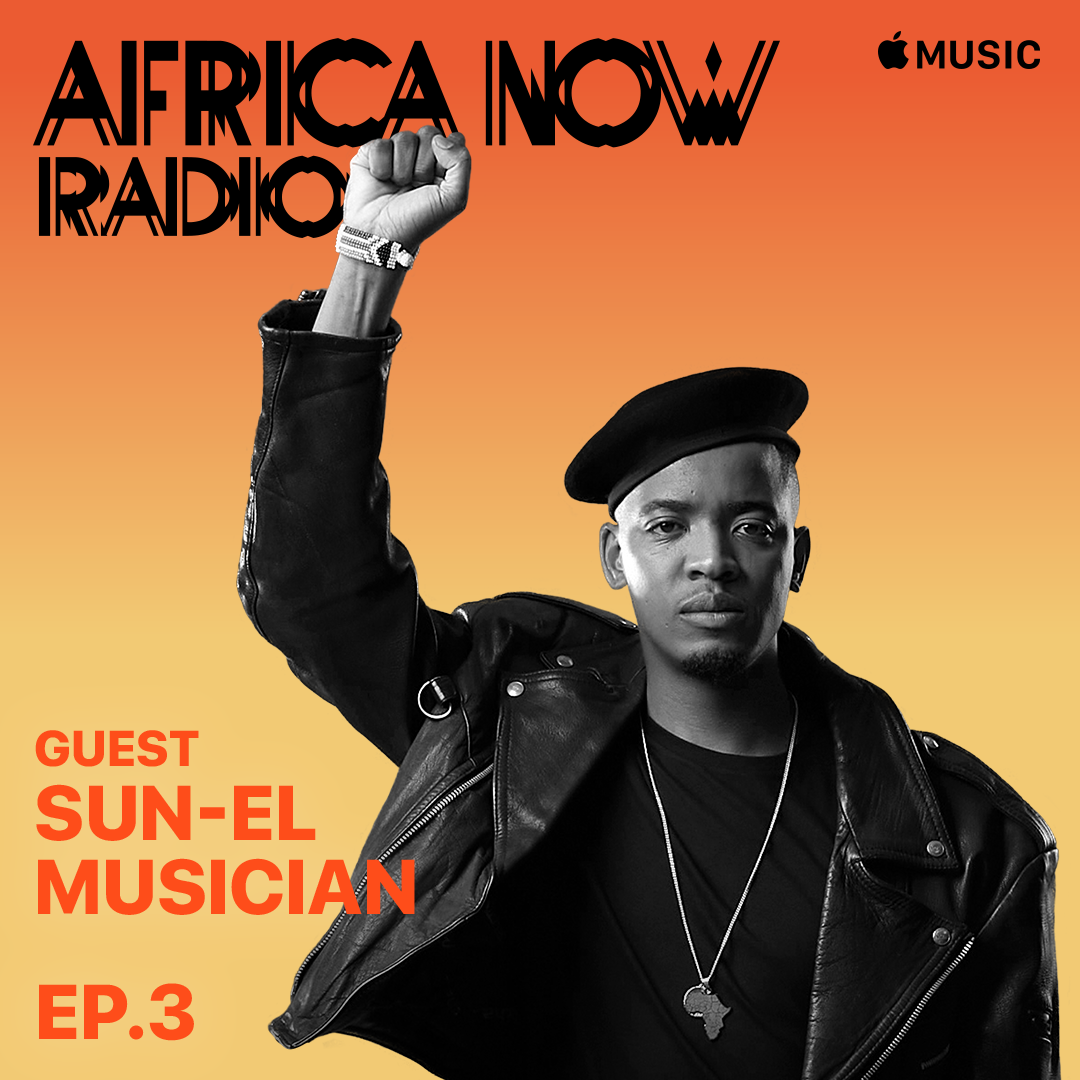 This Week’s Episode Features a Conversation With Sun-El Musician, the 5 Hottest Tracks of the Week and Basketmouth’s Favorite African Proverb!

Tune in to Africa Now Radio With Cuppy This Sunday, 14th June at 1pm Ghana/ 2pm Lagos or London / 3pm Johannesburg/Paris / 6am LA / 9am NYC Only on Apple Music

Cover Star Interview
South African producer Sun-El Musician joins Cuppy via FaceTime on Apple Music to talk about how he has been spending his lockdown, progress he is making with his label El World, and his plans for his forthcoming album titled ‘To The World and Beyond’!

Proverb of the Week
Nigerian comedian and actor Basketmouth joins Cuppy on the show to share a proverb in Pidgin, which translates as: “You can’t push someone and tell them where to fall to.” He explains the meaning behind it is about us having empathy.

Tune in and listen to the full episode this Sunday, 14th June at 2p Lagos/London / 3p Johannesburg/Paris / 6a LA / 9a NYC only on Apple Music at apple.co/_AfricaNow

Sun El Musician Tells Apple Music About His Lockdown, His Label El World, and Upcoming Album ‘To the World and Beyond’

“I’m in Joburg. I’ve just been working on my album. I thought I wanted to be alone. At first, you don’t want anyone to come to the studio because you’re just busy. But now as I was working on the album, it was a really funny, interesting way of just working through emails and just sending each other files, which is just difficult for me because I prefer having people coming over to the studio and really bouncing ideas in person. The human touch. So yeah, it’s been just little tricky, so, but yeah.”

“Before this album, I would say being in the studio, but then just really being on this lockdown now, not going to gigs, I sort of took it for granted. Now it’s just like everything is just non-operational. So I kind of miss being out there. Yeah. I’m some sort of in between now. I still love being in the studio, but I just love seeing people’s faces when they listen to my music.”

“I wish I could take all the credit, but I’ve got to give it to my team. My brothers and my sisters that work at El World Music. What we decided when we started the whole thing was either I become a solo act or we sign guys just under the label. Because of my history, because I was signed before and I felt it took me longer for me for people to just understand what I’m all about and the vision, I was like, ‘Okay, let’s just sign guys.’ And we try and just speed up the process for them to just not go through all the craziness that we went through. It’s not really just keeping them as artists forever. It’s just really just teaching them about the business and them owning their own masters in the future and all of that.”

“I have new voices and a new sound that I’m just bringing out. I’m also working on my album. It’s called ‘To the World and Beyond.’ It should be at a double disk. I’ve had all these other songs that I’ve just composed over the years and I feel I could give them a little bit of light. Probably 23 songs. And instrumental house as well. I can’t wait! Every time on all my feeds and my stories, people always just do covers, so hopefully with the instrumental on the album, people would just write… They’re free actually. That’s what I’m basically saying. You can write whatever, just tag me, send it to me, definitely check it out. I’m always about the music.”

Basketmouth’s Shares with Apple Music His Proverb of the Week

“The proverb of the week is simple. ‘Dey no dey push person, can’t tell am where he go fall.’ That means you can’t push someone and tell the person where to fall. It’s quite direct. It simply means that you can’t hurt someone and actually dictate how the person’s supposed to feel. Do you understand? I’ve offended people and they’ll be upset and I’ll be like, ‘Why are you upset?’ They’re like, ‘You offended me.’ You understand? So it’s just about us having empathy and all that stuff.”

“I’ve been working, I’ve been writing and I’ve been creating content because, it’s not like I saw the pandemic coming, but I saw a little bit of shift going from TV to mobile. I kind of saw it coming, so I was like, you know what? Start creating more content. I’ve kept myself busy with content creation and all that stuff. So yeah, I’ve been busy.”

Related Topics:Africa Now Radio With CuppySun-El Musician
Up Next