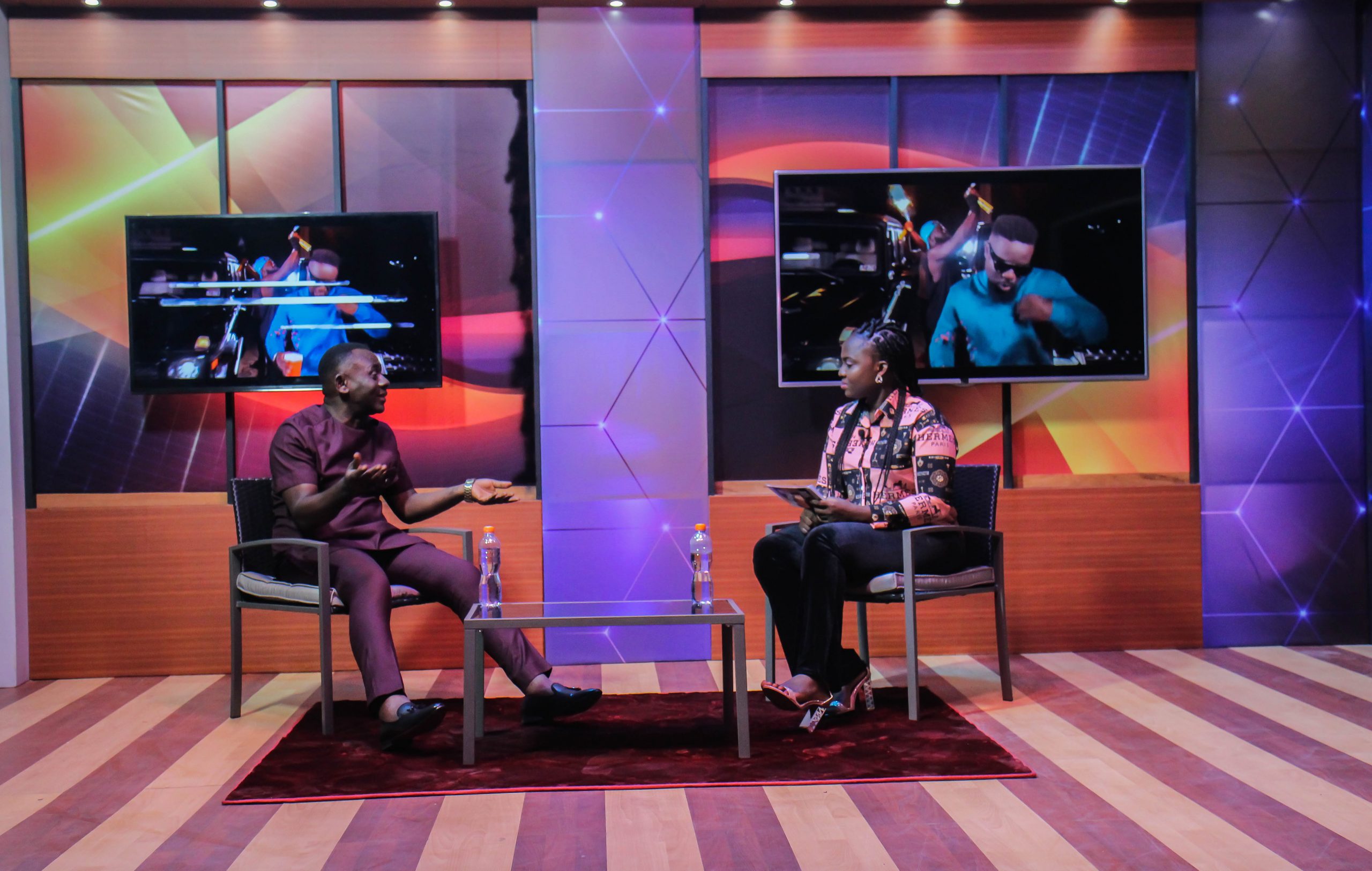 Celebrated Ghanaian actor, Akwasi Boadi, affectionately known in showbiz as Akrobeto has stated emphatically on the maiden edition of Kantanka TV’s entertainment show, E-Mix reloaded that, he will always attribute his success to the celebrated Ghanaian philanthropist, Technologist and Founder of the Kristo Asafo Mission of Ghana, Emeritus Prof. Apostle Kwadwo Safo Kantanka.

According to Akrobeto, Emeritus Prof. Apostle Kwadwo Safo has been his source of inspiration for decades in his acting career. He said, the powerful man of God’s advice and prophecy to stay in Ghana and not travel overseas because something good and big is going to happen to him in Ghana has come to reality and here he is as his name Akrobeto has become a household name in Ghana.

Speaking to host of the E-MIX show, Kimy Babe, Akrobeto indicated that, he is still consistent in the movie industry even as people claim the Ghanaian movie industry is failing to attract patronage due to his humbleness and being professional in his line of duty.

He added that, apart from being humble to ensure consistency in the movie industry, every good actor or actress should make acting real when acting in order to look real for the audience as well which has been his secret for decades in his acting career.

He then mentioned how grateful he is to the Almighty God, Emeritus Prof. Apostle Kwadwo Safo Kantanka and the Ghanaian populace for how supportive they have been to him in his entire acting career.

Akrobeto as a veteran and celebrated actor has featured in so many movies, series and drama in Ghana. Some of which include Concert Party, Back to School, Adult education, Nipa Nua ne Nipa, Satan and the likes but he is still actively acting and consistent than those he started with such as Agya Koo, Mercy Asiedu, Osikani Belebele, Adwoa Smart and others.

Legendary Ghanaian highlife musician and performer, Kwabena Kwabena has revealed what inspires him to get his lyric juices flowing.  END_OF_DOCUMENT_TOKEN_TO_BE_REPLACED

Ghanaian Media Personality, Jessica Opare Saforo has stated that working for close to two decades in the media took the best parts of her life. END_OF_DOCUMENT_TOKEN_TO_BE_REPLACED