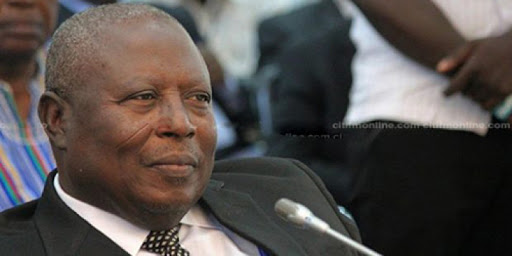 The Supreme Court has dismissed a suit challenging Martin Amidu’s age as Special Prosecutor. Reasons for the the 5-2 decision, according to the Chief Justice, would be made available at the registry of the Court.

The majority, who voted for the dismissal of the suit, are Chief Justice Anin Yeboah, Baffoe Bonnie, Marful-Sau, Nene Amegahsie and Prof Nii Ashie Kotey

This was against Sulley Gbadegbe and Agnes Dodze, who agreed with plaintiff Dominic Ayine that the age of Martin Amidu does not qualify him to handle the position of Special Prosecutor.

He stated that the age of the former Attorney General did not qualify him to be appointed as Ghana’s first Special Prosecutor.

But the Attorney General’s Department responded and urged the Supreme Court to dismiss the suit, saying it was being “borne out of narrow, inadequate and literal construction of the scope of the application of Article 199 of the Constitution”.

A Deputy Attorney General, Godfred Dame, then pushed that Mr. Amidu is not “a proper party to the suit” as the action is seeking to challenge the Attorney General’s decision to nominate Mr. Amidu as the Special Prosecutor as well as his presentation by the President to Parliament for approval.

Mr. Dame also stated that the decision to appoint Mr. Amidu was taken in the course of the official duties of the President and AG and Mr. Amidu can therefore not be a party to the suit.

He then urged the Supreme Court to dismiss the suit and this was agreed to by the court.

The Court subsequently struck out the name of Mr. Amidu as defendant in the suit, leaving the issue of whether Mr. Amidu can continue to be the Special Prosecutor despite his age as being pushed by the MP.

In an interaction with the media after the judgment, Mr Ayine, who is also Member of Parliament for Bolgatanga East, indicated he will go for the judgment from the Registry and study it but hinted of no possibility of going for a review of the judgment.

Related Topics:Martin Amidu
Up Next

Feature: 3 Tips for Achieve Success during the COVID-19 Pandemic