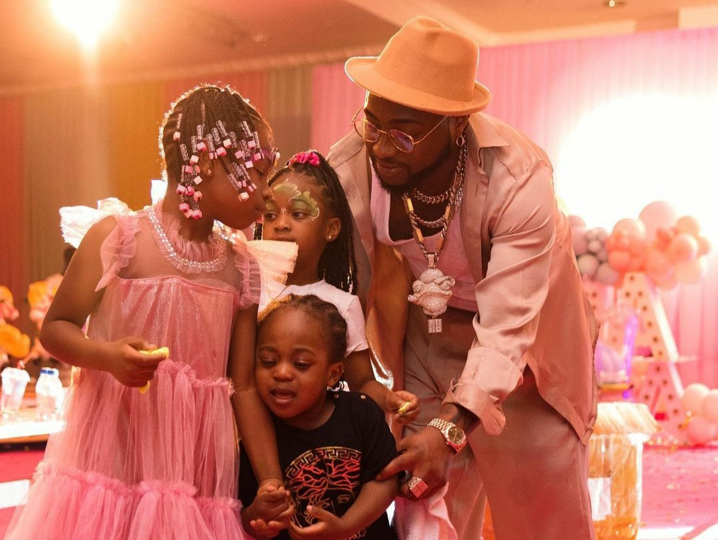 Musician Davido has issued a strong warning to critics who talk down on his kids on social media.

The afrobeat star took to his Twitter page on Monday evening to lash out at a critic who threw shade at his son, Ifeanyi.

The Twitter user had faulted the singer for using his son’s face for his A Better Time album.

The tweep stated that the singer had “stained” the child with the “disaster” he called an album.

Though the tweet mentioned Peruzzi, one of Davido’s aides, it was clear that he was referring to Davido who used his son for his album’s cover.

In response, Davido said, “Dead man walking! You have carried your hate for me to my child! Innocent child! Brother, you do this one! Oya na.”

Warning critics, Davido said, “Say all you want about DAVIDO but DO NOT MENTION MY CHILDREN.”

This comes four days after the singer expressed his obsession with his children.

The superstar revealed this in a tweet on Thursday, where he simply wrote, “I’m obsessed with my children.”

Davido has always flaunted his three children (Imade, Hailey, and Ifeanyi) on his social media pages and they were also present at his just-concluded London concert at O2 Arena.

Ghanaian actor and socialite, Don Little, has made a passionate appeal to his colleague Kwadwo Nkansah also known as Lilwin to go make peace with his ex-wife. END_OF_DOCUMENT_TOKEN_TO_BE_REPLACED

The Federal Government of Nigeria has taken legal actions against the husband of late gospel singer, Osinachi Nwachukwu. END_OF_DOCUMENT_TOKEN_TO_BE_REPLACED

From being the opening act at EL’s BAR VI concert to bagging a nomination at the 2022 3 Music Awards, Afrobeats/afro soul singer Darkua stopped by Ameyaw TV to talk about her musical journey. END_OF_DOCUMENT_TOKEN_TO_BE_REPLACED