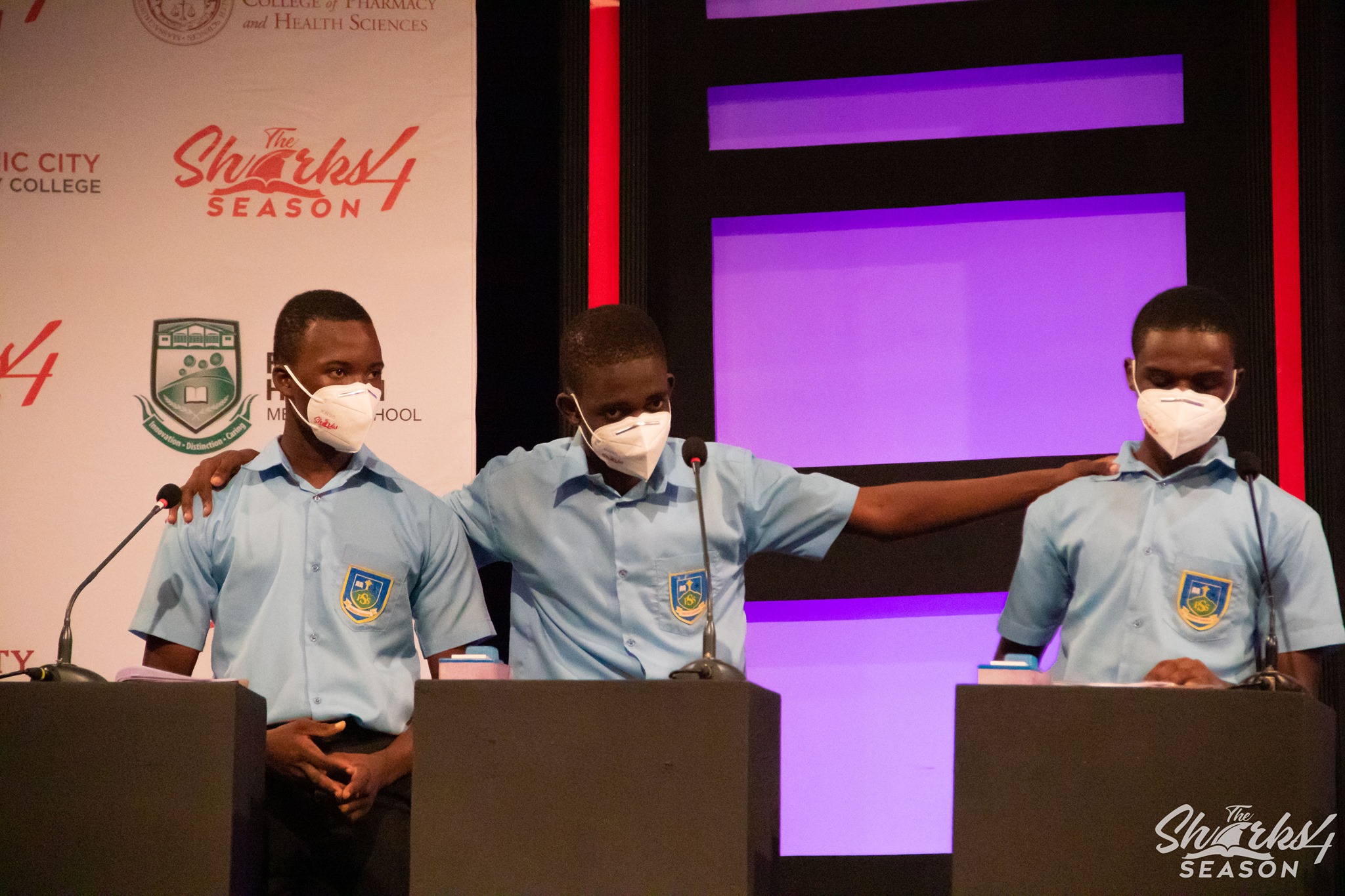 When a powerhouse meets a subject, there’s an expulsion but when two powerhouses meet…there’s an explosion! This was clearly the experience during the clash of St. Peter’s Senior High School and St. Thomas Aquinas School. The virtuous, all-boys institutions made captivating head-on collision to transition into the quarterfinal stage of #TheSharksQuiz.

It started with a beat-to-beat rhythm of answers in the Right Corner of the contest where both schools took turns to answer eight set of questions within a given time. The Eastern saints copped a perfect scored while their Accra contenders followed at their heels at 50. In the R Cube round where deductions for wrong answers began, both schools risked points and made up for some. In the long run, the Accra saints scored 15 points ahead of St. Peters’ 10.

Now a procession was made into the STEM round where each school is tested in an interdisciplinary and applied approach. With both schools generally identified as science and maths cohorts, the atmosphere filled up with tension and suspense in anticipation of the outcome. Through the mental riffs and runs, St. Thomas Aquinas travailed with 25 points leaving their competitors at 10. At this point, the “Thomases” perhaps doubted their inclusion in the next stage while the “Peters” assured themselves they would take the lead at all cost.

The fourth round now was the only round to affirm which of the saints was holy enough to make it to the promise land. Each of the four contestants of either school battled another from the opposing institution in a one-on-one headlock.  At the end of it all, the “Peters” trampled on their fellow saints, sweeping away 25 points while the latter picked 5. St. Peters’ overall 145 score against St. Thomas’ 115 proved that they (the winners) had the cop-on to proceed to the next stage of the contest. It was an intriguing contest and indeed, the boys had been separated from the men.

There is certainly going to be a lot of action and uncertain happenings in the ensuing stage of the quiz and the thirst now seems unquenchable, but we can only perceive the aroma from afar while we sit back patiently and look forward to it. This year’s edition of the Sharks Quiz (#Sharks4) is sponsored by Kellogg’s Ghana and Indomie; Ashesi University, Massachusetts College of Pharmacy and Health Sciences, Family Health Medical School, Academic City College (Academic Sponsors); eCampus Ghana, Shell Ghana, Givers Clean Care, Fanmilk Ghana, Fortune rice and Frytol (Associate Sponsors).

Do you think that all body types are beautiful?

The Perfect Ghana Getaway! Check out Chill River Resort’s Amazing Promos For May