The Garcias – produced by New Cadence Productions, the banner founded by The Brothers Garcia co-creator and executive producer Jeff Valdez – is a reboot of the beloved hit series The Brothers Garcia, which ran on Nickelodeon for four seasons. Episodes of The Garcias will be available for viewing very soon..

HBO Max™ is WarnerMedia’s direct-to-consumer streaming platform, offering best in class quality entertainment. HBO Max features the greatest array of storytelling for all audiences from the iconic brands of HBO, Warner Bros., DC, Cartoon Network, Adult Swim, Turner Classic Movies and more. The platform launched in the United States in May 2020 and introduced a lower priced, advertising-supported tier in June 2021. HBO Max began its global rollout launching in markets across Latin America and the Caribbean last summer, followed by its first European launches in the Nordics and Spain in the fall. Currently available in 46 countries, there are plans for continued expansion of HBO Max in 2022.

Based on the infamous “texting suicide case,” The Girl from Plainville is now available to binge

More Drama In The BBNaija ‘Shine Ya Eye’ Reunion On DStv & GOtv This June! After the BBNaija Shine Ya Eye Season premiered back in July 2021, viewers and fans across Africa have been patiently waiting to see all their favourite housemates again during the reunion show! The reunion show is where all the juicy details and hidden secrets are revealed to the fans and also, the moment the housemates voice their thoughts and opinions as well as correct false gossip.

The Shine Ya Eye Reunion Show which will be hosted by the one and only ‘table shaker master’ Ebuka Obi-Uchendu, is promised to be one of the hottest reunions to be viewed on our screens! Who will crack under pressure? Who will spill ALL the beans? And who will bring the heat back to back? Well, tune in to join the conversation with all 26 housemates; Angel, Peace, Jackie B, Tega, Arin, Maria, Liquorose, Beatrice, Princess, Saskay, JMK, Nini, Boma, Queen, Yousef, Pere, Whitemoney, Niyi, Yerins, JayPaul, Saga, Emmanuel, Kayvee, Michael, Sammie and Cross.

Abeg is the headline sponsor, and the associate sponsor is Flutterwave.

To keep up with all updates on the reunion show, visit www.africamagic.tv/bigbrother. You can also follow the official Big Brother Naija social media pages for news and updates with the hashtag #BBNaijaReunion on Twitter @bbnaija, Instagram @bigbronaija and Facebook www.facebook.com/bigbrothernaija. 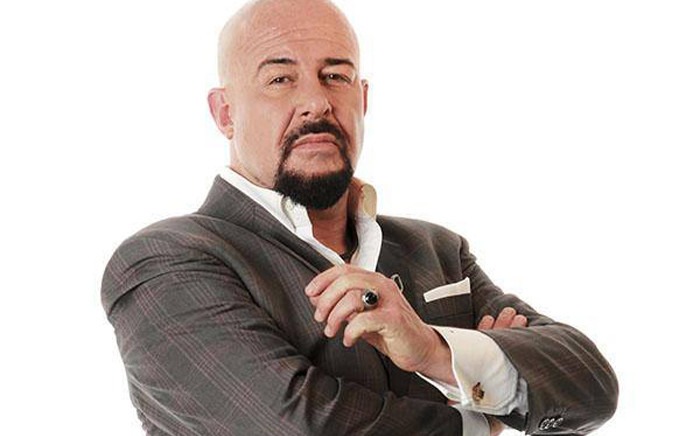 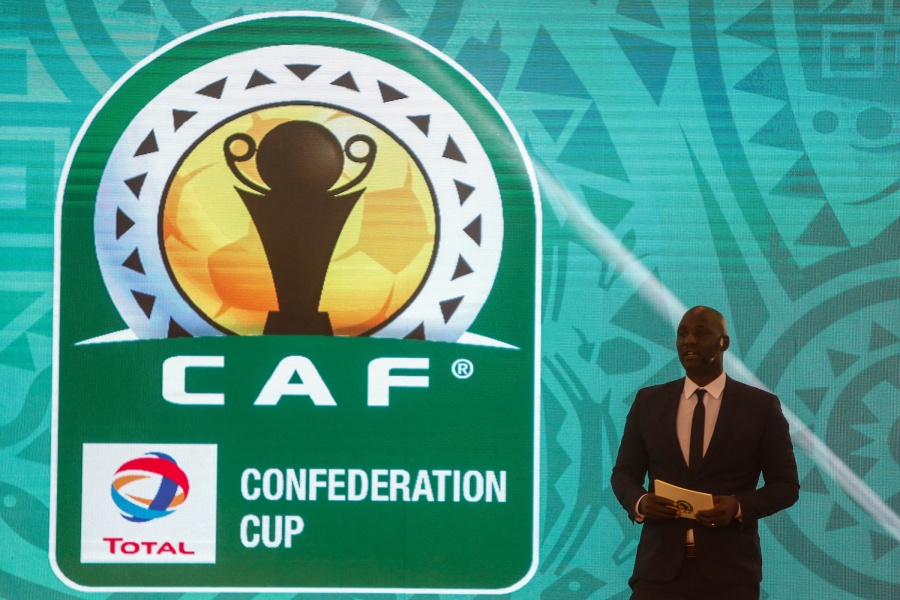 The annual CAF Confederation Cup comes to an epic close on Friday, 20 May 2022 at Uyo in Nigeria as South Africa’s Orlando Pirates go head to head with Morocco’s RS Berkane.
All the footballing action will be available to stream live on Showmax Pro in Africa from 20:00 (WAT); 21:00 (CAT); 22:00 (EAT), courtesy of SuperSport.
Pirates will be playing in their fourth CAF final despite a shock home defeat to Al Ahli Tripoli in their second semi-final leg as they advanced 2-1 on aggregate to secure their place in the final. Their opponents, RS Berkane, defeated Congolese giants TP Mazembe 4-2 over two legs. RS Berkane, the 2019/2020 CAF Confederations Cup champions, will be playing in their third final after coming up short in 2018/19 when they finished as runners up.
The Soweto giants have not enjoyed a good domestic season as they currently sit in a disappointing seventh place in the DStv Premiership. League form normally goes out the window when it comes to cup competitions and this was the case for Ezimnyama Ngenkani as they topped their group, which consisted of Al-Ittihad Tripoli, JS Saoura and Royal Leopards with four wins, one draw and one defeat in their six games.
The Orange Boys currently share the same domestic position as their opponents as they sit seventh in the Botola Pro 1, further demonstrating that league form does not translate to cup performances. Like Pirates, RS Berkane also topped their group, which had Simba S.C, ASEC Mimosas and Union Sportive Gendarmerie Nationale on the way to the knockout stages, managing three wins, a draw and two losses. This sets up a perfectly balanced final that both sets of supporters and neutrals will be glued to until the final whistle.
The winner of the CAF Confederation Cup will take home a whopping $1.25 million in prize money and will also take part in the CAF Super Cup, where they will play against the winner of the CAF Champions League which will see Al Ahly will battle it out in the final against Wydad Casablanca on Monday, 30 May 2022 – which will also be live on Showmax Pro. All the CAF action will be streaming live for all Showmax Pro subscribers in Africa, courtesy of SuperSport.
Continue Reading 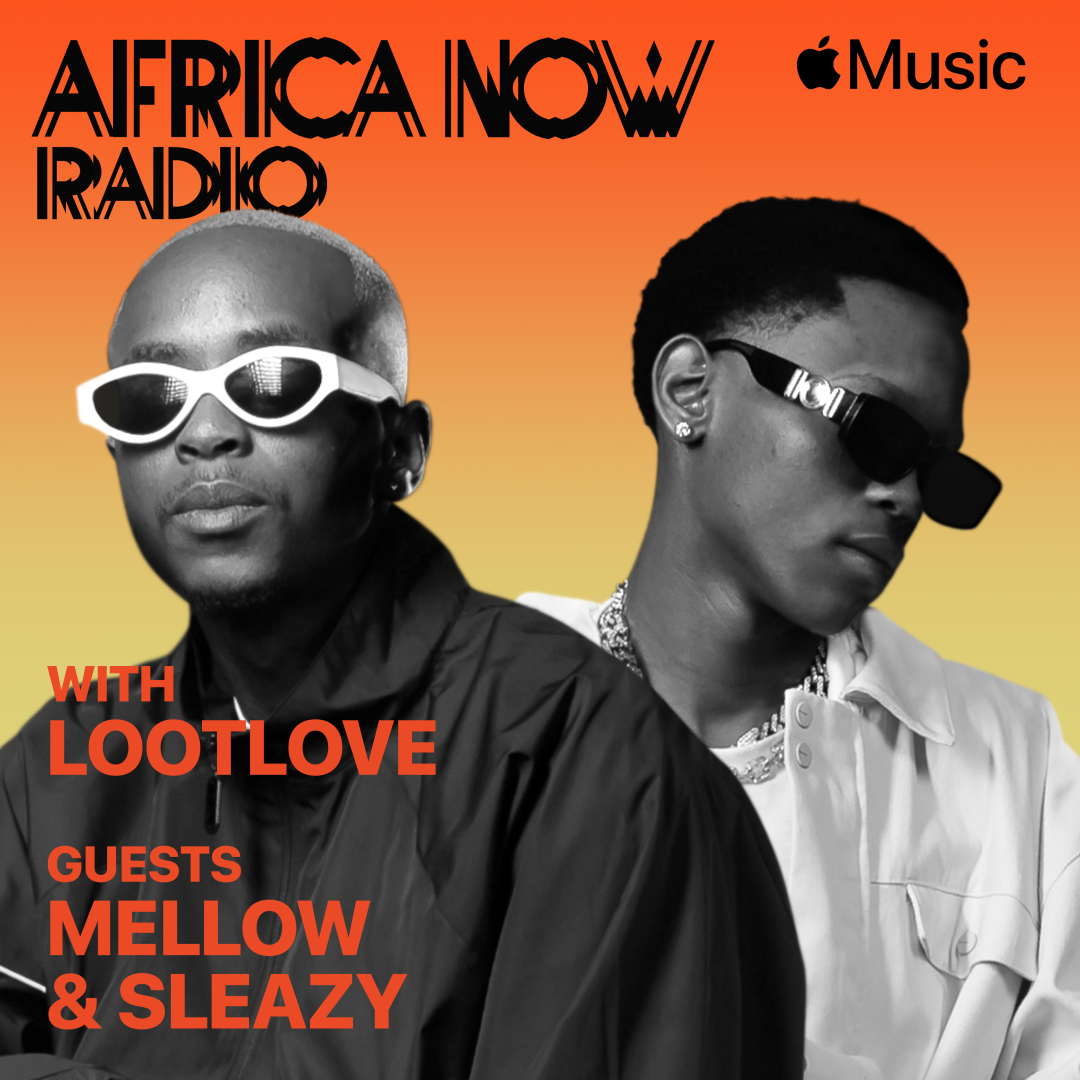 This Week’s Episode Features a Conversation With Mellow & Sleazy, the 5 Hottest Tracks of the Week, Africa Rising and LootLove’s Favourite Track of the Week!

Tune in to Africa Now Radio with LootLove at a special time this Saturday, May 21st at 10a Lagos/London / 11a Johannesburg/Paris / 2a LA / 5a NYC on Apple Music.

Nigerian Afropop singer-songwriter Ninety—Apple Music’s latest Up Next: Nigeria artist—is the latest artist featured from Apple Music’s Africa Rising playlist, a campaign which shines a light on the next generation of African superstars, and this week’s show features his singles, “Hold My Side,” and “Somebody.” Listen HERE.

Each week, LootLove chooses her favourite track, taken from one of Apple Music’s African playlists. This week she spotlights South African singer-songwriter Manana and his track, “In The Morning,” from Apple Music’s Mzansi Soul playlist. Listen HERE, and catch all of LootLove’s picks on Apple Music’s LootLoves playlist HERE.

Tune in and listen to the full episode at a special time this Saturday, May 21st at 10a Lagos/London / 11a Johannesburg/Paris / 2a LA / 5a NYC on Apple Music 1.

We’re almost never in the studio at the same time. He usually makes his own beats separately and I make my own beats separately, then we just exchange the projects and finish off each other’s projects. We just give each other space – he does his own thing, I do my own thing then once we’re done we’ll share what we have done, he’ll edit whatever I’ve done and I’ll edit whatever he did, then it becomes a full song.

So basically we’ve only tried experimenting with two genres, Bacardi and… I forgot the name of the sound but it’s from Angola so we’ve tried experimenting with those two sounds and a bit of soulfulness, because most of the people know us for being hardcore producers that make like loud music all the time, so we tried making it soulful but keeping that element at the same time. The whole EP is Bacardi, basically.

Mellow & Sleazy on exciting talent showcased on their new EP

The underground talent that we have on our EP… the first one is M.J, he’s a rapper and singer. He’s been on a lot of hits actually, he’s one of the vocalists that we always work with because he’s very versatile. He can do what five vocalists can do in the studio, so that’s why we’re always working with him. Another one is Matute Boy. Bacardi usually needs someone to rap fast, and with the lingo… and who else? Azi! Azi is a singer, we’ve just started working with him now, he’s very very new but he’s too much. I’ve never heard a voice like that so yeah, we’ll see where that takes us.

Disney+, the streaming service from The Walt Disney Company (https://TheWaltDisneyCompany.com), launches today in South Africa. Standard pricing at launch is confirmed at R119 per month, or R1190 for an annual subscription, with sign-up information available at DisneyPlus.com.

With over 1000 films, more than 1500 series and a slate of 200 exclusive Originals from Disney, Pixar, Marvel, Star Wars, National Geographic and general entertainment from Star, Disney+ offers fans the greatest stories, all in one place.

Previously announced, subscribers will have access to Star Wars’ “The Book of Boba Fett”, both seasons of “The Mandalorian” and, from 27 May, the highly anticipated “Obi-Wan Kenobi”. In addition, Disney+ will be the home of the entire Skywalker saga, with Star WarsEpisodes 1 through 9 streaming on the service.

Confirmed from launch, superhero fans will have access to over 60 Marvel Studios’ films including Academy Award®-nominated “Shang-Chi and the Legend of The Ten Rings”, “Eternals”, “Avengers: Endgame” and “Captain Marvel”, and over 80 Marvel Studios’ series including “Moon Knight”, “Loki” and “WandaVision”.

National Geographic documentaries including “The Rescue” and “Free Solo”, from Academy Award®-winning directors and producers E. Chai Vasarhelyi and Jimmy Chin, will sit alongside popular National Geographic series such as “The World According To Jeff Goldblum” and “Gordon Ramsay: Uncharted”.

In general entertainment, subscribers will also be able to watch titles including the hit original comedy series “Only Murders in the Building,” limited series “Pam and Tommy”, “The Kardashians”, “Queens”, and mystery thriller “Death on the Nile”, directed by and starring Kenneth Branagh, as well as “The Simpsons” and back seasons of “Grey’s Anatomy”, “9-1-1″, and “Black-ish”.

With unprecedented access to Disney’s vault, beloved classics such as “Cinderella”, “Tangled”, “The Princess and the Frog”, and “The Little Mermaid”, will be available to stream alongside recent blockbusters like “Raya and the Last Dragon”. There will also be hundreds of Disney Channel series, shorts, and specials available to stream, including “Miraculous: Tales of Ladybug & Cat Noir” and “Phineas and Ferb”.

Users will have access to features like high-quality viewing, up to four concurrent streams, 4k video quality for select titles and the ability to set up to seven different profiles, including the ability for parents to create pin-protected profiles, ensuring kids access age-appropriate content.