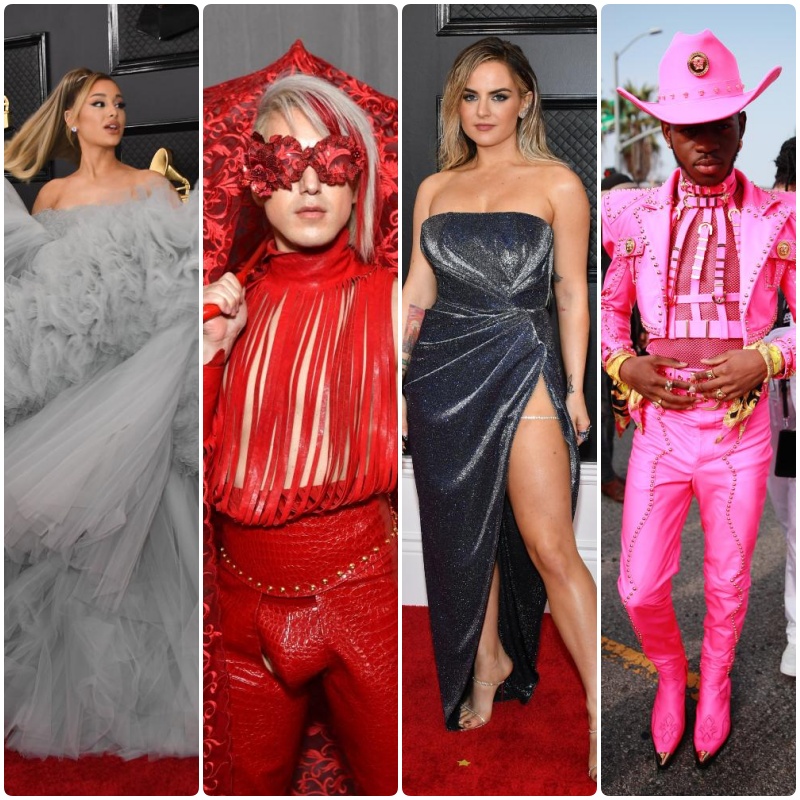 This year’s Grammy Awards are already bathed in controversy. Last week, the organisation’s axed CEO Deborah Dugan made a slew of damaging allegations about the music awards, suggesting they are corrupt.

Then there’s the matter of basketball legend Kobe Bryant’s tragic death in a helicopter crash today, just hours before the Grammys. The ceremony is being held at LA’s Staples Centre, Bryant’s home stadium, and the show is expected to feature several tributes to the sports star.

You can catch up on winner on AmeyawDebrah.com as the event unfolds

Now lets get down to what the stars are wearing

First up, little-known singer Ricky Rebel, who stripped off layer after layer for a red carpet reveal with a pro-Trump message. Here are the pics we can actually publish:

Just in case it rained inside the Staples Centre. Picture: Getty ImagesSource:Getty Images

Doctors said it was the worst case of conjunctivitis they’d ever seen. Picture: Emma McIntyre/Getty Images for The Recording AcademySource:Getty Images

I’m just impressed he was able to write so legibly on his own butt. Picture: VALERIE MACON / AFPSource:AFP

Props to Ariana Grande for giving us a red carpet moment (without having to write on her butt):

Her star exploded in 2019 — will Lizzo go home with a few Grammys tonight?

Congrats to Scottish singer Lewis Capaldi on his baby joy:

Here’s Aussie producer Flume and girlfriend Paige Elkington. The couple who op-shops together stays together:

Wait for it… Picture: APSource:AP

There it is. Picture: VALERIE MACON / AFPSource:AFP

Also wearing her heart on her sleeve, actress Megan Pormer:

Leave (Get Out!) singer JoJo’s looking all grown up: 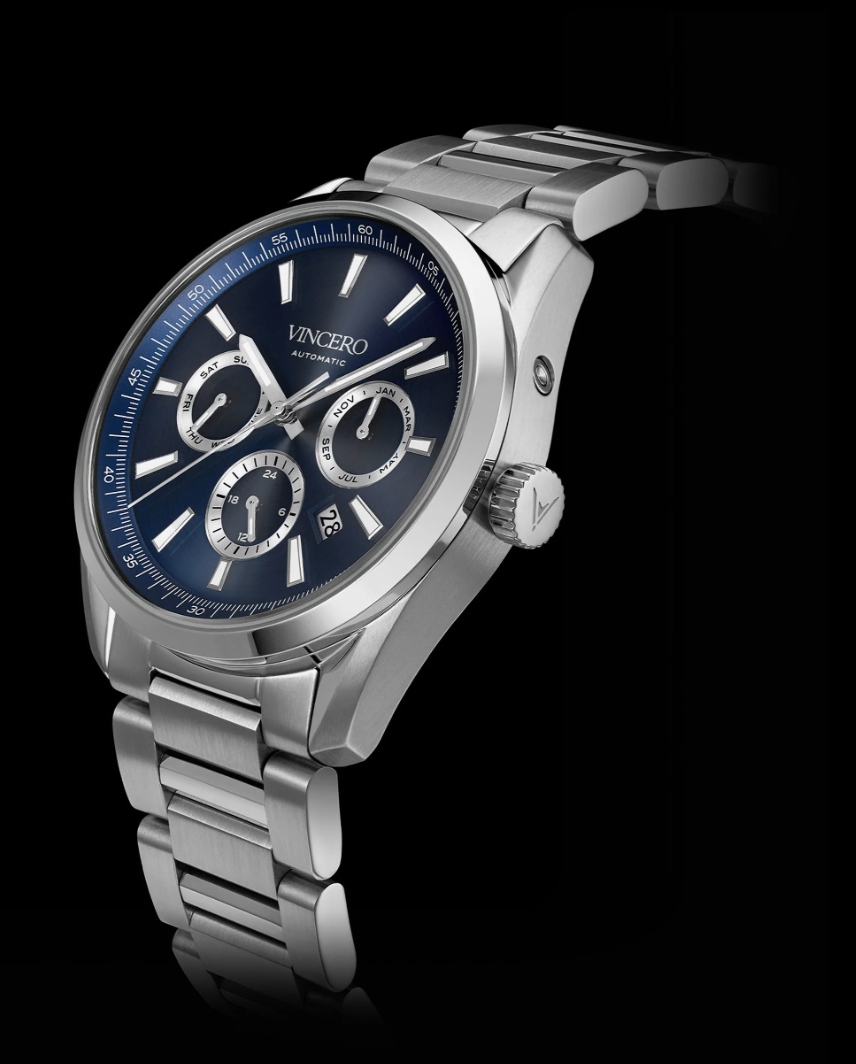 We all know someone who appreciates the finer things in life, whether that be expensive cars or designer bags. During the holidays it can be tricky to find the right gift that not only exudes opulence but is heartfelt. A classic gift that never goes out of style is a sophisticated watch. Vincero, the world’s most innovative and eco-forward brand known for long-lasting and well-crafted accessories, has watches for sure to light up your loved ones’ holiday.

Kleio Steel (For Women) $190 USD- Crafted for a lady with sophisticated taste. The Kleio steel has immaculate features that are not only built to last but are a definite statement piece. The bold designs of this watch are ideal for many occasions from an exquisite holiday dinner to a boardroom meeting. With glass made from sapphire crystals, this watch is scratch-resistant and has a steel brush dial, guaranteeing to elevate your game. 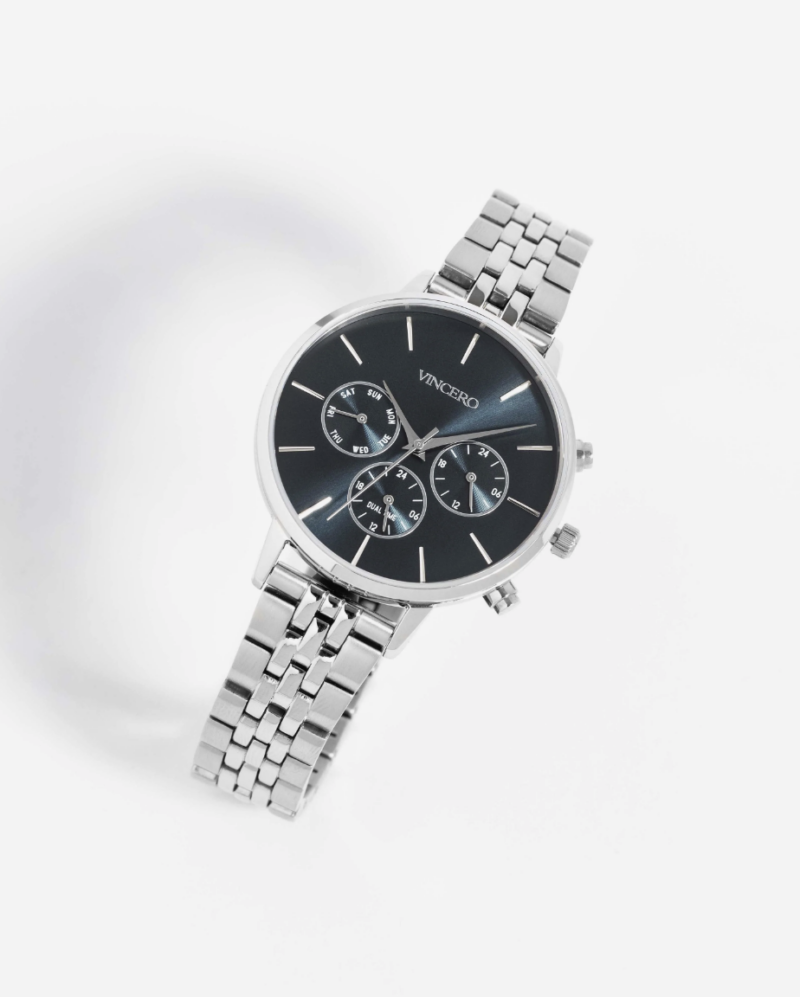 The Reserve Automatic (For Men) $595 USD- This timeless watch has a modern yet refined design. With bold yet elegantly detailed features The Reverse Automatic is yearning to be placed on the most opulent of wrists this winter. Made with sapphire crystals and has ultra-reliable Miyota 9120 automatic movement this will allow it to be worn for years and years to come. The futuristic aura the watch exudes allows it to never go out of style and become a definite staple item.

Vincero is ready to up the game when it comes to not only luxury watches but the perfect holiday present.

Vincero has left a mark in the fashion industry since its launch, adding dozens of different products to their arsenal, including sunglasses, blue light glasses and bracelets. To find out more information, head to the website: vincerocollective.com and follow on Instagram @VinceroCollective for news and offers. 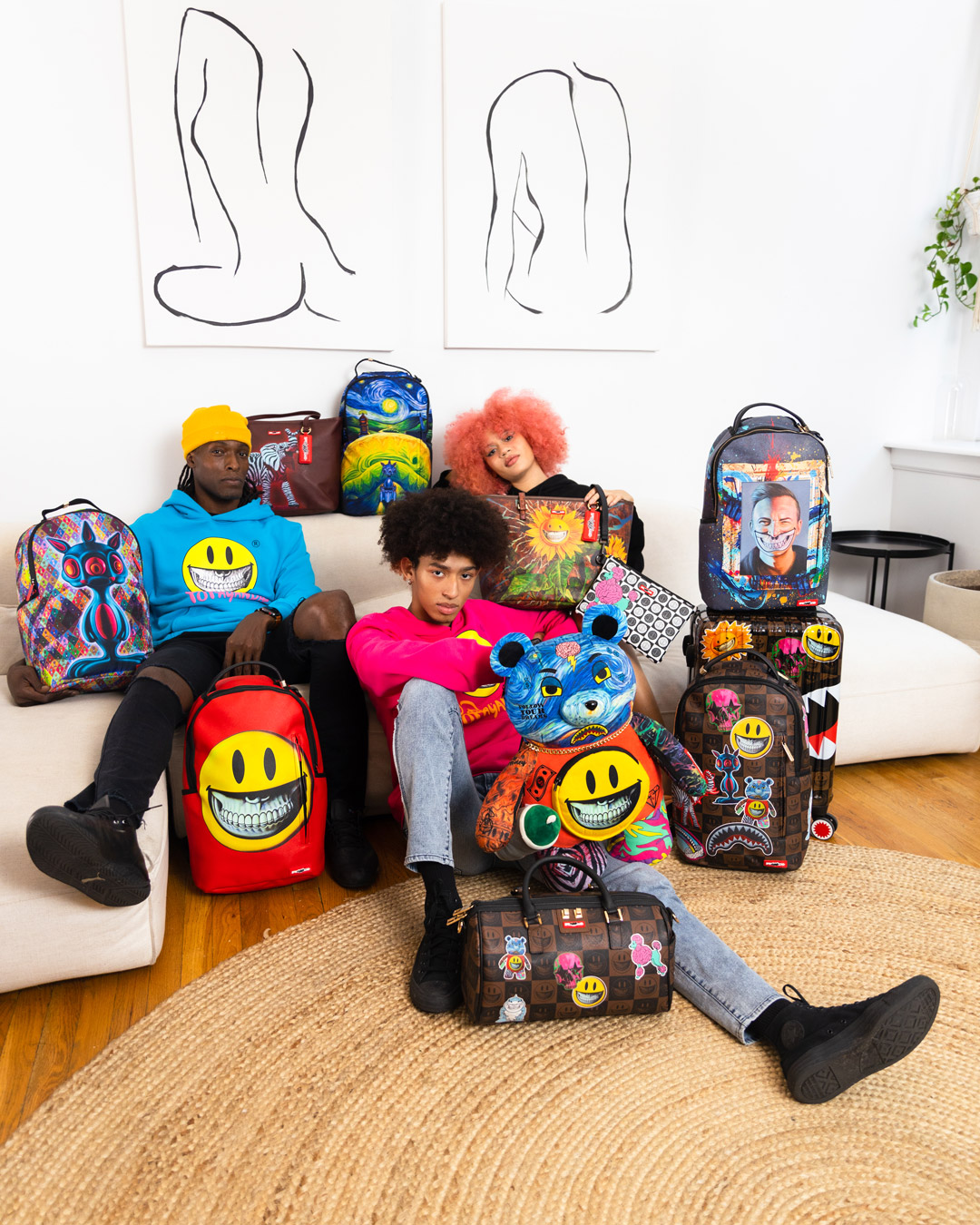 Expressive fashion house Sprayground, the most influential streetwear brand known for its thought-provoking and innovative designs, has teamed up with two of the most prolific artists, Ron English and Florian Reinhardt (EXIT ART) to launch two exclusive collections at Art Basel 2022.

Ron English’s highly coveted collection features 13 beautiful, eclectic, unique designs, with a high dose of energy through its vivid colors and patterns paired with Popaganda’s smiley face logo. These designs include an eccentric zebra-patterned elephant handbag, vibrant poodle pouchette, futuristic rabbit backpack, and Vincent Van Gogh-esque landscape backpack. This collection speaks to its audience in colorful inspirations with vibrant and bright pinks, teals, reds, yellows, and blues. The iconic smiley face can be seen on Sprayground’s well known bear bag, carry on, three additional backpacks, mini duffle, smiley sunflower tote, and hoodies in black, neon pink, and a vibrant blue. The Sprayground x Ron English collection will be showcased for the first time during a private event at The Museum of Graffiti, Wynwood, on December 1. 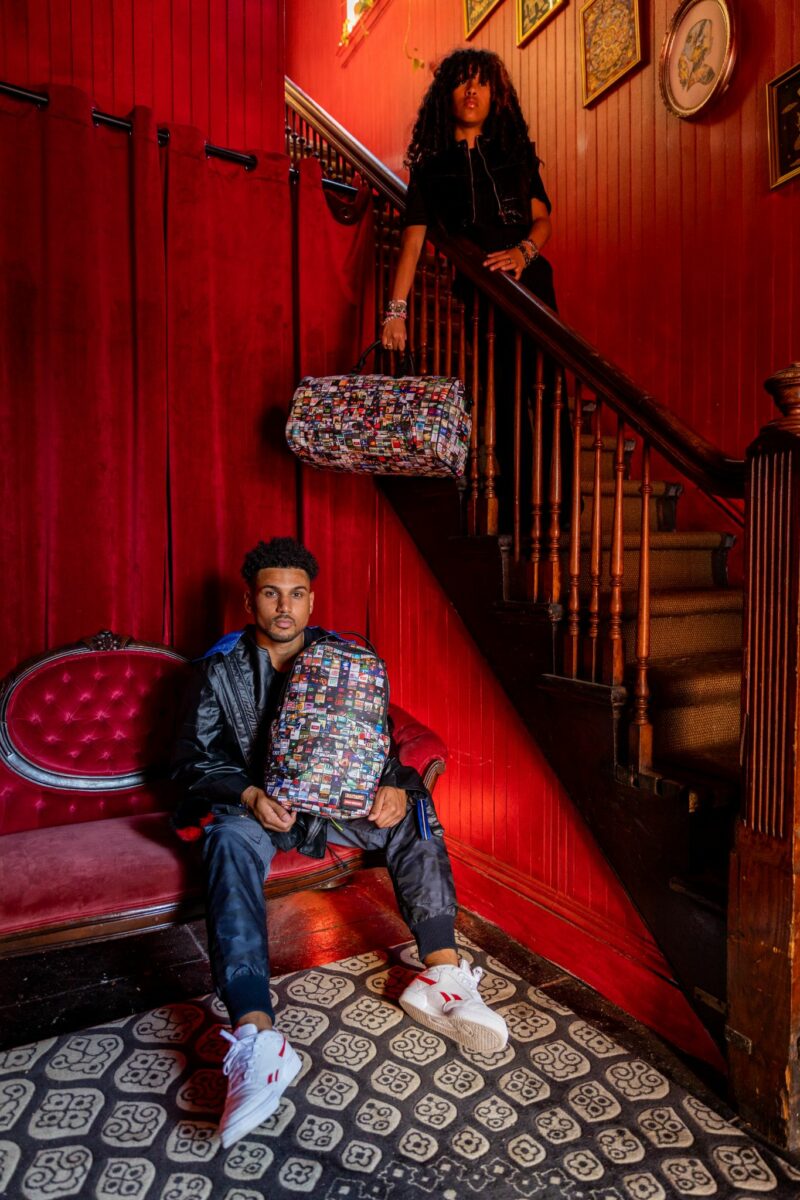 Sprayground’s collection with EXIT ART features Reinhardt’s signature eye-catching snapshots of exit signs on Sprayground’s new handbag style, duffle bag, and backpack. Reinhardt fantasizes of freedom and dreams of new beginnings, creating these vivid scenes of signs that provide hints of a way out. Each bag has an explosion of snapshots Reinhardt captured in eclectic and vibrant colors paired with Spraygrounds iconic and collectible art-piece – the Shark Mouth design. This collection will launch at the Rudolf Budja gallery on December 1, at an exclusive event sponsored by Rolls Royce.

Sprayground first captured worldwide attention when the ‘Hello My Name’ backpack debuted over 10 years ago. Sprayground founder, David BenDavid (DBD), had high hopes to create a brand that he felt represented his childhood and upbringing. Exposed to streetwear, art and a variety of cultures from a young age, DBD took all this inspiration and turned it into creativity that is now admired worldwide.

For more news and exclusive first looks, head to @sprayground. 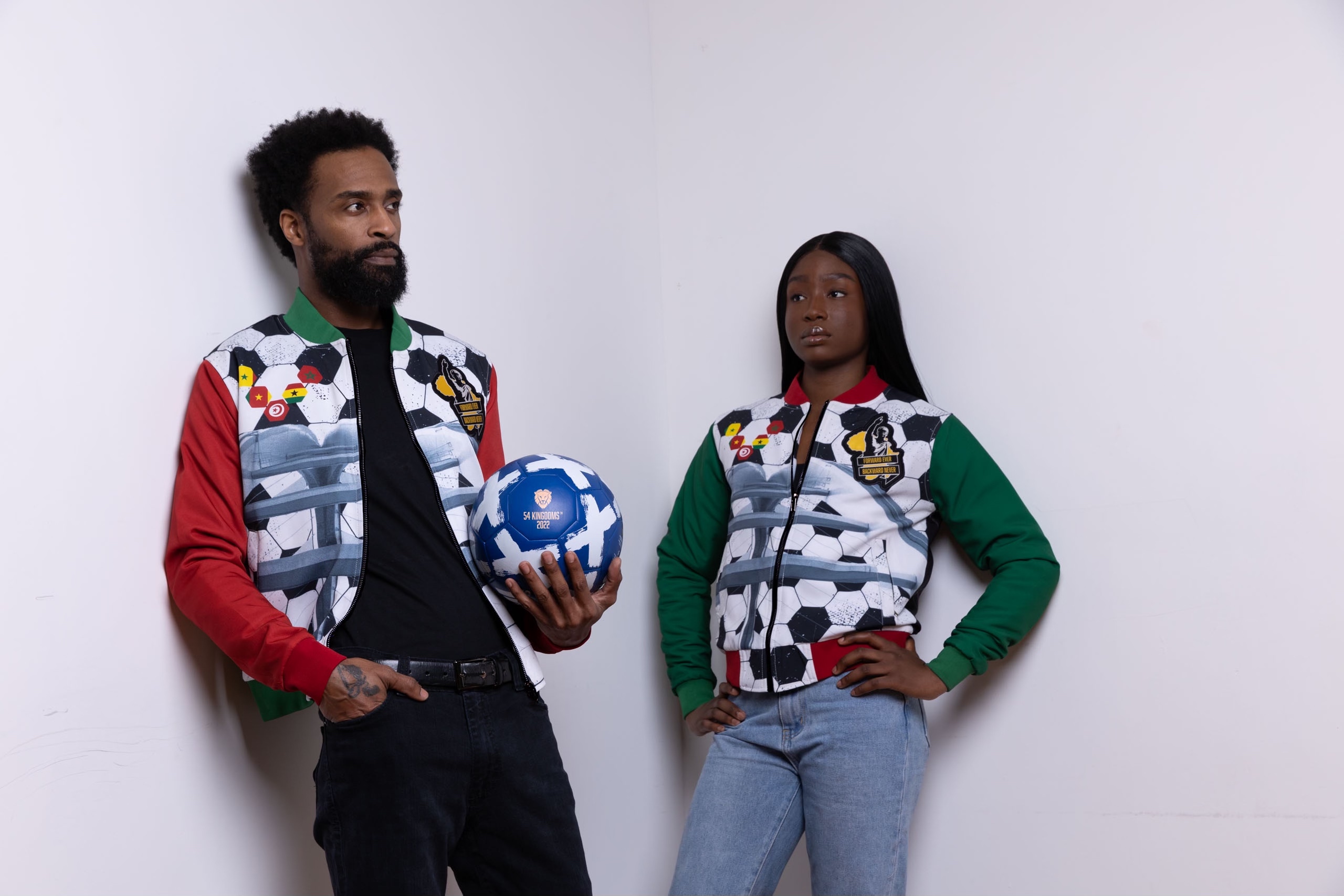 The 2022 FIFA World Cup just kicked off in Qatar, where Africa is being represented by Cameroon, Ghana, Morocco, Senegal and Tunisia.

For most Africans, the tournament is a platform that reinforces continental unity, helping bridge the gap between Africans on the continent, and Diasporans globally. Since 2010, when South Africa became the first African country to host the tournament, 54 Kingdoms embarked on a creative journey of designing collections inspired by the United African vision engineered by the honorable Dr. Kwame Nkrumah.

Forward Ever, Backward Never is the final World Cup collection by 54 Kingdoms as the company reaches the last phase of its unity design blueprint. The blueprint, which is primarily inspired by Pan-African giants, Dr. Kwame Nkrumah and Marcus Garvey ― aims to give the continent a larger vision of itself via four main themes: Educate, Unite, Build and Progress. Each collection is tied to a theme dating back to Homecoming in 2010 (Educate), Score for Unity in 2014 (Unite), and Goal 54 in 2018 (Build).

“This is a bittersweet moment for us. As storytellers, one of the hardest things is to write an ending for any story, and unfortunately the end has come for our World Cup collection series. This creative journey started with inspiration from Dr. Nkrumah and will end with him. Hence, a collection paying homage to one of his profound statements, Forward Ever, Backward Never” ~ Kwaku Awuah, 54 Kingdoms President.

In the Progress phase, the Forward Ever, Backward Never (FEBN) design seeks to echo Nkrumah’s larger vision of a united and developed Africa free of any form of colonial rule. However, ‘Forward Ever, Backward Never’ also means Africa shouldn’t bemoan its past misdeeds all the time; we should forge ahead, but when a similar challenge resurfaces, we look back and remind ourselves that we shouldn’t make the same mistake again.

Throughout this tournament, Forward Ever, Backward Never is a reminder to Africa’s representatives to push forward even when it seems impossible, and never look back!

The Forward Ever, Backward Never is a limited edition collection available for pre-orders on November 23, 2022 with expected shipment starting on December 9, 2022. More details will be updated on the 54 Kingdoms website soon! 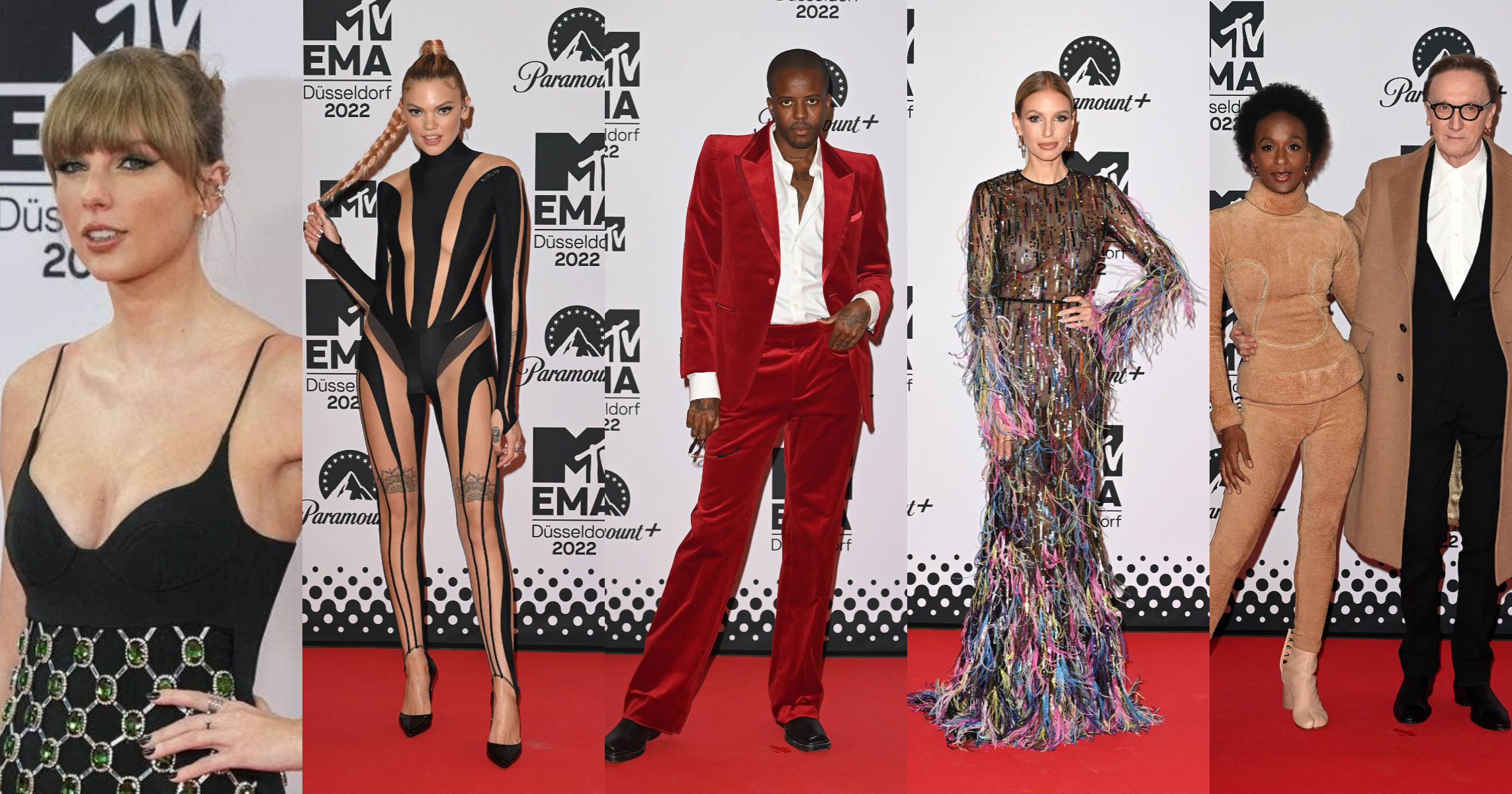 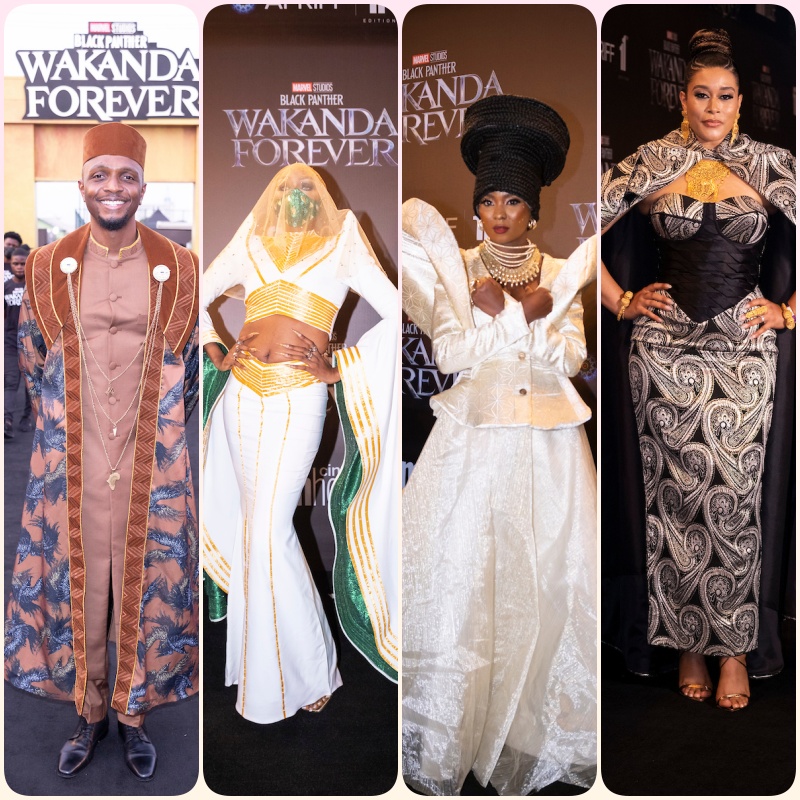 Also present were some of the Nigerian showbiz’s leading men and women. Here is what some of them wore to the Wakanda-themed premiere! 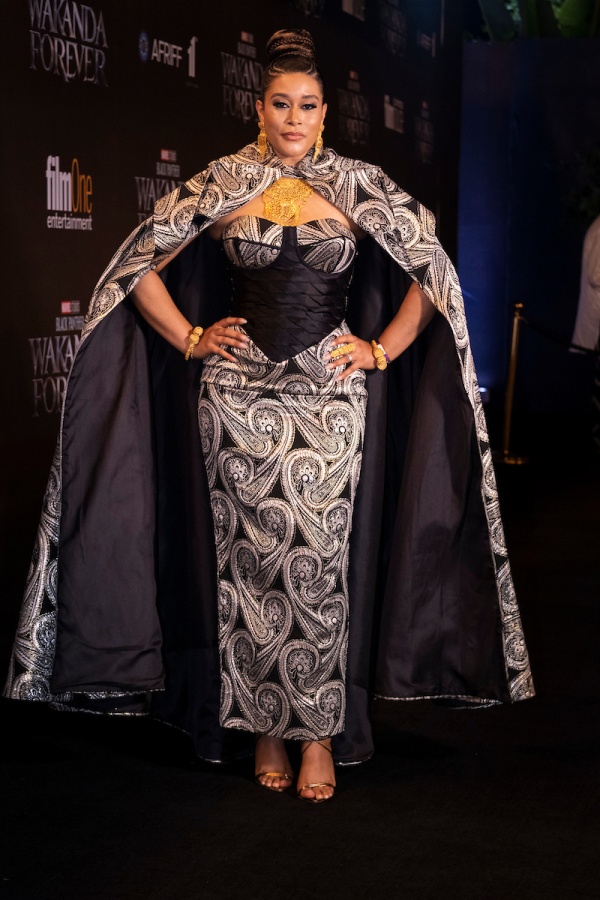 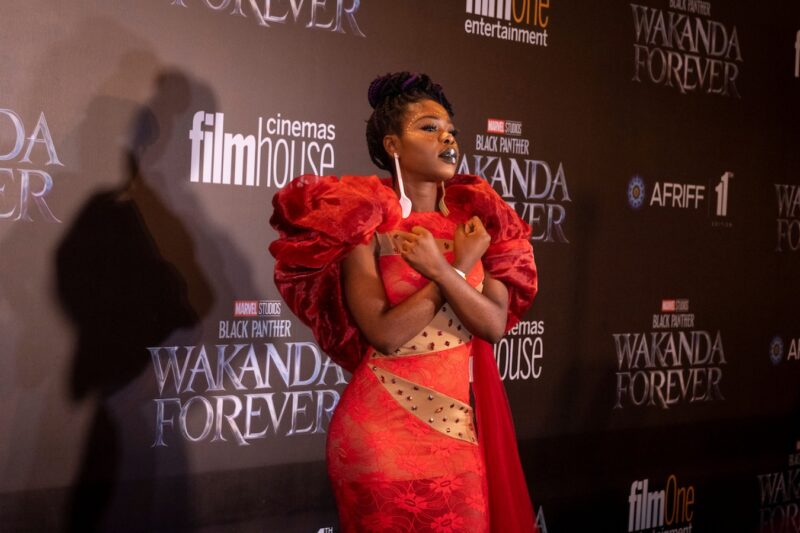 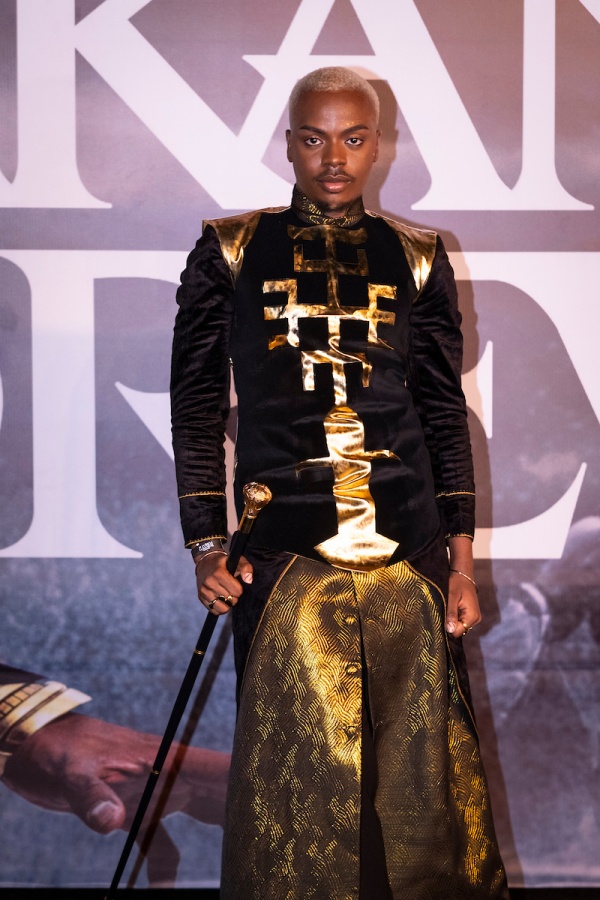 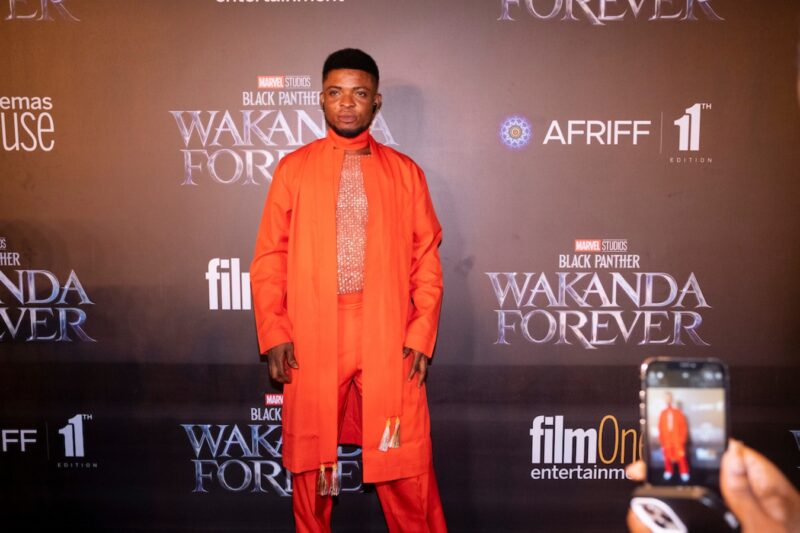 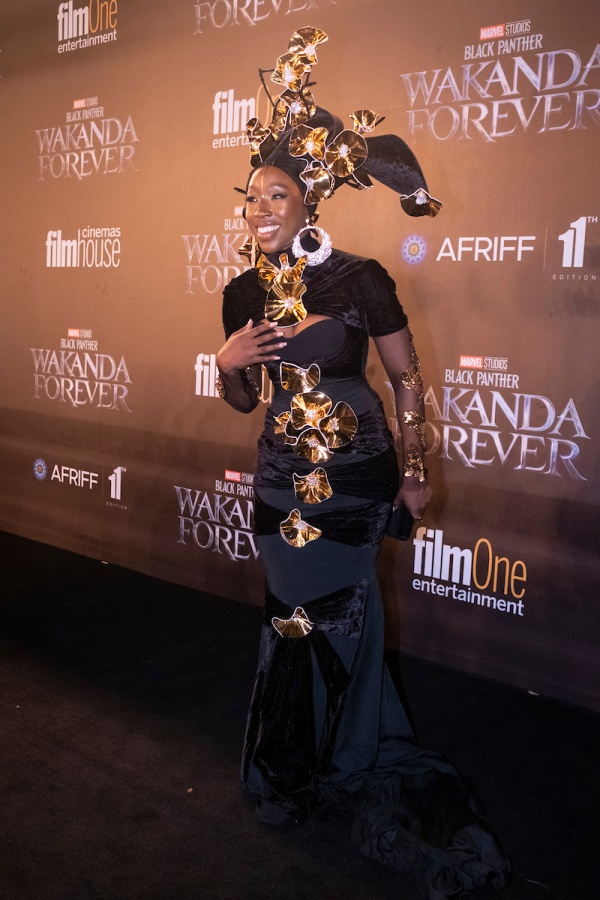 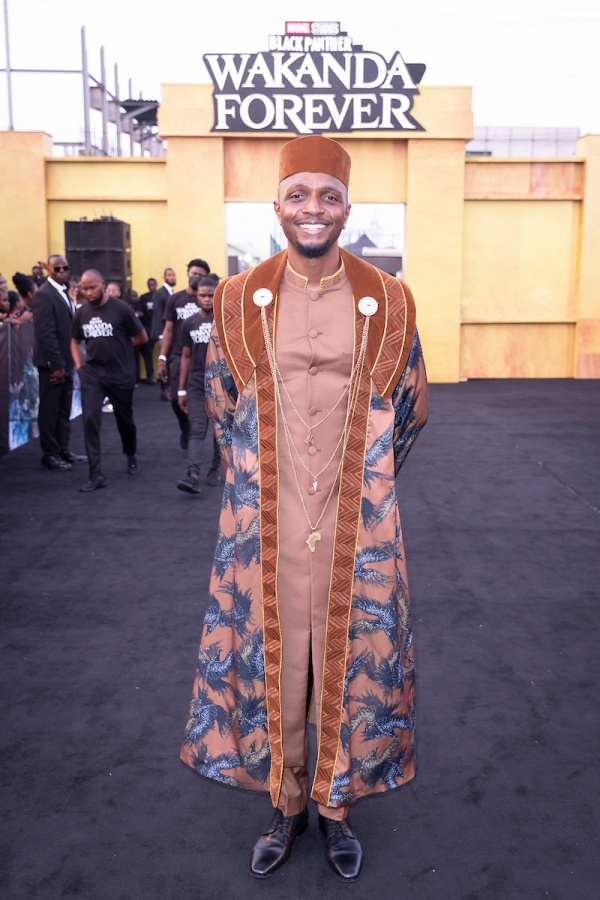 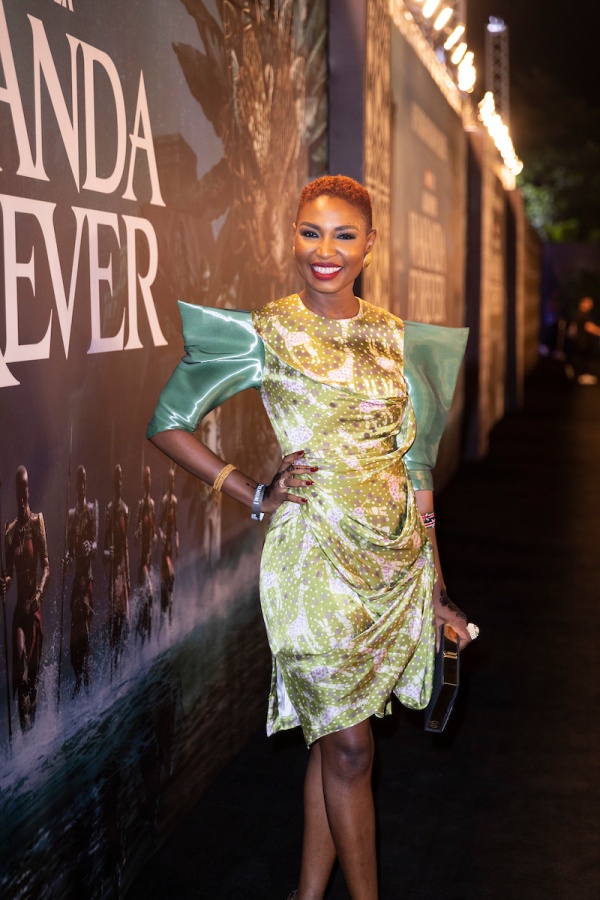 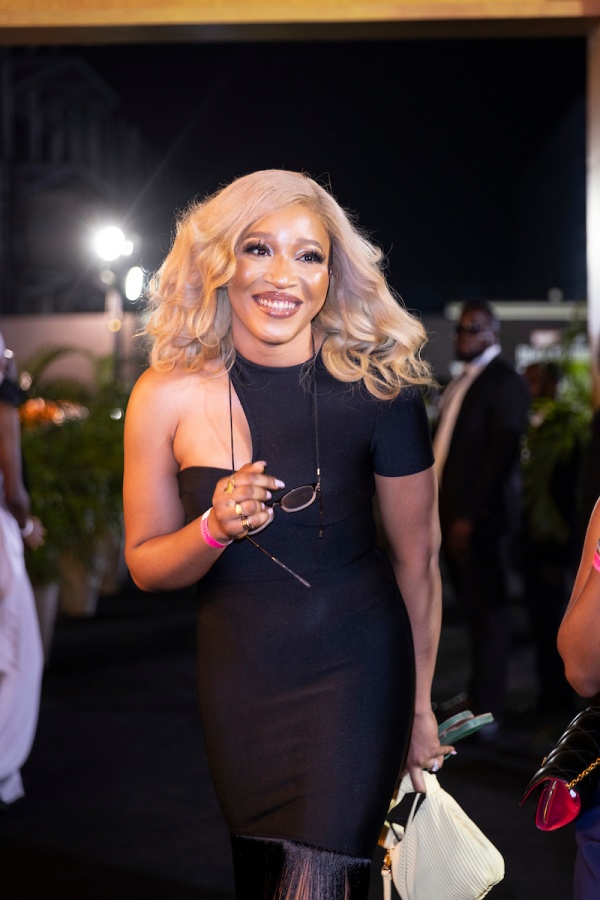 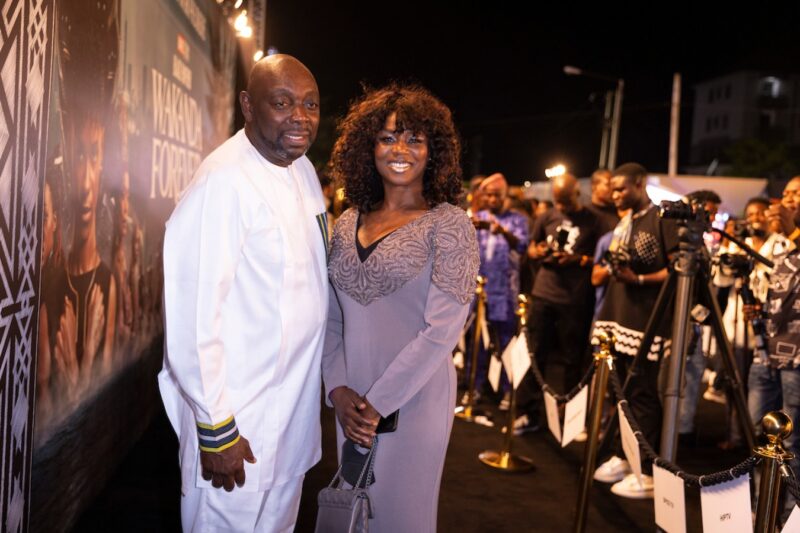 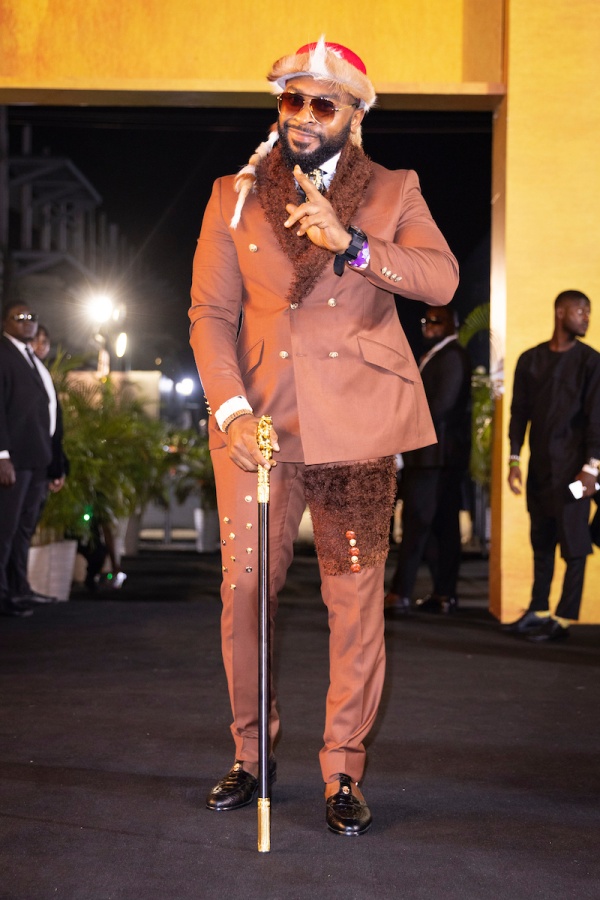 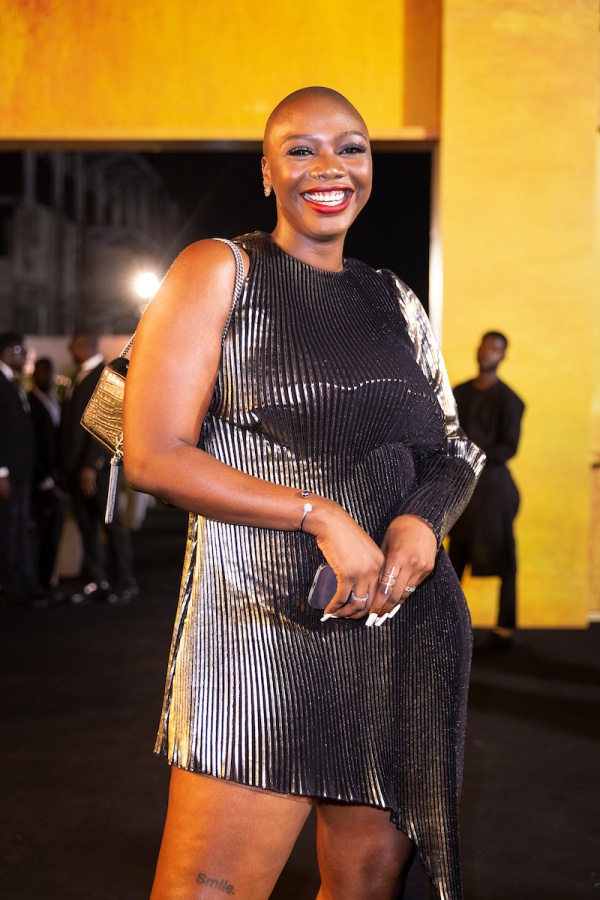 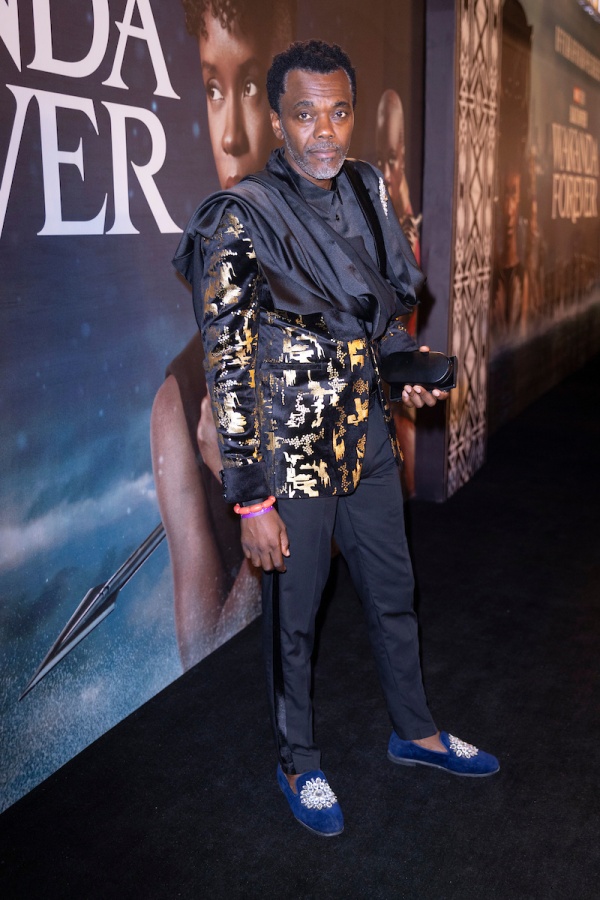 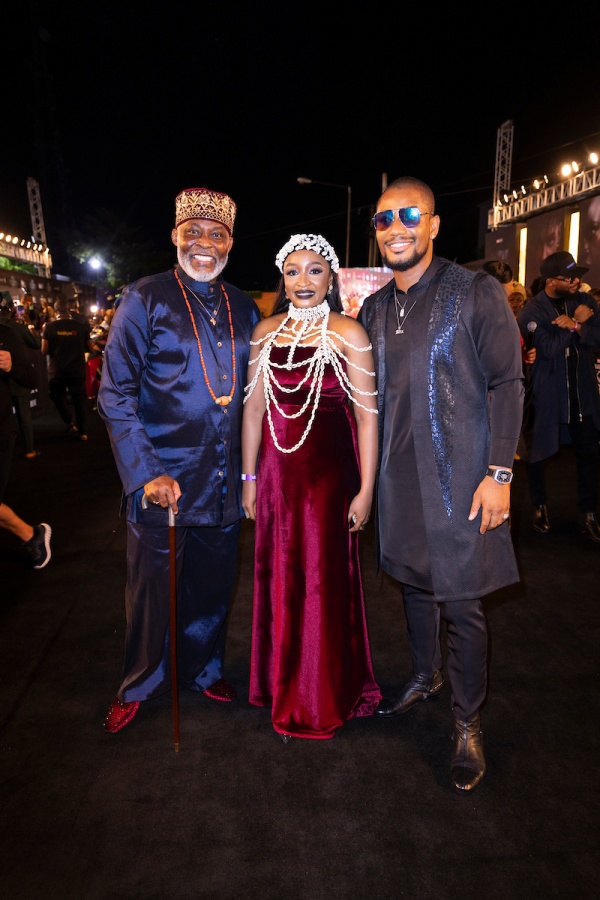 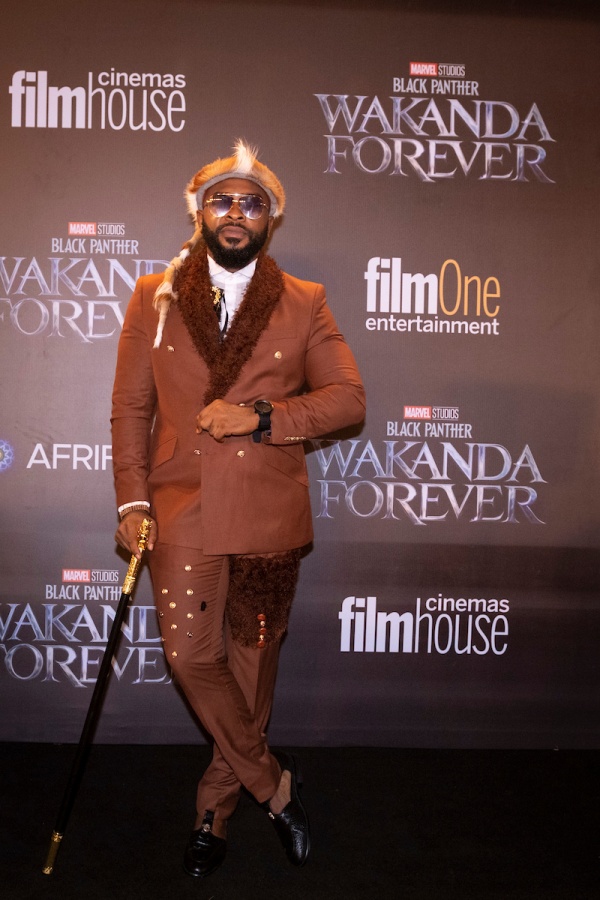 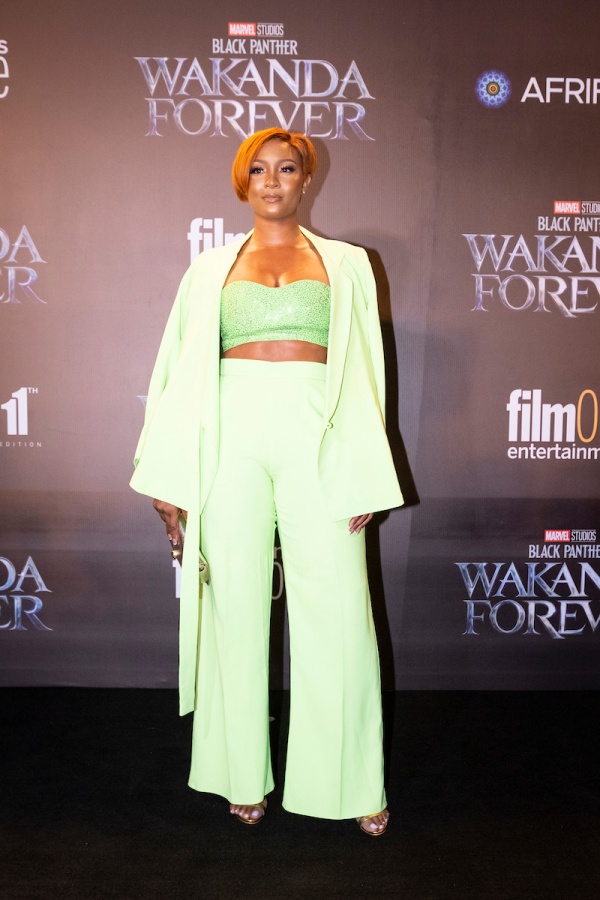 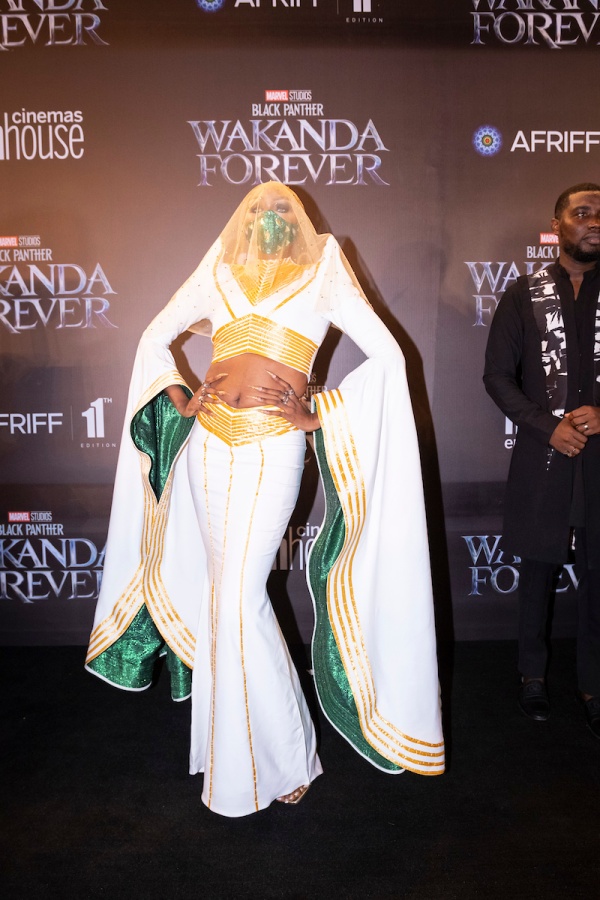 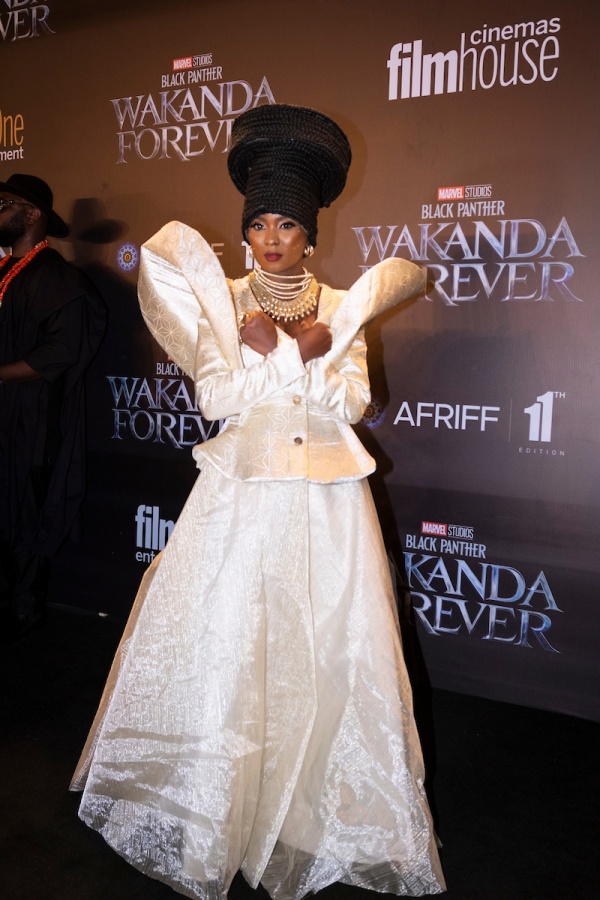 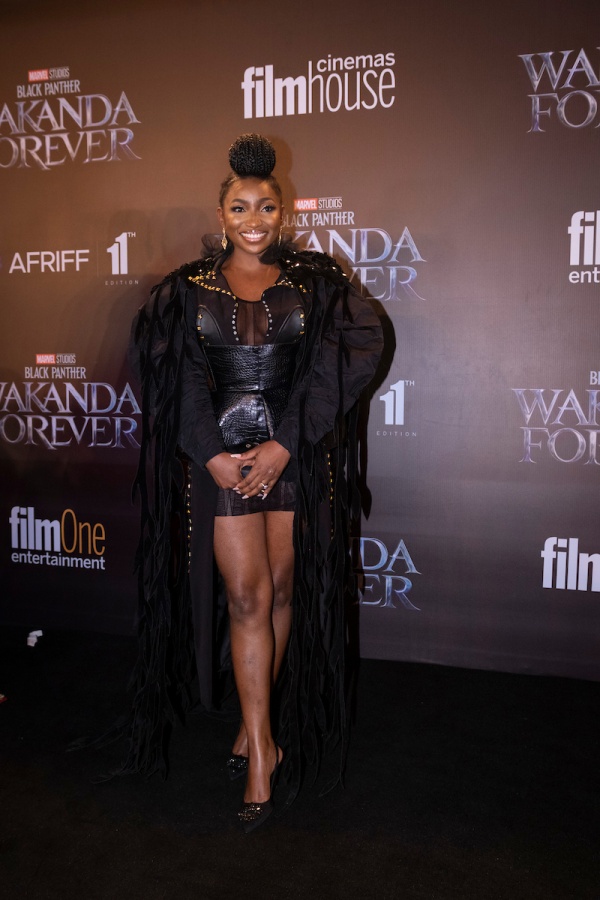 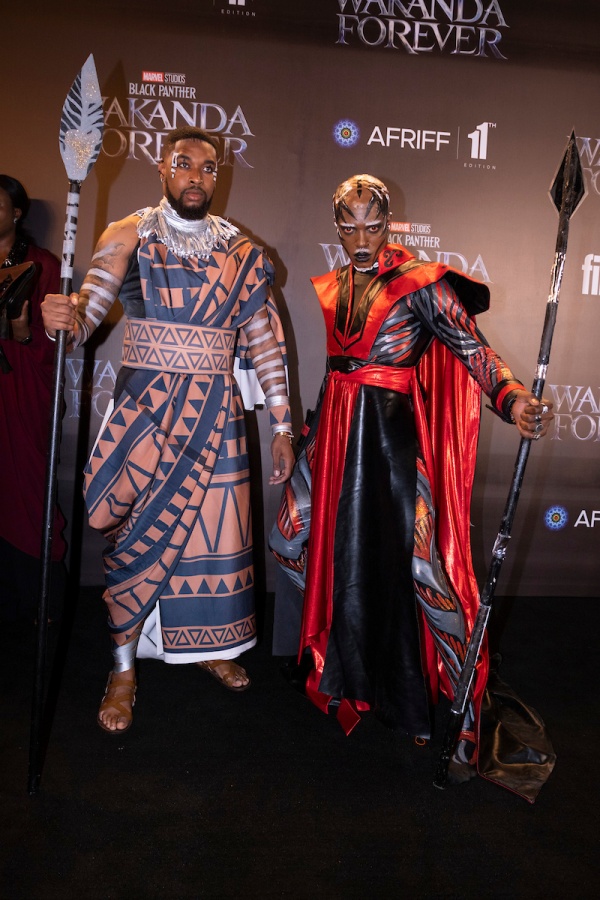 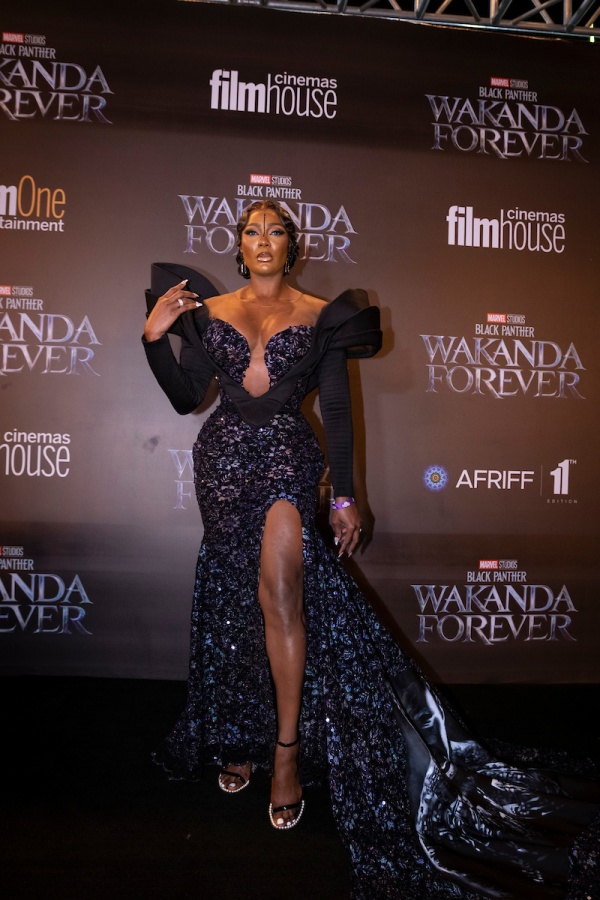 Marvel Studios’ Black Panther remains the number one film in both East and West Africa and, in Black Panther: Wakanda Forever, fans will welcome back some familiar faces whilst being introduced to brand new characters. In the film, Queen Ramonda (Angela Bassett), Shuri (Letitia Wright), M’Baku (Winston Duke), Okoye (Danai Gurira) and the Dora Milaje (including Florence Kasumba) fight to protect their nation from intervening world powers in the wake of King T’Challa’s death. As the Wakandans strive to embrace their next chapter, the heroes must band together with the help of War Dog Nakia (Lupita Nyong’o) and Everett Ross (Martin Freeman) and forge a new path for the kingdom of Wakanda. Introducing Tenoch Huerta Mejía as Namor, ruler of a hidden undersea nation, the film also stars Dominique Thorne, Michaela Coel, Mabel Cadena and Alex Livinalli. 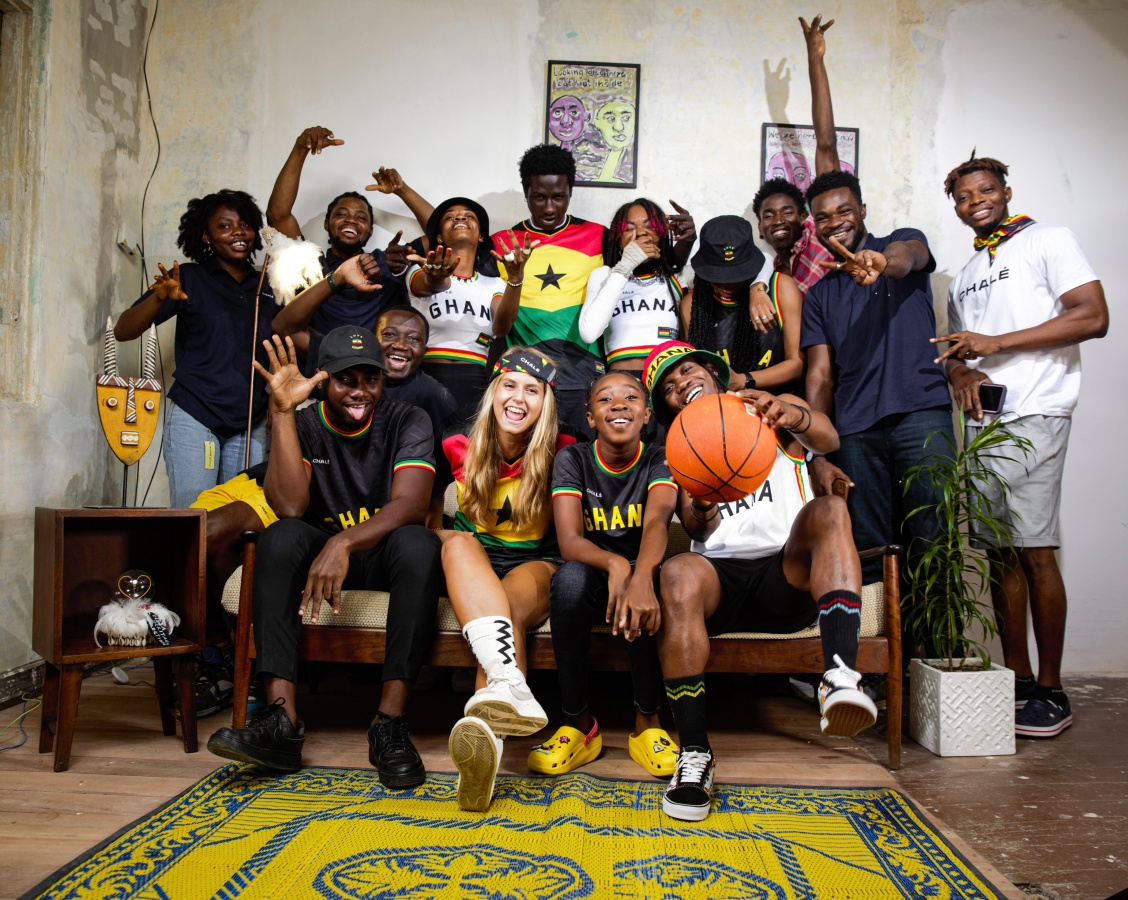