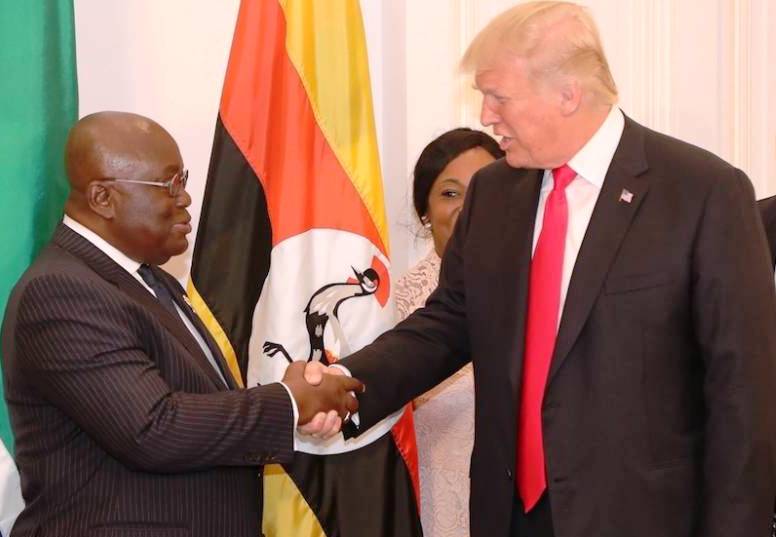 Ghana is one of the countries, which always remains in the shade. It is due to several reasons, one of them being a distance and relatively new pop up into the rest of the world. The country has started to show up more and more and has already attracted the attention of many people from each and every corner. As the interest is rising and the globalization tendency is moving as well, we should at least be slightly acknowledged with the people from this country and their culture. With the list down below, we will focus on the most influential Ghanaian people, who have contributed to the development and formation of the country a lot.

Nana Addo Dankwa Akufo-Addo, (The President of the Ghana Republic)

While talking about the formation of the nation and generally the population of a certain country, it is hard to skip the president and the leader of the country who has contributed the most to it.

Despite the fact that Nana Addo Dankwa Akufo-Addo does not need any introduction at all, as he is the current active president of the Ghana Republic, we would like to say a few kind words about him. Nana Addo is not only the president of the country, but he is also the African Union’s Champion for Gender and Development. This is already a huge step forward to the African country.

Akuffo-Addo has worked hard in order to become the role model for many people and to awaken the responsibility and obligations against oppression in society. The also owns his Law Firm, which is actively working on this topic. He has not once acted against the will and opinions of the conservant Ghanaian society, but he has proved that development and equality are very important. Through his hard work and charismatic character, he received the title of the Incorrigible Personality.

One more reason why he is loved and listened to is because of the fact that he managed to return many African American senators and politicians back to their roots, and thus people of Ghana named 2019 as “The Year of Return”. He increased the popularity of the country and 100% hotel occupancy since last November. What does a person need to do more to be called influential?

Continuing the topic of equality and development, we should mention Ghanaian woman journalist, Nana Aba Amoah. She is one of the most influential women in the social channels of the country. She is a role model for many young girls and has influenced the lives of many, via her enthusiasm, unique outlook on life and her career.

She is very persuasive, talented, hardworking, assertive, composed and those are only a few qualities people characterize her with. This is something that not many Ghanaians can boast with. With a degree in finance and banking, she managed to put all her knowledge and aspiration into journalism.

Nana Aba made her show New Day, on TV3, which is the local TV station, the most-watched in the country. This happened due to the quality product and the very innovative display of the news and facts. Since then she has not once hosted and performed in many top-rated shows and programs. She has 613,6K followers on Twitter, which makes her one of the most influential ladies in Ghana.

While going back to the globalization topic, we should mention the most controversial local artist, who is Shata Wale. his real name is Charles Nii Armah Mensah Jnr. Shatta is one of the most influential Ghanaians, as he has more than 1.5 million followers on Twitter. Wonder how he got all of the fame and his one movement in the country?

Music events are very popular in Ghana and many local artists perform at them. Most of the events are of luxury type, and what is better than hosting events in several VIP casinos and luxury venues? As gambling is a very popular activity in Ghana and many luxury venues belong to casinos, it is not surprising to see some of the most influential Ghanaians play a hand of poker or two. Moreover, the casinos are often hosts of some major public events, as they can offer the highest quality service. Just like many other events, the CharterHouse is held in one of those luxury venues, where Shatta was nominated for one of the nominations. Moreover, this event kinda made him popular. He fought the event for being unfair with regards to awards, and the scandal quickly brought him fame in public.

Nonetheless, he had feuds with some of his colleges and this time the news got the national attention. Now he has grown into the biggest artist in Ghana and has the largest fan base. Many ticket organizers put on the list and have the guarantee of selling every single ticket. What is worth even more attention, is that not only he fights for fairness and equality, but he is also involved in philanthropy and gives away a lot of gifts and rewards to many of his fans.

His latest success can be considered the fact that he has been featured on Beyonce’s Lion King 2019 Album and this even expanded his reach even more. Since this fact, all of the local youths pay even more attention to him and consider him as an empowerment symbol of the youth movement.

Elsie Is well known as the Quiz mistress of the famous National Math and Science Quiz Dr. She has risen to national prominence and gone ahead to inspire thousands of Ghanaian girls. She is a senior lecturer at the University of Ghana School of Engineering’s biomedical department and has gone to the head of the department for many years already.

Kaufmann gained her knowledge and education while studying at the University of Pennsylvania. Despite the great and prosperous features and perspective in the US, she decided to come back to her roots and since then has been an irreplaceable part of the Ghana University.

Her teaching and research focus on tissue engineering, biomaterials, and the application of biomedical engineering concepts to the solution of problems in the Ghanaian context. She has been participating in many programs and shows and has not once spoken for the local girls. Especially since 2016, she has become a true role model for young ladies and she has been encouraging them to take up match and sense as their career paths.

Asantehene also known as Ashanti Chief, is the local traditional ruler. He is one of the most influential people in Ghana and is very popular in the country. Otumfuo Osei Tutu II, or Nana Barima Kwaku Duah, his birth name, has a degree in Human Resources Management and Public Administration, which he gained at the London Metropolitan University.

He has positively influenced the local culture and changed the delegation of traditional rules to mediate and bring peace in one of the northern territories of Ghana, where there were clashes and wars. He successfully completed his mission and brought him even bigger recognition.

Otomfuo Osei Tutu II is the Paramount Chief, who is extremist for the just. He has destooled several chiefs, who abused their power. He takes part in the green movement and plans to plant over 2.5 million trees by the end of the year.

Related Topics:The Most Influential Ghanaians Of All Time
Up Next

Hymns (How I Overcome) – The Eddy Koomson Story