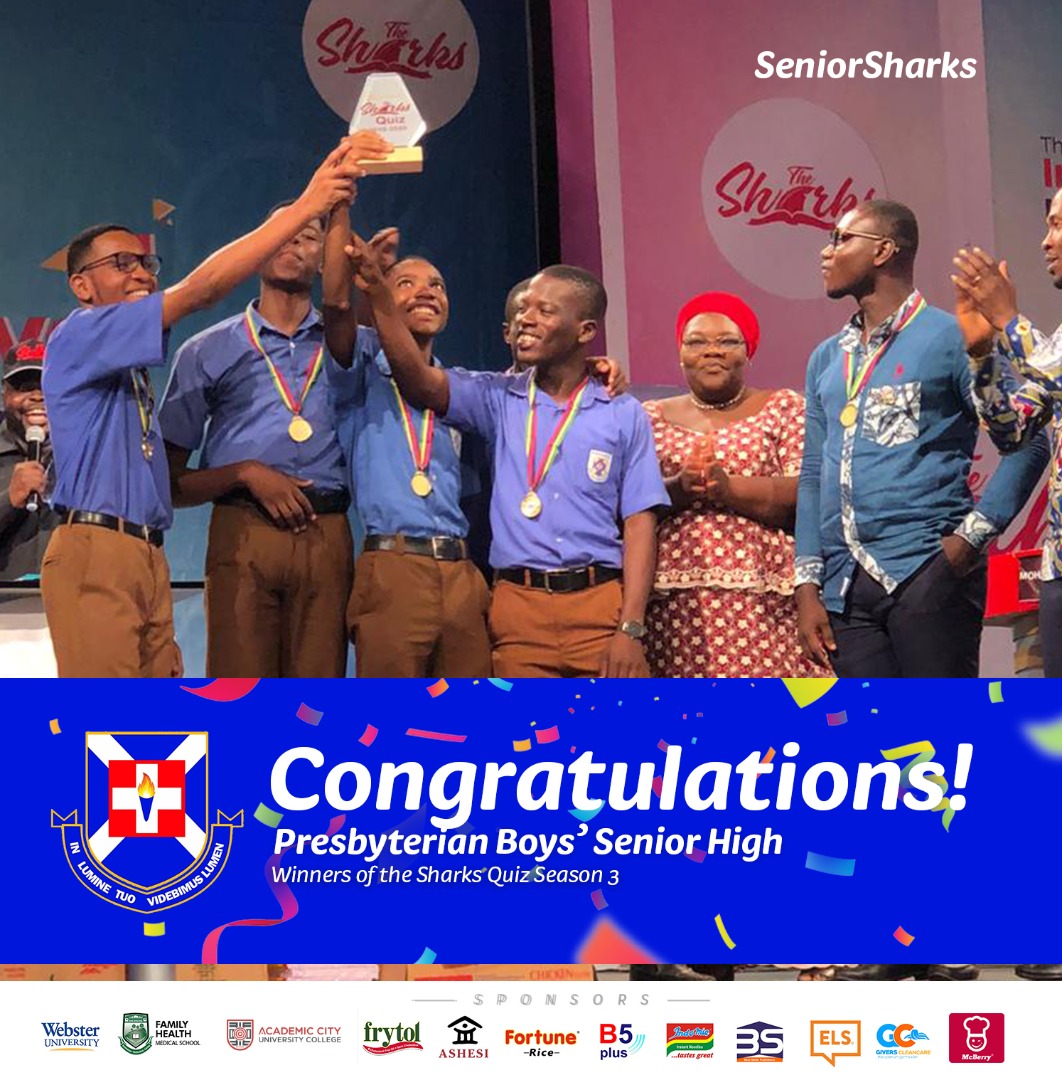 Over the last three months, creativity and brains have been witnessed interworking seamlessly among competing Senior High Schools across the country to secure forward spots and coveted bragging rights in the just ended season three of The Sharks Quiz. Indeed, many failed to make it to the next stages of the competition whereas others proved to be heavyweights by grabbing some stars and adding some more shine to their already glistening names.

In the event of the final showdown which saw Presbyterian Boys Senior High and Mawuli Schools battle each other to win first place, there was an assortment of heightened tension and euphoria. Fate swung low and eventually grips of hope were lost when the Ho contingents allowed the Accra counterparts shoulder them to the side to win the ultimate prize.

Both schools had displayed impressive performances bludgeoning their ways through earlier contests to take on the final stage in what could be termed as “clash of the Titans”. The first round of the contest had Presec Boys pull a staggering 20 lead points ahead of Mawuli’s 40 score. The latter however stamped on their competitors to a 15-0 score in the second round, almost bringing the gap to a parallel length but fell an extra 5 points behind in the third round.

The determining round seemed rather inauspicious and more of a backpedal for the Mawulians as each wrong answer they gave costed them precious points and severed them a negative score in that round. The blue magicians on the other hand held on tightly to their magic wand and waved it to their advantage, conjuring on them; a crown of victory. Presec-Legon graciously drew down the curtains of the third season as winners and the real Sharks!

Related Topics:The Shark Quiz
Up Next