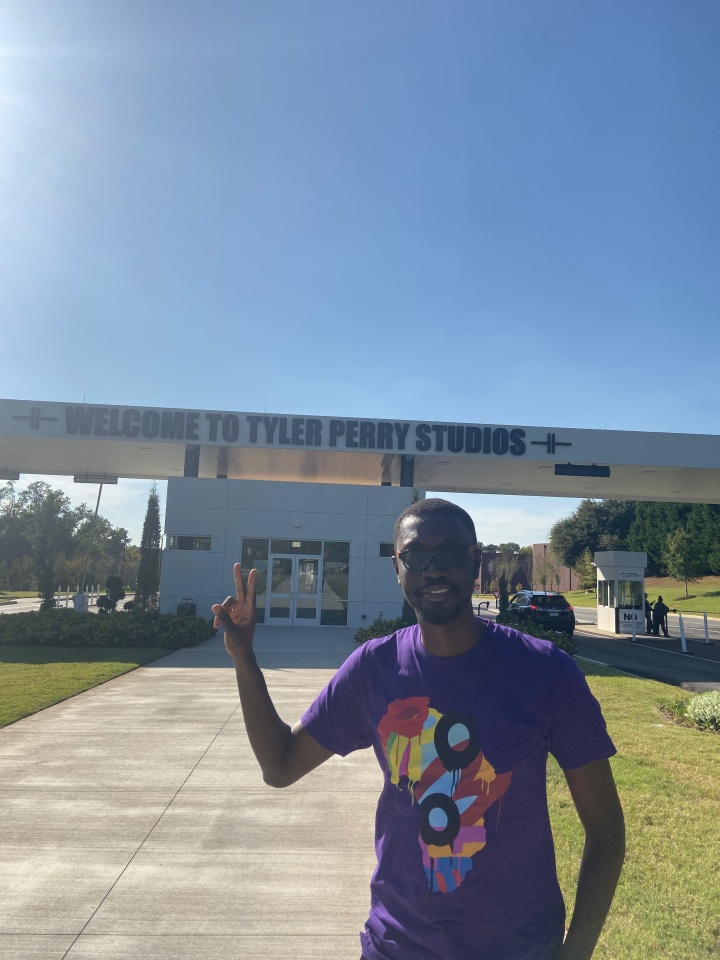 Since the grand opening of the new Tyler Perry Studios, the largest film studio on the East Coast, there has been a lot of demand for fans all over the world to see and experience the studios.

Well, since I was in Atlanta I decided to check it out as well, with my friend. We got online to check the address to the studios and the results suggested the times the studio was open and even how to have tours there. But surprisingly when we got there, we found out it wasn’t open for public tours (unlike Universal, Warner Bros or even the extent of Disney Studio tours).

We were told it is a working studio only and only people working on the various productions are allowed in. Well, we were not alone, there were families from far and near, who had also come to visit and tour the studios. We were only allowed to take photos in front of the studios.

To date, Tyler Perry’s movies, be it ones he’s directed, produced, wrote, starred in, or any combination thereof, have grossed more than $1.6 billion worldwide. Between his 22 movies, 20 plays and eight TV shows, Perry has certainly made the most of his success. To that point, he invested $30 million to buy the former military base in 2015 and has been transforming it ever since.

In those several years, Tyler Perry and his team invested another $250 million. For that money, they’ve got 12 sound stages, but there is plenty more to come. Perry intends to do a lot more in the second phase of his expansion, which will include a six-lane highway, a backlot, a small European town and a lake. That will provide quite a few assets for productions to utilize.

Related Topics:Tyler Perry Studios
Up Next

Feint, Dribble and Strike: 4 of the Best Football Players from Ghana