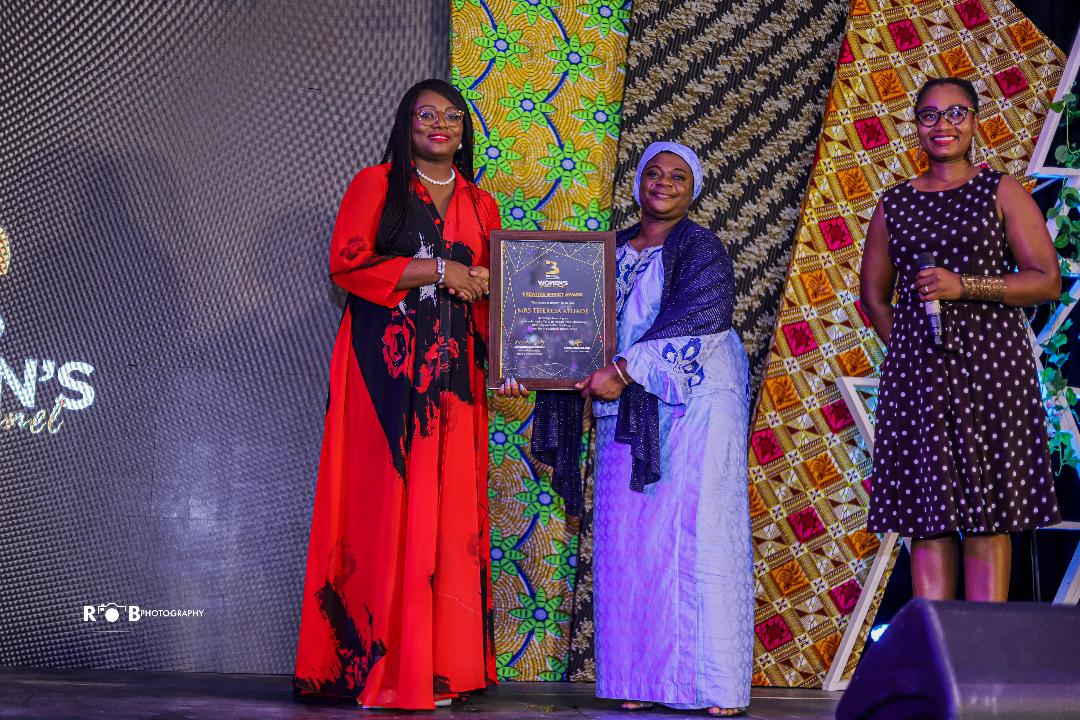 Theresa Ayoade of event company Charterhouse, was on Sunday honoured at the maiden 3Music Women’s Brunch.
Held at the Adae Kese Hall of the La Palm Royal Beach Hotel, she was honoured alongside nine others including Grace Omaboe (Maame Dokono), Akosua Agyepong, Dzifa Gomashie, Daughters of Glorious Jesus, Tagoe Sisters, Heather Badger, Tiwaa of the gospel group Yaw Sarpong and Asomafo and Asabea Cropper.
Playwright, Dramatist, Edicationist, and Child Author, Efua Sutherland, was also honoured posthumously.
Today’s event, which coincided with International Women’s Day, highlighted among other things, the gains made by women in the space, while bringing to the fore, the challenges and opportunities that exist.
Two panel sessions led by Naa Ashorkor and Nhyira Addo of Joy FM, spoke to pertinent issues women in the sector face including sexual exploitation.
Sunday’s event was significant for many reasons as it sought to shore up interest, and consolidate the sustained efforts made over the years in the push for female empowerment within the space and beyond.
Under the leadership of Whitney Boakye-Mensah, and with support from the women on the 3Music Awards board, the 3Music Women Brunch is a social impact initiative designed to make a case for female empowerment and inclusion in the arts and entertainment industry.
Today’s event was held as part of the scheme’s Power of 3 campaign for this year, which focuses on three stands: The Fans, The Music and Impact.
#3MusicAwards20 returns to the Fantasy Dome on March 28. Voting for the main awards night is underway via the short code *447*3#
3Music Awards 2020 is jointly powered by 3Media Networks, Multimedia Group, Fantasy Dome and EandE Ghana.
Related Topics:Akosua AgyepongDaughters of Glorious JesusTagoe SistersTheresa Ayoade
Up Next

Legendary Ghanaian highlife musician and performer, Kwabena Kwabena has revealed what inspires him to get his lyric juices flowing.  END_OF_DOCUMENT_TOKEN_TO_BE_REPLACED

Ghanaian Media Personality, Jessica Opare Saforo has stated that working for close to two decades in the media took the best parts of her life. END_OF_DOCUMENT_TOKEN_TO_BE_REPLACED