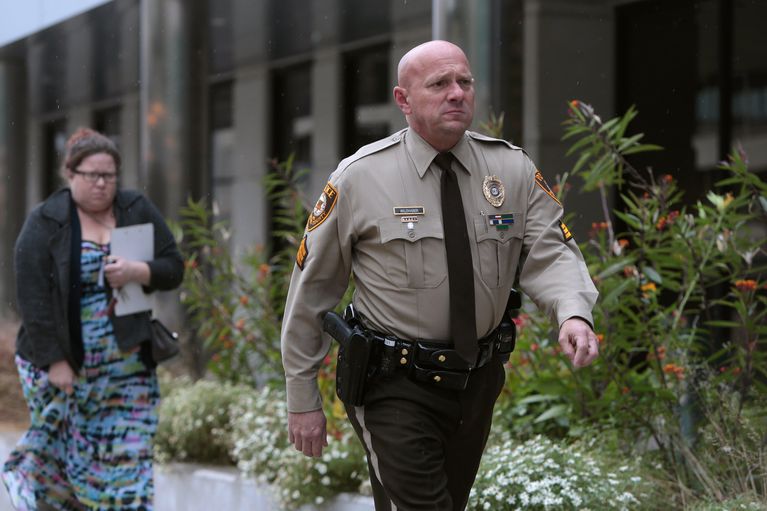 Sgt. Keith Wildhaber, a St. Louis County police sergeant who said the department passed him over for promotions because he is gay has been awarded $19 million in a discrimination lawsuit.  He filed the lawsuit against the St. Louis County Police Department in 2017, after he was told to “tone down your gayness” if he wanted to be promoted to lieutenant.

Wildhaber’s lawsuit details a 2014 incident during which he spoke to a member of the St. Louis County Board of Police Commissioners about a promotion.

John Saracino, who was on the board at the time, allegedly told Wildhaber that the command staff had a problem with his sexuality. “If you ever want to see a white shirt [i.e. get a promotion], you should tone down your gayness,” Saracino said, according to the lawsuit.

County Executive Sam Page wrote in a statement that new members should be appointed to the police board. “[The] time for leadership changes has come and change must start at the top,” Page’s statement read. “An announcement on those appointments is forthcoming.”

The board oversees the police chief, and the current members’ terms are expiring, according to KMOV-TV.

Related Topics:Sgt. Keith Wildhaber
Up Next

10 photos that prove that Sarkodie’s ‘This Is Tema’ Music Festival was a hit!

Why did this carpenter send 33 strangers to college after amassing $3 million in savings ?