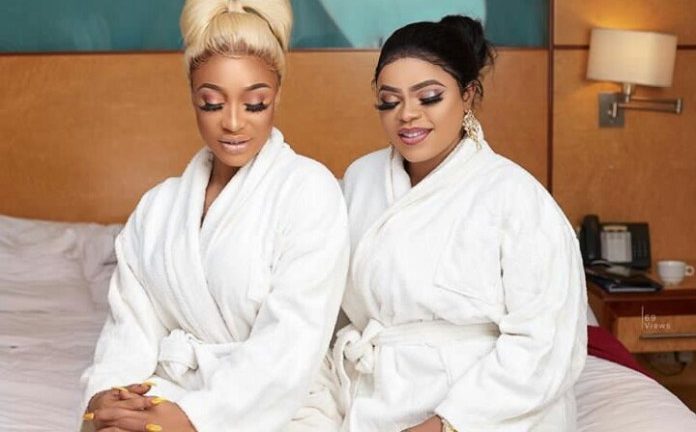 Earlier this year, the two former besties made news headlines after Bobrisky was reported to have called Tonto out for refusing to pay a N5million debt.

Bobrisky however, came out months later to apologise to Tonto Dikeh and fans thought everything was now okay between them, even though the two have not been spotted together in public.

Well, seems not to be the case as the two have taken to social media to air their dirty linen.

According to Tonto Dikeh, Bobrisky is being ungrateful after all the sacrifices she made to make sure she was clean and healthy.

Meanwhile, Bobrisky is also sharing her side of the slander as she also revealed Tonto Dikeh is fighting her because she refused to give her another N5million in addition to her old debt.

“You have never liked me aunty, it was my money that enter ur eye 😂😂😂😂😂😂 I don’t have a problem if you are paying all ur debt but asking for more is a NO . Now no more money you keep writing different motivational notes about me 😂😂😂😂😂😂😂😂,” Bobrisky captioned on Instagram. 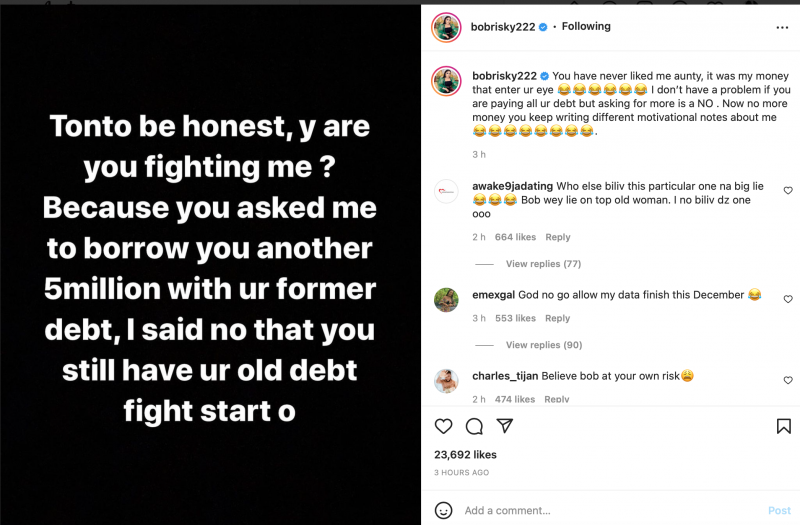 2021 In Review: The painful celebrity deaths that left citizens sad

CEEK is the Netflix for music – KJ Spio

Ghanaian actress, Yvonne Nelson, has come to the defence of veteran actor, Psalm Ajetefio (TT), over his “plead for leftovers” scandal that has hit the country over the past couple of days. END_OF_DOCUMENT_TOKEN_TO_BE_REPLACED

Despite public opinion that actress Yvonne Nelson has gone silent on the current ruling party, the New Patriotic Party (NPP), she begs to differ. END_OF_DOCUMENT_TOKEN_TO_BE_REPLACED

Caring Volunteers Network (CAVNET), INC, a Ghanaian based Non-Governmental Organization has received approval as a tax-exempt organization under the Internal Revenue Code (IRC) section 501 ( c ) (3) of the United States. END_OF_DOCUMENT_TOKEN_TO_BE_REPLACED