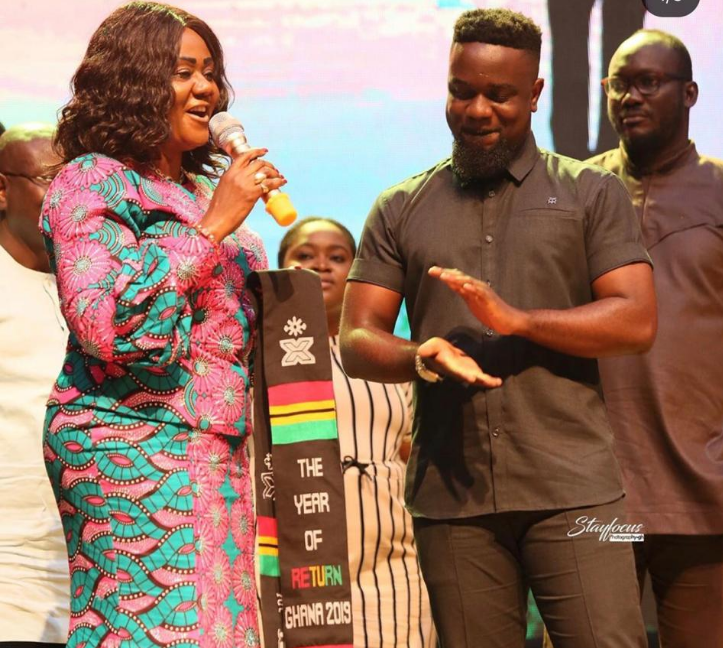 The Minister for Tourism, Arts and Culture, has explained why Ghanaian rapper, Michael Owusu Addo, was appointed ‘Year of Return’ ambassador few months ago.

According to the Minister, Barbara Oteng Gyasi, the artiste, known in the music industry as Sarkodie, was appointed because of his contribution towards the ‘Year of Return’ campaign.

The Minister said this while responding to a question when she took her turn at the ‘Meet-The- Press series on Thursday.

“For that singular effort on such a major international platform we felt that he marketed the ‘Year of Return’ project and therefore he deserved to be made ambassador for the project. Unfortunately, it came at the tail end of the ‘Year of Return’,” she said.

Reacting to his impact as an Ambassador, the Minister said “we are going to involve him very much in activities which are outstanding for this year and we will actually draw a programme for him in the ensuing projects that we are going to launch as a follow-up to the ‘Year of Return’.”

The Minister also announced government’s plans to introduce a 10-year comprehensive project to be launched in January 2020 to sustain the ‘Year of Return’ drive.

What a time to be an African! On the back of a successful Global Citizen Festival in Accra, and a visit of  Recording Academy CEO, Harvey Mason Jr to Ghana, his first trip to West Africa, it appears that Afrobeats may soon get its individual shine at the Grammys! END_OF_DOCUMENT_TOKEN_TO_BE_REPLACED

The School of Graduate Studies of the University of Professional Studies (UPSA) has honoured Ghanaian musician, Rebecca Acheampong known popularly as Becca for her outstanding academic achievements. END_OF_DOCUMENT_TOKEN_TO_BE_REPLACED

Platinum selling artist, KiDi has reacted to the resurfacing of his old tweets on the social media platform. END_OF_DOCUMENT_TOKEN_TO_BE_REPLACED