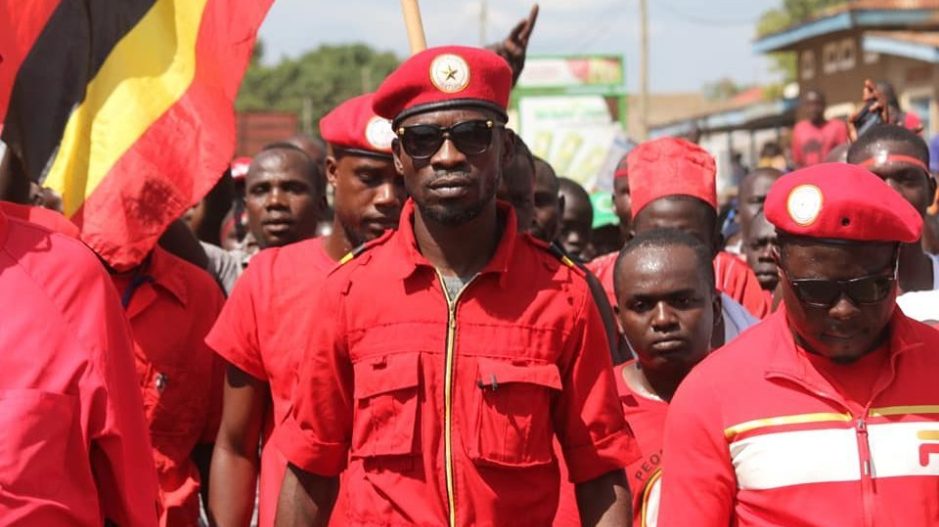 Popular Ugandan pop star and opposition MP Bobi Wine has officially announced that he will run for president in the 2021 election.

The 37-year-old will challenge President Yoweri Museveni, who has been in power for 33 years.

The singer calls himself the “ghetto president”, and is a fierce critic of Mr Museveni.

He was charged with treason last year over the alleged stoning of the presidential convoy.

He denied the charges and was freed on bail.

“On behalf of the people of Uganda I am challenging you [Mr Museveni] to a free and fair election in 2021,” Bobi Wine said at an event in the capital, Kampala, to announce his candidacy.

The singer, whose real name is Robert Kyagulanyi, has been an MP for two years, and portrays himself as a champion of the poor.

Uganda’s parliament approved changes to the constitution last year to scrap the age limit of 75 for presidential candidates.

The move opened the way for the ruling party to nominate Mr Museveni, 74, to run for a sixth term.

His supporters say he needs to remain in office to guarantee stability, and to promote economic development.

There is no motivation for me to marry- Mzbel

Bose Ogulu has told her son Burna Boy to “tone down the madness” as she celebrated his birthday. END_OF_DOCUMENT_TOKEN_TO_BE_REPLACED

The Hewale Lala (Song Of strength) hit maker Perez Musik gets ready to have his first-ever major concert. END_OF_DOCUMENT_TOKEN_TO_BE_REPLACED

Kofi Sonny, CEO of 610Music, a direct representative for Universal Music Group in Africa, unveiled two of his newly signed artistes to the world over the weekend. The event pulled in dignitaries from all over the globe to witness what many have dubbed “the birth of greatness.” END_OF_DOCUMENT_TOKEN_TO_BE_REPLACED

GuiltyBeatz is ringing in the summer! The Grammy-nominated Ghanaian producer and DJ is back with another dazzling solo effort – an Amapiano-infused dance anthem ‘Universe’ featuring Pop sensation, Mr Hudson and buzzing Ghanaian singer, Twitch 4EVA. END_OF_DOCUMENT_TOKEN_TO_BE_REPLACED

The host of Joy FM’s Strong and Sassy, Animwaa Anim-Addo, has tied the knot in a private ceremony. END_OF_DOCUMENT_TOKEN_TO_BE_REPLACED