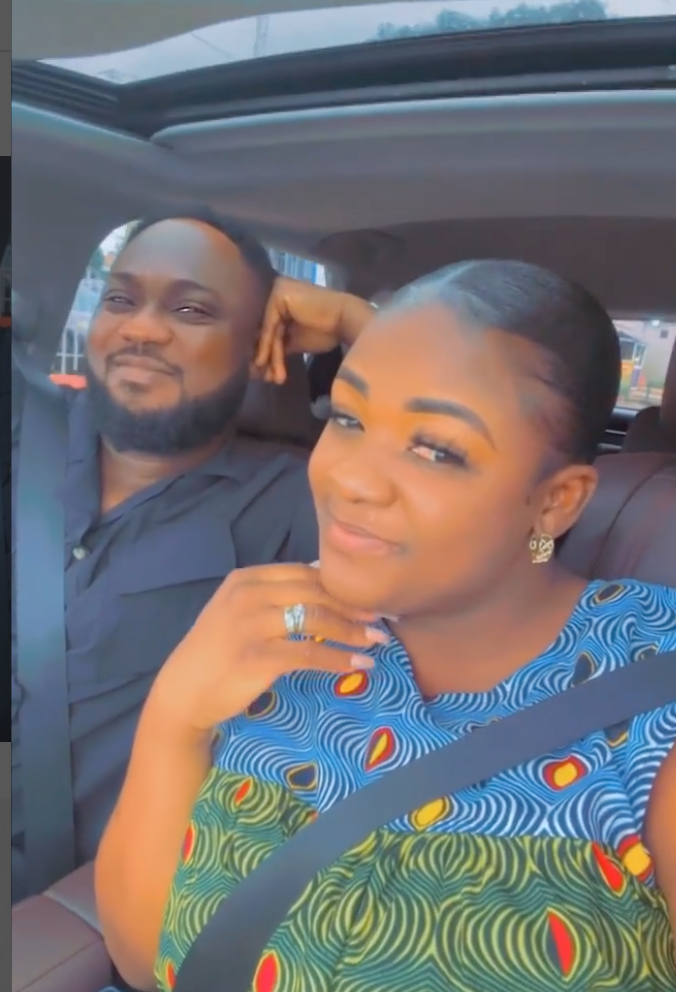 Days after their wedding, the controversy surrounding the “Badu Ntiamoah” union continues to heighten.

After ‘hiding’ her boyfriend and only revealing his identity days to their wedding,Tracey Boakye was met with several rumours surrounding her choice of man.

Frank Badu Ntiamoah, also a Kumawood actor, was reported to have dated actress Vivian Jill for over a decade.

While those claims have neither been confirmed nor denied, Vivian Jill’s recent post on social media seems to suggest that she has a lot to say about their union.

In an Instagram post on Tuesday, August, 2nd, Vivian suggested that she will address the rumours when the time is right.

Read also: I will speak when the time right- Vivian Jill writes following rumours about Tracey Boakye snatching her man

“I will speak when the time right……. but for now de3 M3 NI AHA🥱🥱🥱🥱
Have a peaceful night everyone,” Vivian Jill captioned a video on Instagram.

In a response to Vivian Jill’s post, Tracey’s husband, Badu Ntiamoah, posted a video of them in a car all loved up and cruising in town with the caption;

“Unless they kill God. Yaa, I love you.”

What a time to be an African! On the back of a successful Global Citizen Festival in Accra, and a visit of  Recording Academy CEO, Harvey Mason Jr to Ghana, his first trip to West Africa, it appears that Afrobeats may soon get its individual shine at the Grammys! END_OF_DOCUMENT_TOKEN_TO_BE_REPLACED

The School of Graduate Studies of the University of Professional Studies (UPSA) has honoured Ghanaian musician, Rebecca Acheampong known popularly as Becca for her outstanding academic achievements. END_OF_DOCUMENT_TOKEN_TO_BE_REPLACED

Platinum selling artist, KiDi has reacted to the resurfacing of his old tweets on the social media platform. END_OF_DOCUMENT_TOKEN_TO_BE_REPLACED