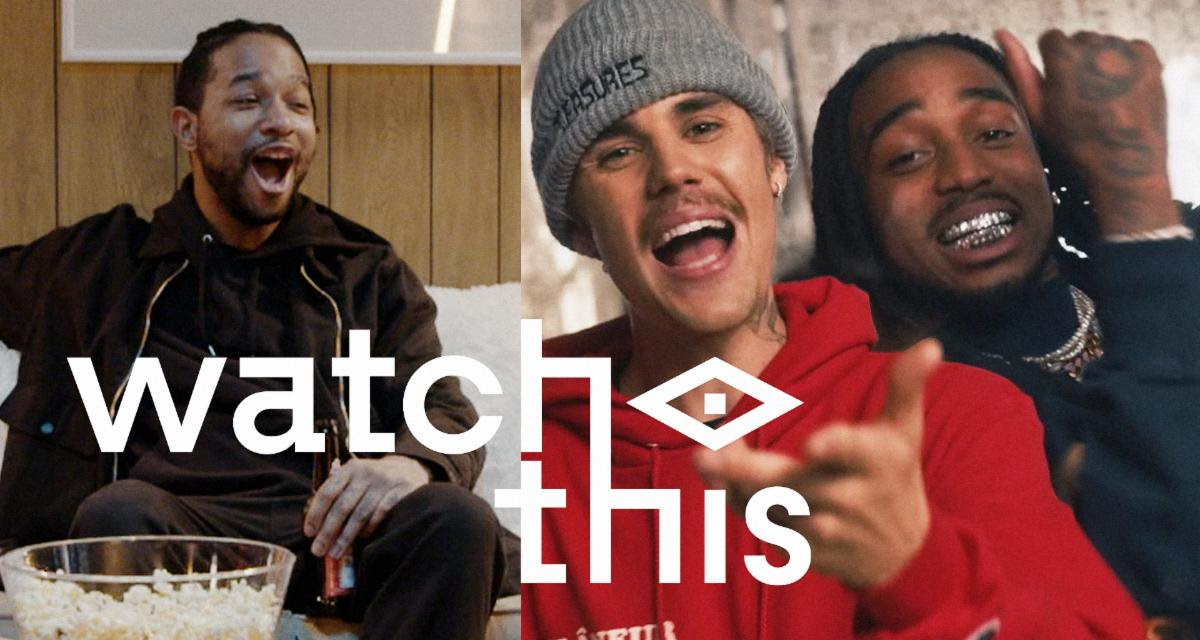 Vevo announces the premiere of a new original series titled Watch This, with the first episode featuring Justin Bieber’s music video for his latest track, “Intentions.” Watch This brings a camera to the “comments” section of a music video.
The show will feature a cast of music fans dropping some entertaining opinions on the latest buzzed-about video titles, the first being “Intentions.” On future episodes, the show will also act as a forum for inside-scoop commentary from the artists themselves as they look back at their music videos, giving a first-hand interpretation on everything from inspiration to impact.

For the release of “Intentions,” Justin Bieber partnered up with the LA-based nonprofit organization Alexandria House, which provides safe and supportive housing for women and children who are transitioning from emergency shelter to economic stability and permanent housing. The “Intentions” music video tells the stories of three “graduates” of Alexandria’s transitional housing program. To honor these incredible women, and the untold stories of so many who show such strength and resilience in difficult times, an Intentions Fund has been established in the amount of $200,000 to support the goals and dreams of the families Alexandria House supports.

Philanthropic work has been a core value for Justin Bieber since the start of his career: Justin holds the record for most wishes granted by a musical artist via the Make-a-Wish Foundation, with more than 350 wishes granted for terminally ill children. He donated millions of dollars to Pencils of Promise when he allocated $1 of every ticket sold on his 2010, 2012 and 2016 tours to the global education nonprofit. In December 2019, Justin and Hailey Bieber curated an art auction benefiting two organizations helping families in need – LIFT Los Angeles and Inner-City Arts. Additionally, he donated $50,000 to Active Minds in partnership with Schmidt’s to help change the conversation around mental health on college campuses by training students in life-saving V-A-R (validate, appreciate, refer) skills. Finally, Justin recently committed $1 per ticket sold of his Changes tour to the Bieber Foundation, which will support mental health and wellness programs.
Watch This featuring Justin Bieber’s “Intentions” is now streaming on all platforms. Keep up with exclusive content from artists all over the world on YouTube.com/Vevo.
ABOUT VEVO: Vevo is the world’s largest all-premium music video provider, offering artists a global platform with enormous scale through its distribution partners. Vevo connects artists with their audience globally via music videos and original content, working directly with them to find unique ways to bring their music to life visually. Vevo also works with emerging artists, providing them with a platform of global scale and reach, to find and grow their audience. Rea
Related Topics:Justin Bieber
Up Next