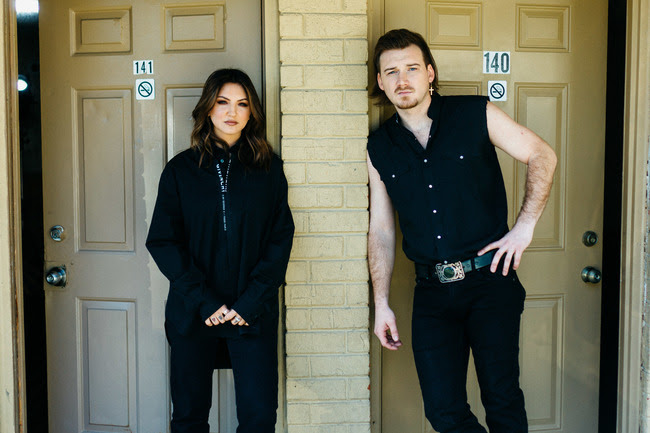 Read Also
Diplo unveils a new version of “Heartless” with Grammy-nominated artist Julia Michaels and Morgan Wallen alongside a new music video today. Watch the video—shot this week in Nashville with longtime collaborator Brandon Dermer.
The original version of “Heartless,” featuring Morgan Wallen and now RIAA certified Platinum, follows previously released tracks “Lonely” with Jonas Brothers and “So Long” with Cam.
Diplo most recently flexed his country appeal on stage at the 2020 Grammys, playing banjo alongside Lil Nas X, Billy Ray Cyrus, Mason Ramsey, BTS and others for a performance of “Old Town Road.” His recent splash into country music has been lauded by Rolling Stone as “impressively graceful.”
Diplo will return to this year’s Stagecoach to throw his Late Night party in the Palomino tent. During his inaugural Stagecoach Late Night, a first for the festival, he welcomed Lil Nas X and Billy Ray Cyrus for the live debut of “Old Town Road.”
Born Thomas Wesley Pentz, Diplo is one of the most dynamic forces in music today under his own name, as well as a member of the now legendary Major Lazer—which most recently released “Que Calor” featuring J Balvin and El Alfa, LSD with Sia and Labrinth—which has tallied more than a billion streams on debut album, and Silk City with Mark Ronson—whose “Electricity” with Dua Lipa topped charts worldwide and won a Grammy Award for Best Dance Recording.
As the world’s most in-demand producer, Diplo has worked with artists as disparate as Beyoncé, Bad Bunny and Turnstile. The past year has seen the release of three EPs, the continent-inspired EP Europa and California, inspired by his sometimes-home base of Los Angeles, and the deep house-inspired Higher Ground on his newly-launched label of the same name. He continues to helm his own long-running label Mad Decent and tour the world over.
Continue Reading
Advertisement
You may also like...
Related Topics:Diplo