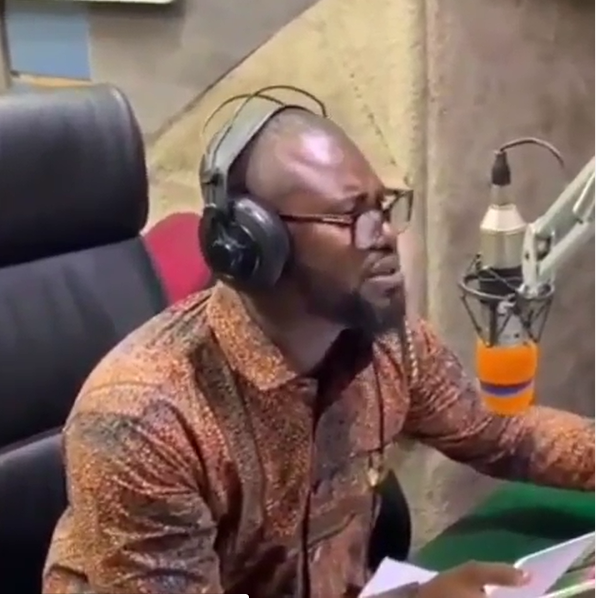 Radio and Television personality, Abeiku Santana has descended on the President of the Musicians Union of Ghana, Bice Osei Kuffour, popularly known as Obour for standing with event organizers of the award scheme (Charter House) and not by the musicians.

According to him, as the President of MUSIGA it was important that he stood by the musicians and intermediate.

After Stonebwoy and Shatta Wale were sanctioned by Charter House for disrupting the 20th anniversary edition of the awards, Obour in an interview mentioned that we did not need the two dancehall artists in order for the music industry to survive.

According to Obour, despite opinions from people that the two dancehall giants are the heart of the music industry, he believes the industry can thrive without them.

Reacting to Obour’s statement on his show on Okay FM, Abeiku said:

“…Musicians have done something and has come, you shouldn’t go and stand by the event organizers and say that if they ban the two of them the music industry will survive. President of Musicians union shouldn’t talk this way. Even the minister of tourism asked for them to be counselled. He is even diplomatic. Meanwhile you the president of MUSIGA calls for them to be banned. You are a bad leader. You are not a street boy, that’s why your stomach has become big,” he stated angrily.

Actor-turned-musician, Frank Naro’s latest single, “I Like It” sees him experimenting with the trending ‘Amapiano’ music phenomenon. END_OF_DOCUMENT_TOKEN_TO_BE_REPLACED

Mista Myles is in with his first release of the year today, ‘Toxic Love’ – a song about what would easily pass as an intense night in the Sin City, Vegas. Stream or download ‘Toxic Love’ across all major digital platforms here: https://ffm.to/6vr4ra9 END_OF_DOCUMENT_TOKEN_TO_BE_REPLACED