The long wait is over! Beyonce has finally released the behind the scenes of making her album, ‘The Lion King: The Gift’ which has been buzzing around the world for its African inclusion.

Not satisfied with voicing Nala in Disney’s live-action remake of the “The Lion King,” the “Single Ladies” hitmaker curated and produced the film’s companion album “The Lion King: The Gift,” which became her second top 10 debuts of 2019 when it was released in July.

Now the entertainer, full name Beyoncé Giselle Knowles-Carter, has taken fans behind the scenes of the making of the record in a new ABC special called “Beyoncé Presents: Making The Gift.” 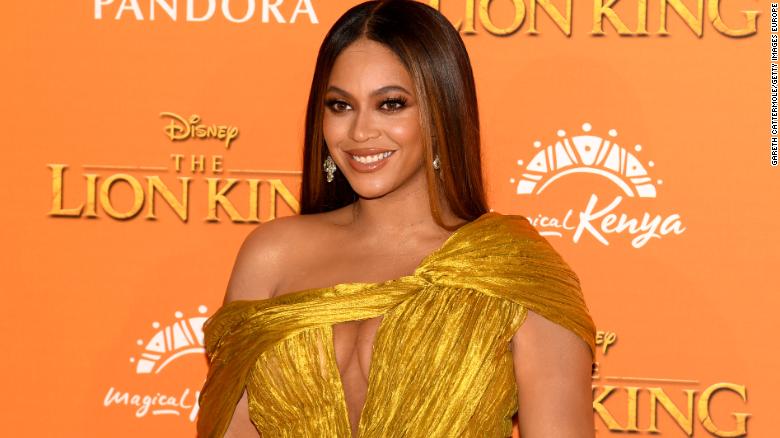 Beyoncé attends the European premiere of Disney’s ‘The Lion King.’

On Sunday night, Beyoncé shared a short teaser of the documentary, which she wrote, directed and produced.

Fans were given an insight into the grueling creative process, seeing the mother of three brainstorming in meetings, and in the studio recording tracks for the ambitious album.

The documentary shows the making process of each song on the album. Ghana’s Guilybeatz and Shatta Wale made an apperance in the 40:44 minutes documentary.

“The Gift,” which Beyoncé has described as her “love letter to Africa,” features collaborations with industry heavyweights like Kendrick Lamar, Childish Gambino, and Pharrell Williams, while spotlighting African artists including Wizkid and Tiwa Savage, Moonchild Sanelly and Shatta Wale.

Beyoncé hopes to repeat the success of her Netflix film “Homecoming,” which chronicled the creation and execution of her headline 2018 Coachella set and was nominated for six Emmys.

“Beyoncé Presents: Making The Gift” aired on ABC Monday, September 16 and fans all over the worldwide can now watch it on Youtube.

The voting portal for the 2022 edition of the All Africa Music Awards (AFRIMA) opened to the public on Sunday, 25 September at 21:00 (CAT), to decide the winners of each of the 39 award categories, globally. END_OF_DOCUMENT_TOKEN_TO_BE_REPLACED

Ghanaian actress, Yvonne Nelson has issued an apology on behalf of Ghanaians to Stephen Appiah and his Black Stars colleagues. END_OF_DOCUMENT_TOKEN_TO_BE_REPLACED

Professor Elsie A. B. Effah Kaufmann, host of the popular National Science and Maths Quiz has shared a bit of her private life. END_OF_DOCUMENT_TOKEN_TO_BE_REPLACED

As the only Ghanaian female artist to perform on the Global Citizen Festival stage at the Black Star Square last night, Gyakie did an incredible job representing the country and doing her part in being a contributing voice for global change. END_OF_DOCUMENT_TOKEN_TO_BE_REPLACED

Although Ghanaians appreciate Professor Elsie A. B. Effah Kaufmann as the Quiz Mistress of the popular National Science and Maths Quiz, there are other things that they love about her. END_OF_DOCUMENT_TOKEN_TO_BE_REPLACED