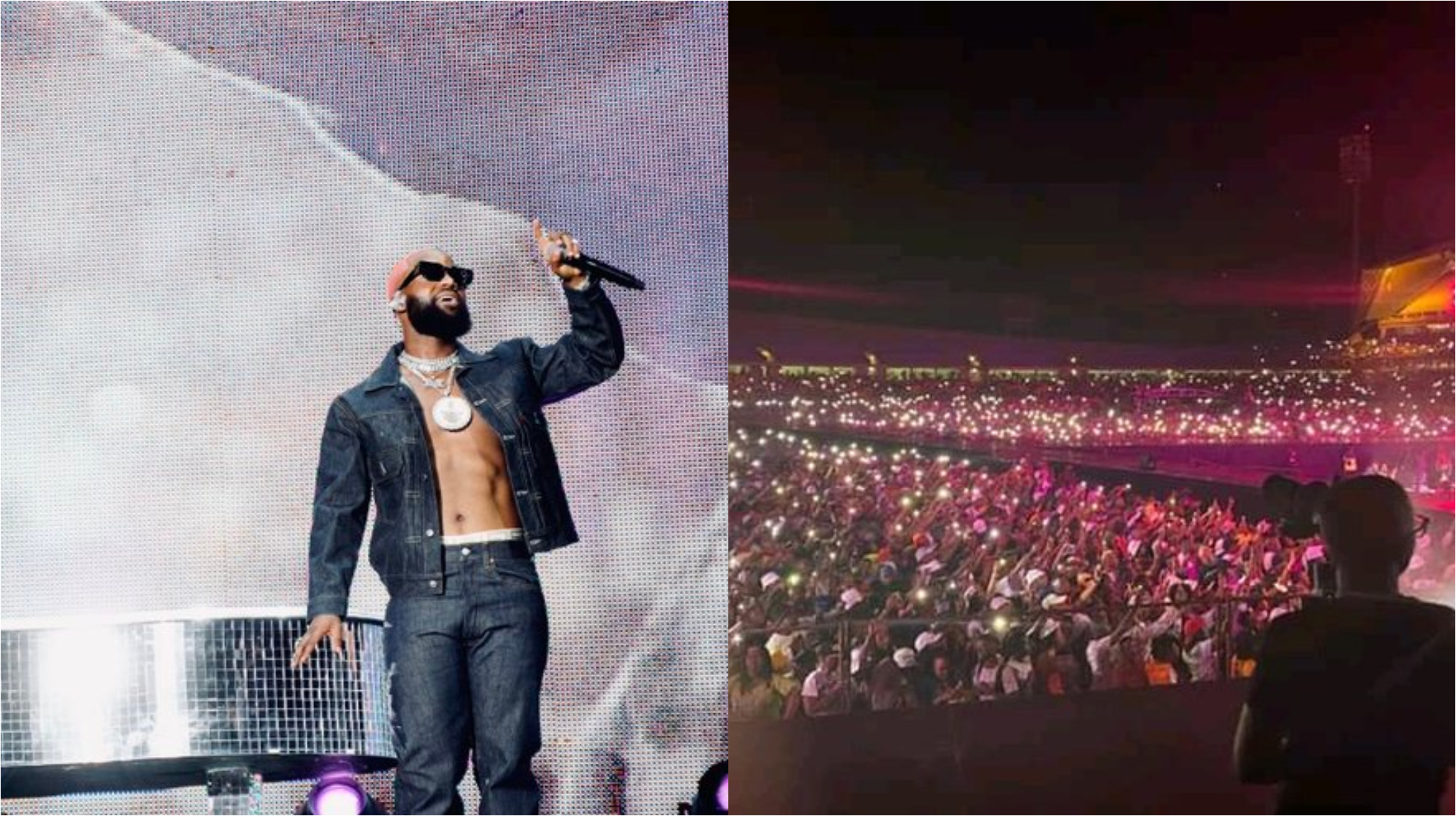 The man of the night Cassper Nyovest who’s affectionately known as Mufasa was in his element as he took over the big stage.

The “Move For Me” rapper came on stage with a new half and half coloured fade with an outfit that matched his hairstyle throughout his performance.

In true Nyovest fashion, he was energised and immediately lit up the stage with his electric performance.

He performed fan favourites “Doc Shebeleza”, “Move for Me”, and closed off his set with banger “Monate Mpolaye” featuring DJ Sumbody.

The highlight of the evening came when Cassper was joined on stage by the legendary Motswako group Morafe, who paid a heartfelt tribute to late rapper HHP, who died in 2018.

Nyovest also honoured his father, who joined him on stage as he performed “Superman”, a heartwarming tribute to his father.

Related Topics:Cassper Nyovest
Up Next

Bose Ogulu has told her son Burna Boy to “tone down the madness” as she celebrated his birthday. END_OF_DOCUMENT_TOKEN_TO_BE_REPLACED

The Hewale Lala (Song Of strength) hit maker Perez Musik gets ready to have his first-ever major concert. END_OF_DOCUMENT_TOKEN_TO_BE_REPLACED

Kofi Sonny, CEO of 610Music, a direct representative for Universal Music Group in Africa, unveiled two of his newly signed artistes to the world over the weekend. The event pulled in dignitaries from all over the globe to witness what many have dubbed “the birth of greatness.” END_OF_DOCUMENT_TOKEN_TO_BE_REPLACED

GuiltyBeatz is ringing in the summer! The Grammy-nominated Ghanaian producer and DJ is back with another dazzling solo effort – an Amapiano-infused dance anthem ‘Universe’ featuring Pop sensation, Mr Hudson and buzzing Ghanaian singer, Twitch 4EVA. END_OF_DOCUMENT_TOKEN_TO_BE_REPLACED

The host of Joy FM’s Strong and Sassy, Animwaa Anim-Addo, has tied the knot in a private ceremony. END_OF_DOCUMENT_TOKEN_TO_BE_REPLACED