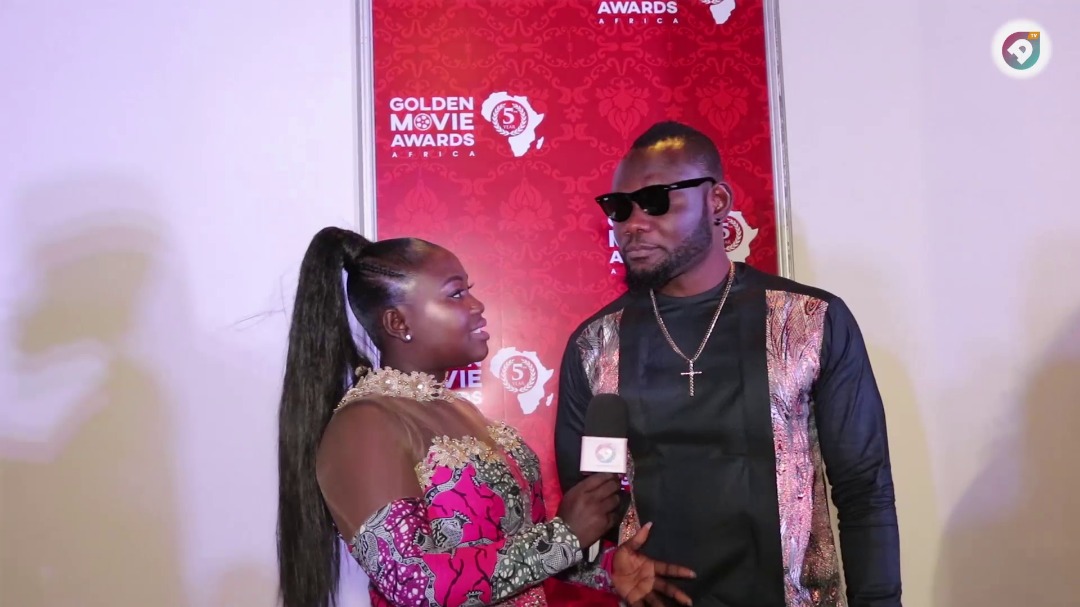 Actor, Prince David Osei isn’t backing down on his argument that Wendy Shay’s response to a question in a recent interview was “shallow”.Speaking AmeyawTV’s JQ on the red carpet of 2019 Golden Movie Awards, the actor was asked if he had anything against Wendy Shay and he responded: “No No No”.

However, when he was asked to explain his “shallow” comment under Wendy Shay’s interview, Prince said: “A person of her pedigree, she’s an icon. She’s someone the kids look up to, people look up to you. How can you ask an icon, a so-called superstar that what is your worth musically and she says she has a lot of things like iPad, iPhone and kids look up to you?”

“The one that even broke the camel’s back was when they asked her what her worth was and she said she hasn’t checked, she has to go and check online… That’s complete dumbness” he added.

Harvey Mason Jr., the Chief Executive Officer (CEO) of the Recording Academy, organizers of the Grammy Awards, has said there are some misunderstandings regarding the creation of an Afrobeats category in the Grammy Awards. END_OF_DOCUMENT_TOKEN_TO_BE_REPLACED

The Chief Executive Officer of Big Ideaz Consult, Kojo Poku has revealed that none of the artists who were billed to perform at the recently held Global Citizen Festival in Accra were paid a performance fee. END_OF_DOCUMENT_TOKEN_TO_BE_REPLACED

Ghanaian musician, Kirani Ayat has called out the Presidency for using some portions of his music video in an advertisement without his permission. END_OF_DOCUMENT_TOKEN_TO_BE_REPLACED

The voting portal for the 2022 edition of the All Africa Music Awards (AFRIMA) opened to the public on Sunday, 25 September at 21:00 (CAT), to decide the winners of each of the 39 award categories, globally. END_OF_DOCUMENT_TOKEN_TO_BE_REPLACED

Ghanaian actress, Yvonne Nelson has issued an apology on behalf of Ghanaians to Stephen Appiah and his Black Stars colleagues. END_OF_DOCUMENT_TOKEN_TO_BE_REPLACED