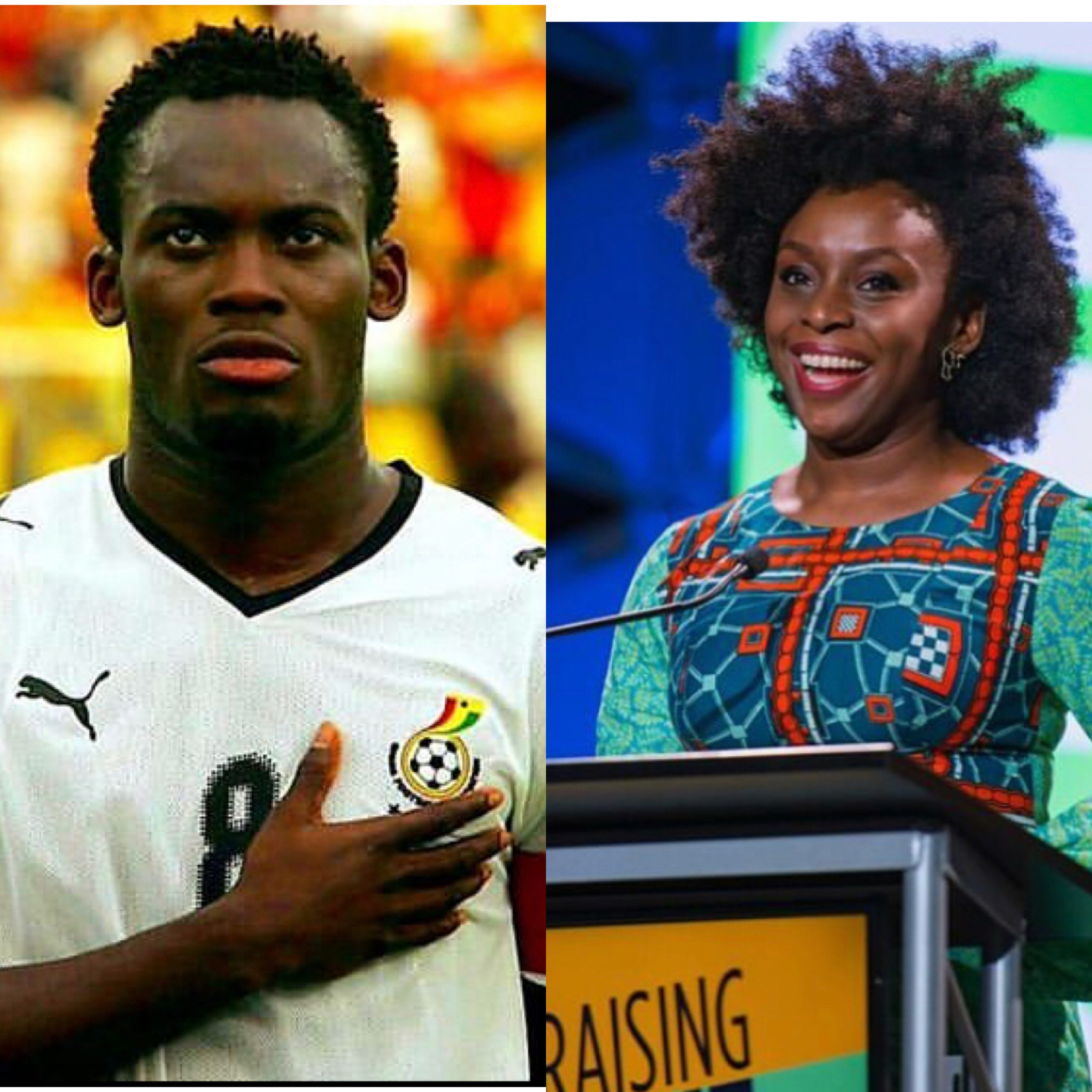 Award-winning Nigerian writer, Chimamanda Ngozi Adichie has revealed that she had a mild crush on Ghanaian footballer, Michael Essien.

According to her, she developed the crush for Michael Essien after the Black Stars defeated the United States at the 2006 FIFA World Cup in Germany

Chimamanda made the revelation in the introduction she wrote for a picture book, Africa― The Future of Football, authored by a photographer, Pall Stefansson.

In a video she posted on her Instagram page, she read the introduction out loud to her followers:

“I watched the game with my best friend, Uju, often shouting and then hugging each other when Ghana finally beat the United States.

“You know some of our boys started playing this game without shoes’, Uju said. ‘Our boys’ were, of course, the Ghanaians.

“A small consequence of that game was my developing a mild crush on the Ghanaian player, Michael Essien, as much for his looks as for his dexterity.

“But the larger and more important consequence was my realisation that sports allowed us, black Africans, to address historical and political grievances in the most cathartic way.”

I’d almost forgotten that I wrote this introduction some years ago! Really lovely to re-discover it — and this book of beautiful photographs by @pallistef, with a forward by @didierdrogba.

Global streaming giant Spotify is proud to announce that Sio has been selected to join the EQUAL Africa programme aimed at spotlighting female artists across the continent. END_OF_DOCUMENT_TOKEN_TO_BE_REPLACED

UK-BASED Ghanaian Gospel musician, Joe Bamfro has been nominated in the Gospel Song of The Year category in the upcoming Ghana Music Awards UK(GMA UK) scheduled for October in the United Kingdom.
His song Moko Be did the trick for him and Joe Bamfro is besides himself with excitement being the first time he has ever been nominated in an awards scheme. END_OF_DOCUMENT_TOKEN_TO_BE_REPLACED

Organizers of the prestigious Ghana National Gospel Music Awards have announced a date for the most anticipated event. END_OF_DOCUMENT_TOKEN_TO_BE_REPLACED