WATCH: Brother of Michael Jackson thanks P-Square for their tribute to the King of Pop!!! Born on November 27th in 1995 as Amegah Paulina Timson. She loved music while growing up but it became a passion later in life during school. She joined the school choir and later began recording in studios in 2nd Year of her High School (in 2013).

“With my first song I got featured by colleague in school to sing the chorus of his song. From then on, I got people asking me to sing their chorus for them as well that’s how come I started doing my own songs as well”.

“I admire Beyoncé for being able to sing and be recognized for such great and wild talent she has; that motivated me feel to inch further and hone my craft so I can also be heard too and recognized for doing great music that influences people” — Amalina

Prior to getting signed to JR Music, Amalina has never been signed to any record label.

“I met my immediate boss (JMJ — Joshua Raphaelson) through recommendation from a friend. He took an interest in my talent and hence got signed, so I’m here to work and feed music to the world and create influence”, Amalina intimated.

For Amalina, music is a lifestyle, and it’s something that humanity can do without. Taking time to hone her craft and finally moving into music market professionally as a thoroughbred musician is something priceless for her. The creative process alone she says is a ‘growth’.

“Music is Life, Music is Soul Food, music is that which you can express without necessarily forcing people to accept or know how you feel but with rhythm and melody making all the communication for you and the audience” — Amalina

Just after Amalina got signed in 2020, she dropped 3 banging singles to fill up the last quarter of 2020 to test the waters. Her debut single “Thomas Partey” swept everyone off their feet when it struck the airwaves. From DJs to Presenters of different radio show hosts, the song was a perfect fit for the ears and was timely especially at the time Europe-based Ghanaian Footballer, Thomas Partey, has been having a sterling showmanship on the pitch and just got signed to international football giant team, Arsenal. 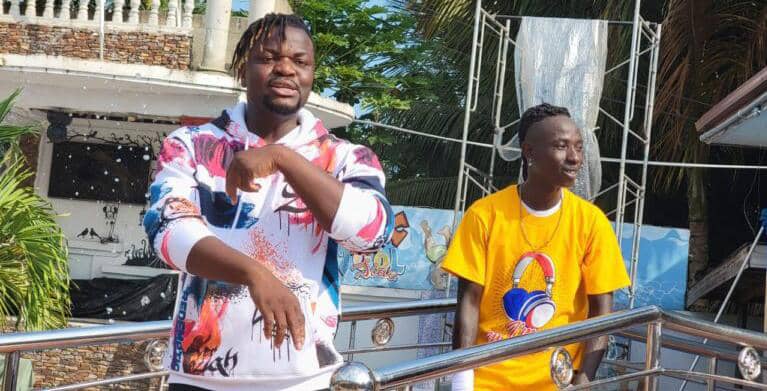 GhCALI always tries very well to satisfy his music fans, with good and quality music and visuals as well.

Visual for GhCALI’s “Strong Waist” tune which features the rap-god, Patapaa is finally out as directed by the multiple awards winning GhCALI. The song is off GhCALI’s 2019 studio album titled “Loyalty To Royalty”

GhCALI has released a number of songs ever since he hit the music scene, still updating his playlist, to date. Check out the dope video for this song. The song is a banger !! 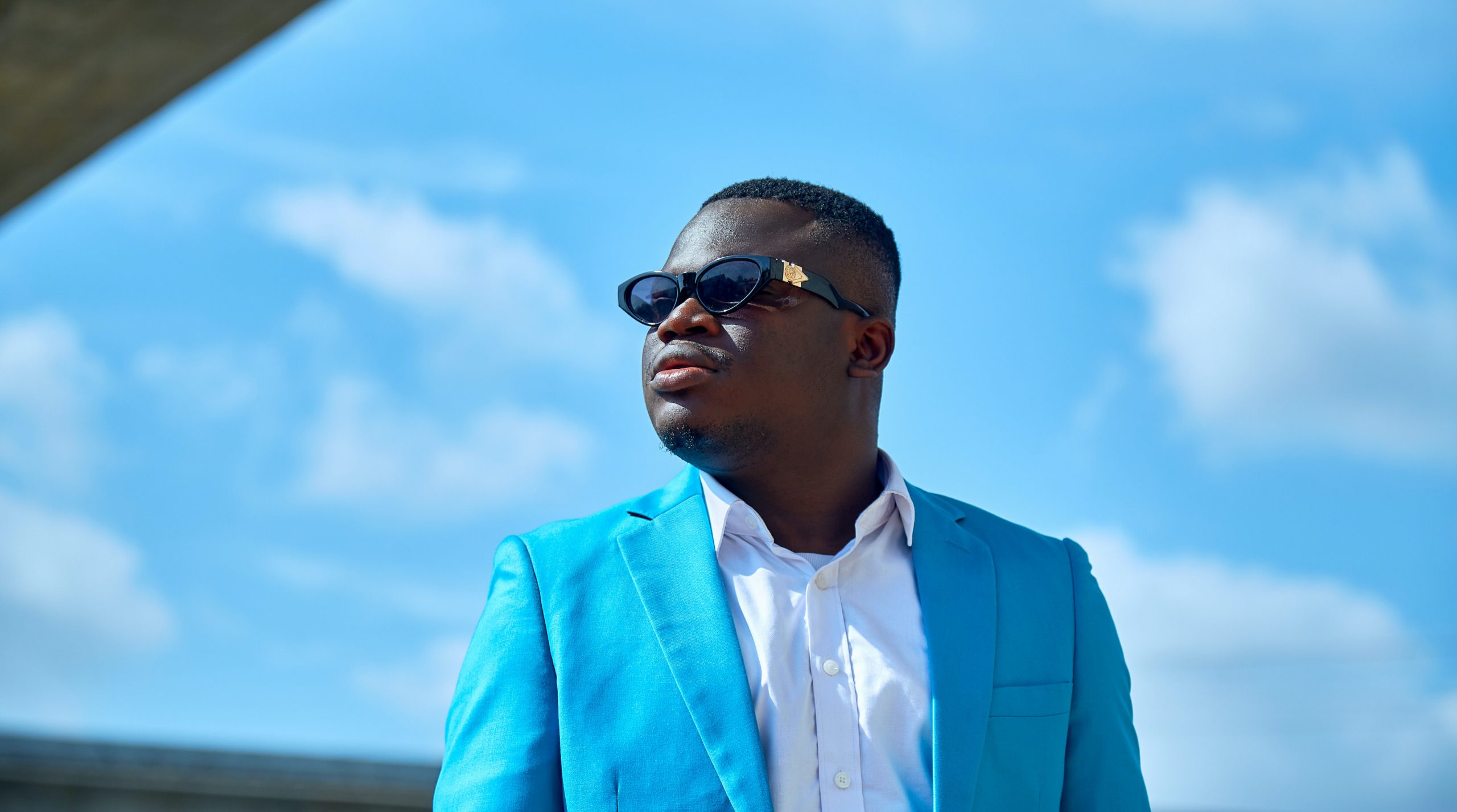 KobbySalm, Ghana’s favorite award-winning Urban Gospel Artist, releases his new single ‘Twale’ which features Oladotun of Lynxx Entertainment, the trailblazer of his impending EP, ‘This Is US’, which is set to be the talk of the season.

The song was produced by Richie Mensah who introduced heavy bassline, melodies of the drill sound fused together with our rich Ghanaian percussions, making the song an overall pleasant listening experience.

‘Twale’ song release off the EP accompanies an optical appealing music video to compliment the song.

Listen to the song on the preferred music store here – https://distroplug.ffm.to/twale

The ‘This Is US’ EP has been introduced over the past weeks through the “THIS IS US’ freestyles that feature the likes of Trooth, KingMade, Tephlon, Terley, LordKess, GhCounty, and Iris Musik (videos are all available via this link  https://youtube.com/playlist?list=PLS6XrCdnNwBlGfZKXmzVjYQroBu5fQ4WR ).

The ‘THIS IS US’ movement is Kobby Salm’s way of introducing the true identity of gospel artists in the Urban Space and also propagating the gospel of unity amongst the Urban Gospel Space—a thing which had, in the past, remained close to a mystery to many. The This Is US EP, through the artful blend of sweet tunes and heavenly inspired lyrics, promises to be one that reshapes how the nation sees Urban Gospel music.

This EP will be available for download and streaming across all major streaming platforms and shall mark a new era that stars the tunes of Urban Gospel Music in Ghana.

The full EP will be released on 26th November 2021. Find the pre-save link here https://distroplug.ffm.to/this-is-us 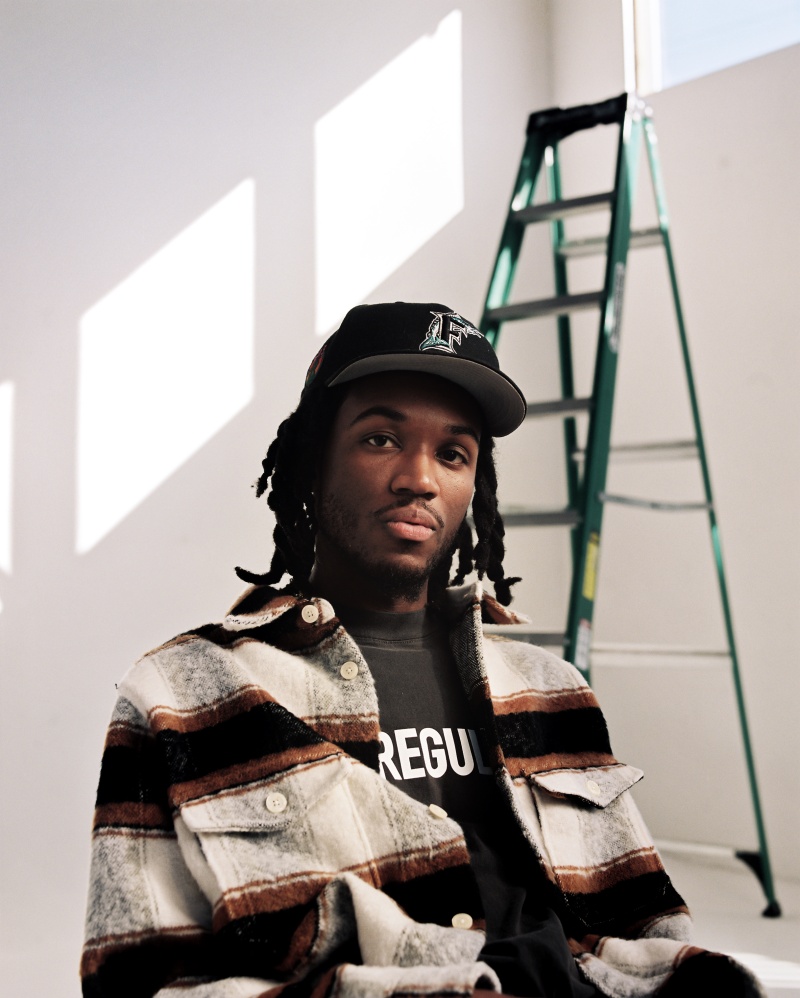 Acclaimed Chicago rapper-producer and Pivot Gang Co-Founder Saba today shares his latest single “Stop That” available to stream now across all digital platforms via The Orchard.
CLICK HERE to listen to the self-produced track with co-production by Daoud and daedaePIVOT, which is the latest offering from Saba’s highly anticipated third solo album Few Good Things dropping on February 4, 2022. PRE-SAVE HERE.
“Stop That” follows the album’s funk-laden lead single “Fearmonger” (feat. Daoud) and arrives today alongside an accompanying music video co-directed by C.T. Robert and Jared Royal. WATCH HERE.
Speaking on the “Stop That,” Saba shares, “I feel like more often than not, we let our own judgement of ourselves knock our confidence off before anyone else even offers any feedback. Our own insecurities ring really loudly in our heads, to the point where we make ourselves smaller before giving anyone else the chance to. This is something that I feel like I found myself beginning to do over the years. Hiding from the uncomfortable moment. And this song works as my noticing and correcting that.”
The follow up to his critically acclaimed 2018 album CARE FOR ME that found Saba grappling with the aftermath of his cousin John Walt’s 2017 murder, forthcoming album Few Good Thingsfinds the Chicago polymath looking deeper within as he explores the realization of self after a search for exterior fulfillment. Few good things is to grow comfortable with the empty, and despite that, find your fullness.
Earlier this month, Saba announced his headlining Back Home Tour for North America and Europe/U.K launching spring 2022. The tour begins in Europe and the U.K. with support from English rapper, singer, and songwriter ENNY on U.K. dates and Dutch-Sudanese R&B singer-songwriter Gaidaa throughout Europe. The North American leg features support from Charlotte-bred Dreamville rapper Lute and Los Angeles artist Amindi. Complete tour dates listed below and tickets are on-sale now at sabapivot.com/tour.
Continue Reading

Nanky takes things to the next level on this massive tune dubbed; Give Dem!

What Are the Most Popular Investments Right Now?

Listen Up: Flyboy Geesus Dishes Out “Otedola” and “Come Over” Ahead Of LP Release

A year on, the HUAWEI Y9a still remains a beautiful yet powerful handset with great battery performance