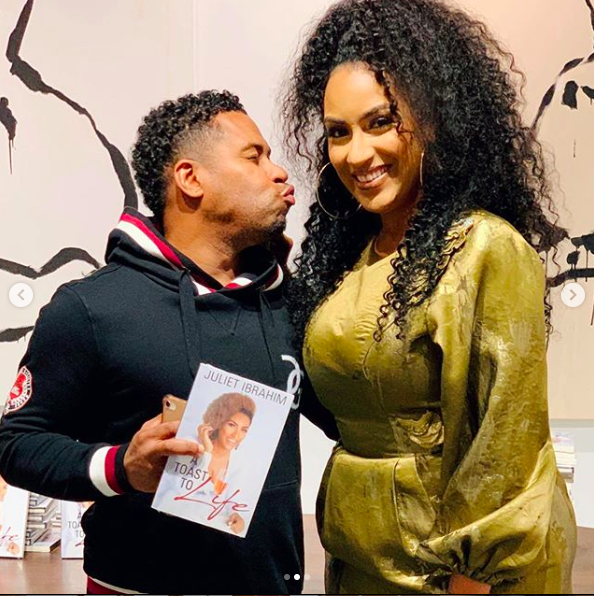 Juliet Ibrahim has been romantically linked with American R&B singer Bobby V (formerly known as Bobby Valentino), since the two became friends some four years ago.

In 2014, the were rumours that the two when dating when a freshly divorced Juliet Ibrahim shared photos with the Bobby V on social media.

She reportedly told the media that, “We are still getting to know each other, so I can’t say much for now. Let’s just see how it goes. We are taking it one step at a time”.  Juliet had disclosed in her posts that Bobby calls her his ‘African queen‘, and reports suggested that Juliet and Bobby were planning to host a concert in Ghana to raise funds for kidney patients and also announce their relationship to the world.

The rumours were given a new life last week when Juliet hosted an event in Atlanta, for the launch her memoir, ‘A Toast To Life’. Bobby V attended the book signing event and captured being ‘friendly’ with Juliet.

Juliet held a similar event in New York on saturday, where she was asked about her relationship with Bobby V. Watch below!