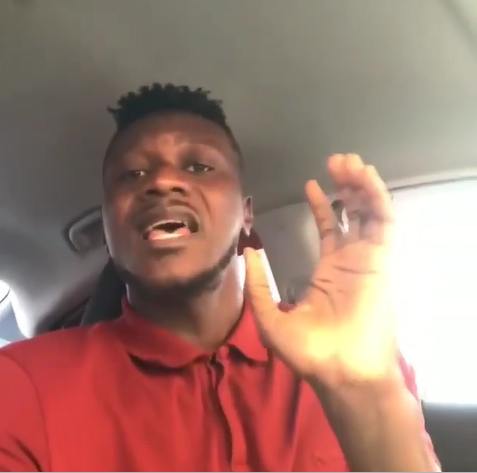 Joshua, one half of Ghanaian hiplife music group Keche, has expressed disappointment at some Ghanaians over their hateful comments on the marriage of his group mate Andrew.

According to the rapper, Ghanaians take delight in pulling people down instead of wishing them well.

Joshua in a video he shared on Instagram, disclosed that he has sighted lots of negative comments on social media directed to the newlywed couple, Keche Andrew and Joana Gyan CEO of Golden Empire Legacy record label.

He added he has received numerous messages from anonymous people trying to paint the couple black.

Keche Andrew married his Label boss Joana Gyan, in a ceremony that took place on Saturday, November 30, 2019, at Dzorwulu Abease.

The ceremony was attended by a number of close friends including manager George Britton who shared snippets of videos from the ceremony.

Watch: Stonebwoy, Obrafour, King Promise and others thrill at ‘Ashaiman to the World’ concert