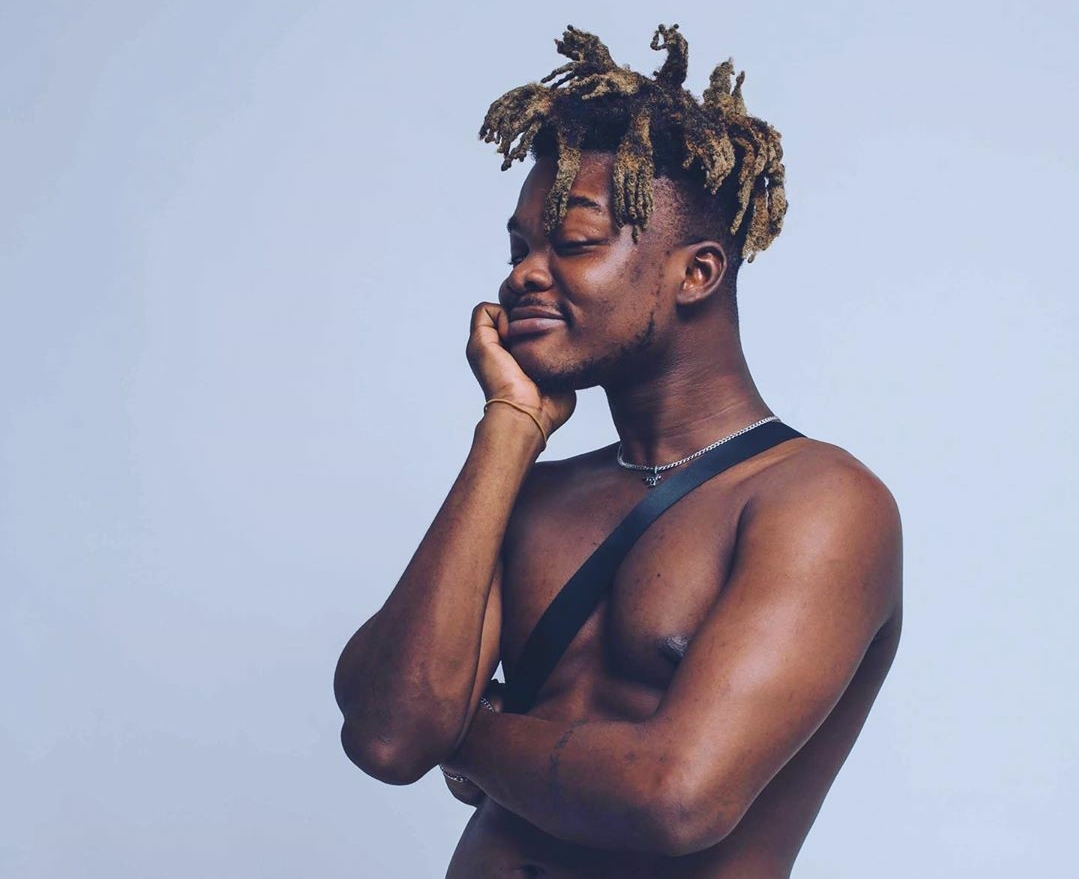 Ground Up Chale act Quamina MP who is currently on a UK Media tour promoting his brand to the world stopped at the Tim Westwood show to give a freestyle but Ghanaians are not here for it.

The platform has over the years seen Sarkodie, M.anifest, Kwesi Arthur and other Ghanaian artistes display their prowess and the least these music enthusiasts expected was Quamina MP lowering the standard.
In 2011, Sarkodie proved his mettle with a 4-minute freestyle on the channel. His lyrical dexterity was flawless, the flow was simply incredible, his swag and attitude on point!
Fast-forward to 2019, M.anifest, in all-black apparel pounced on a beat served him and delivered an amazing rap punctuated with puns and metaphor.
Although the full video of Quamina MP’s performance is yet to be released, a snippet shared by Tim Westwood TV on Twitter is courting backlash and mockery.

Read reactions to the video. 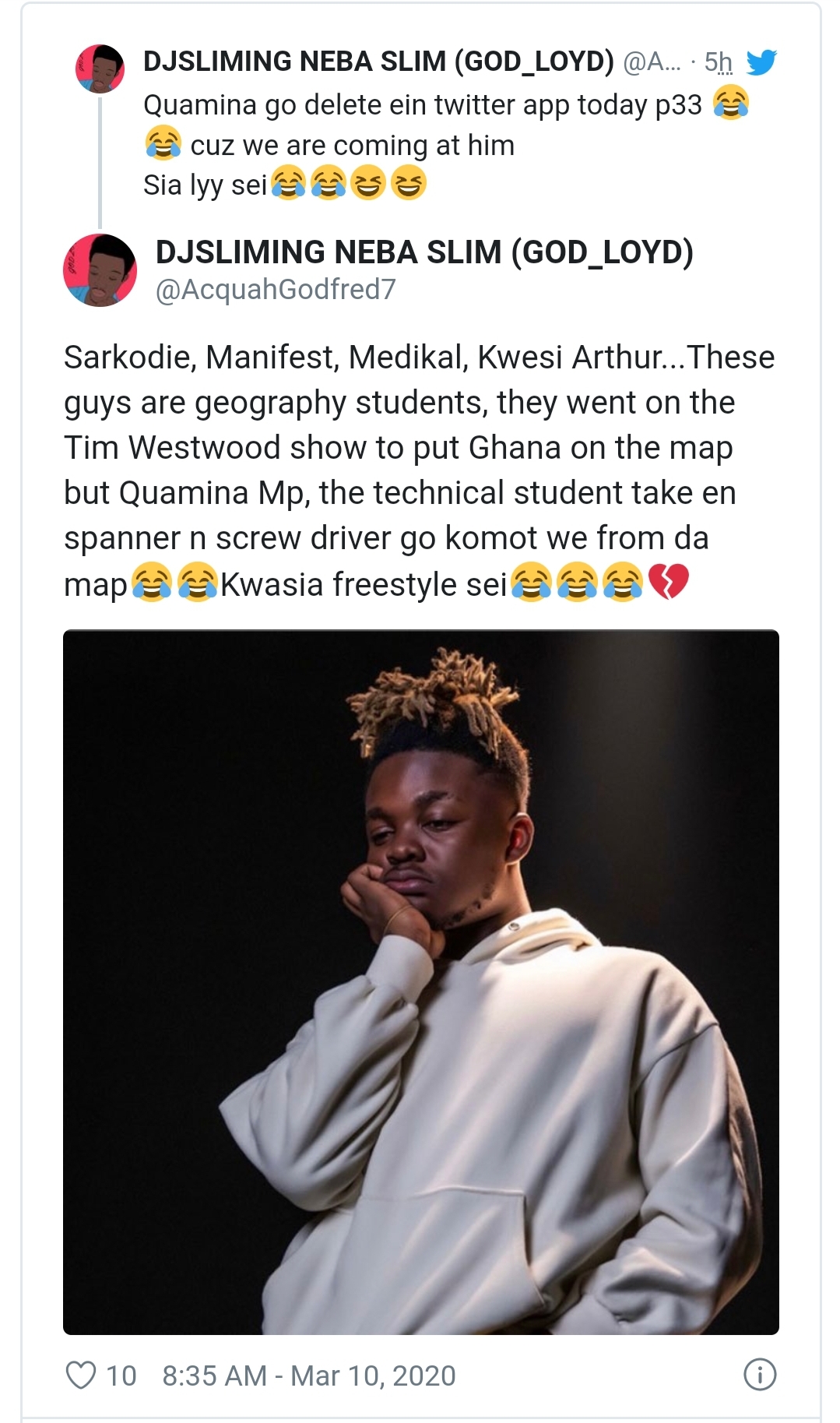 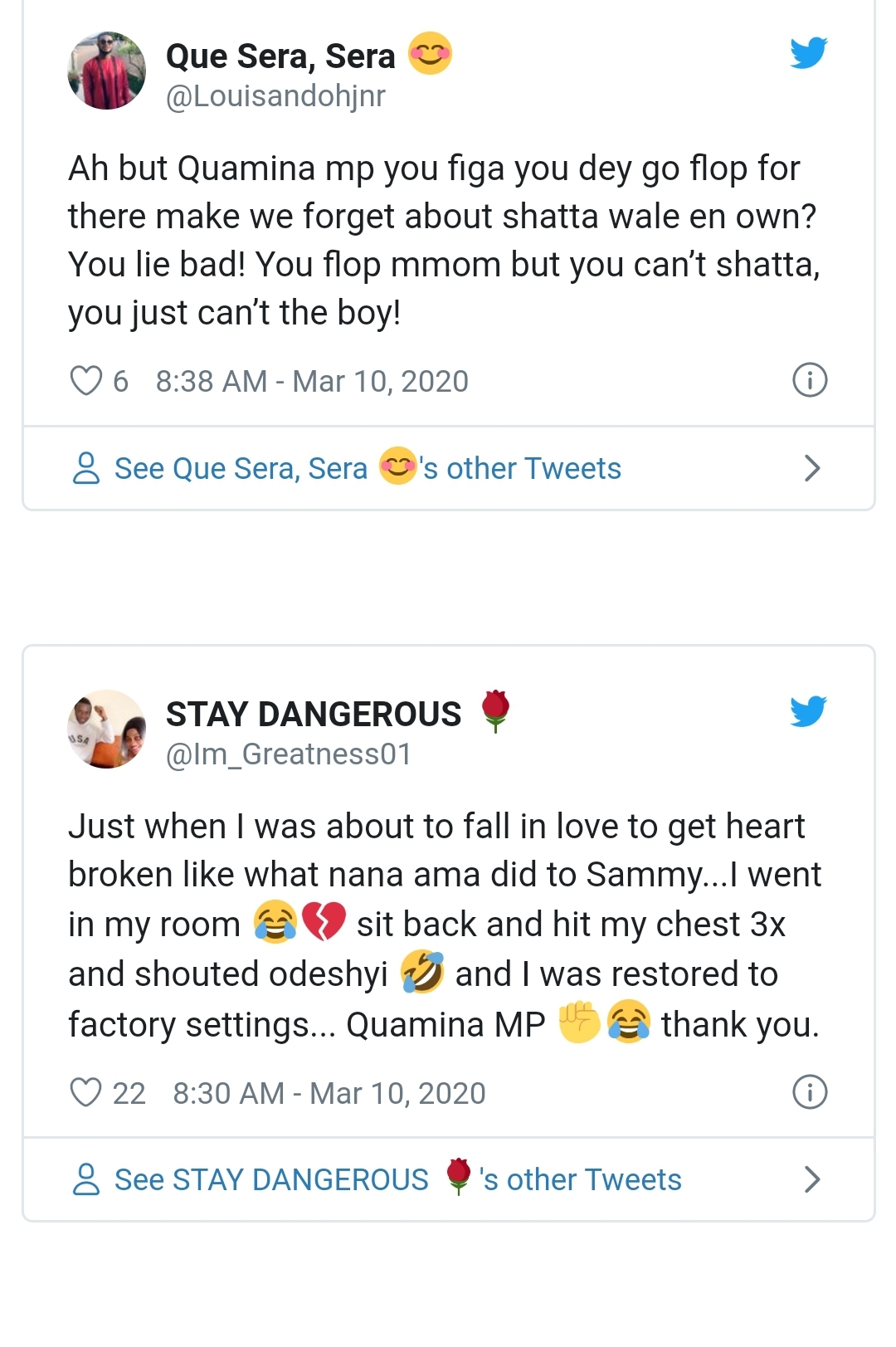 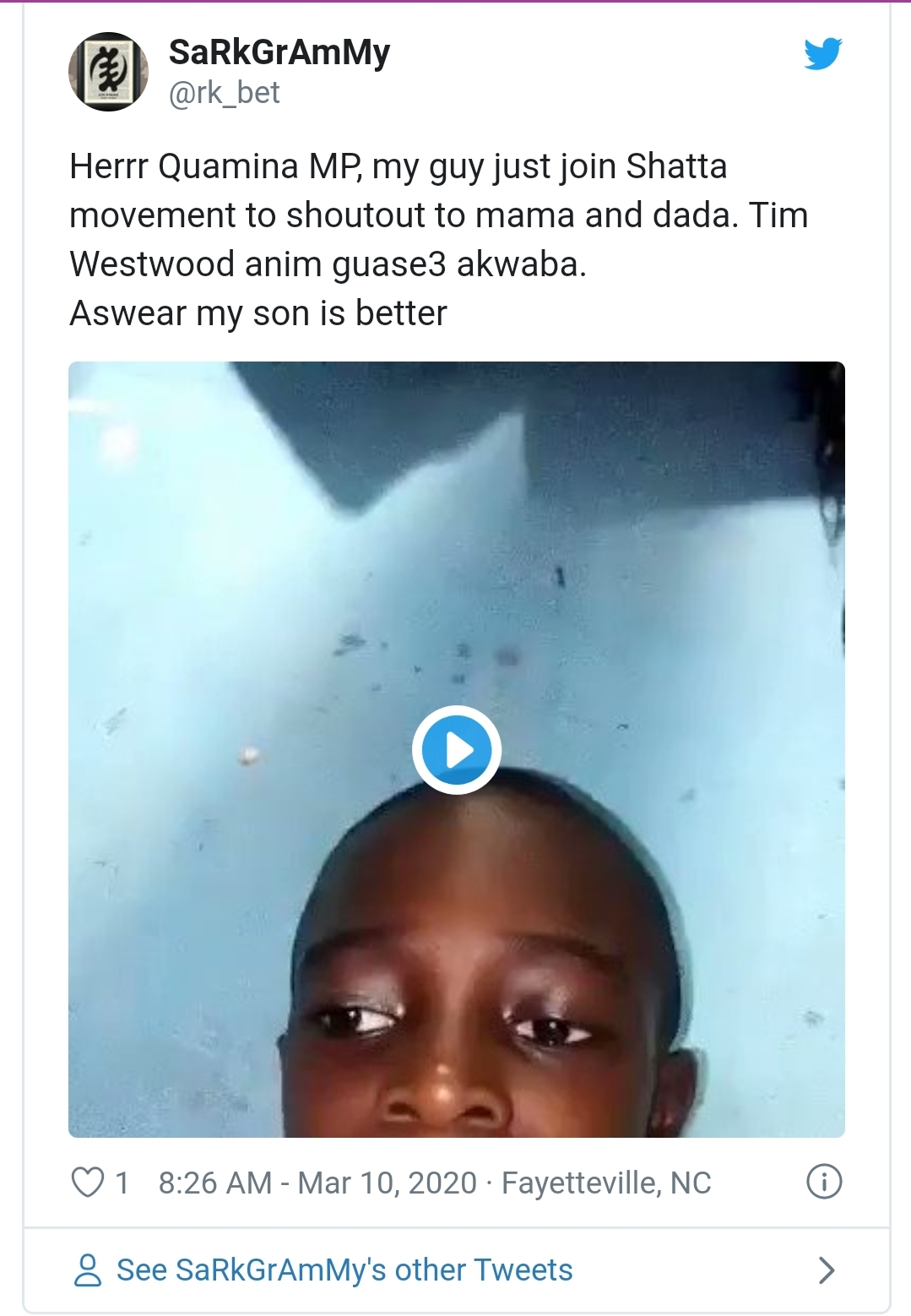 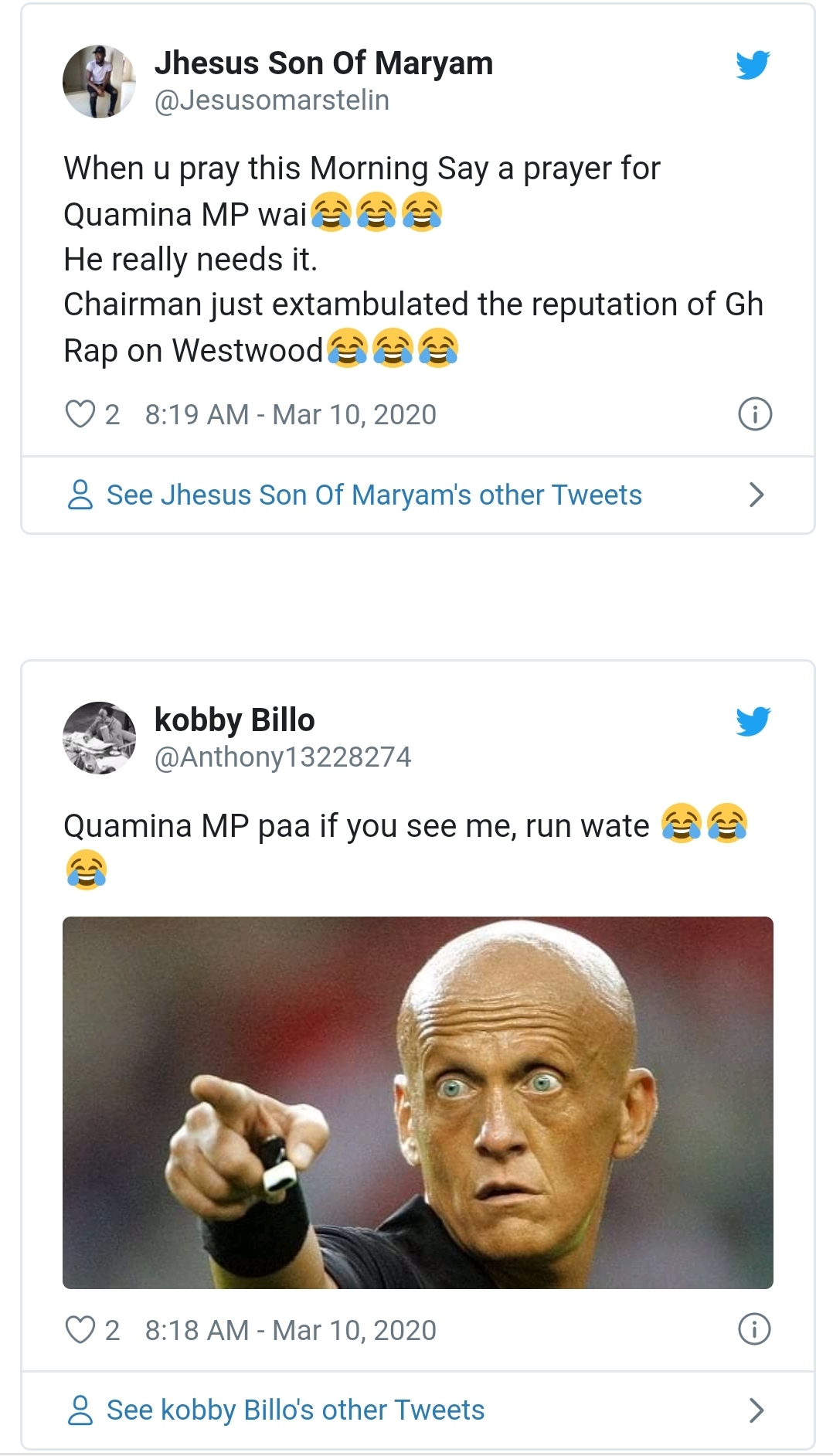 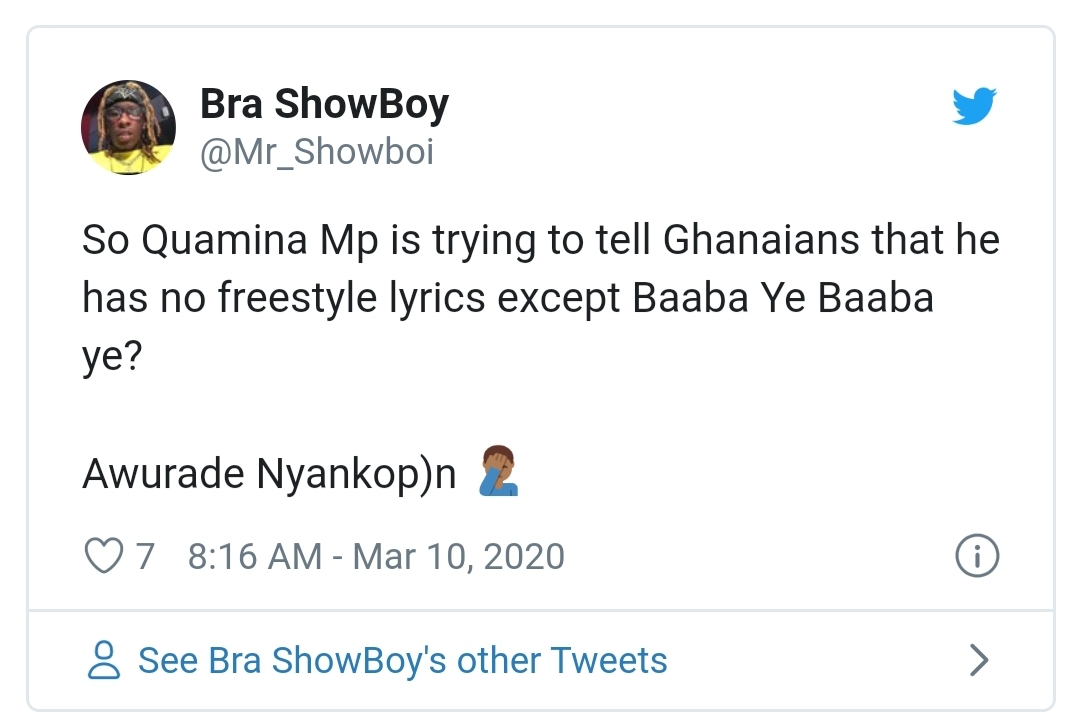 What’s your take on the freestyle?