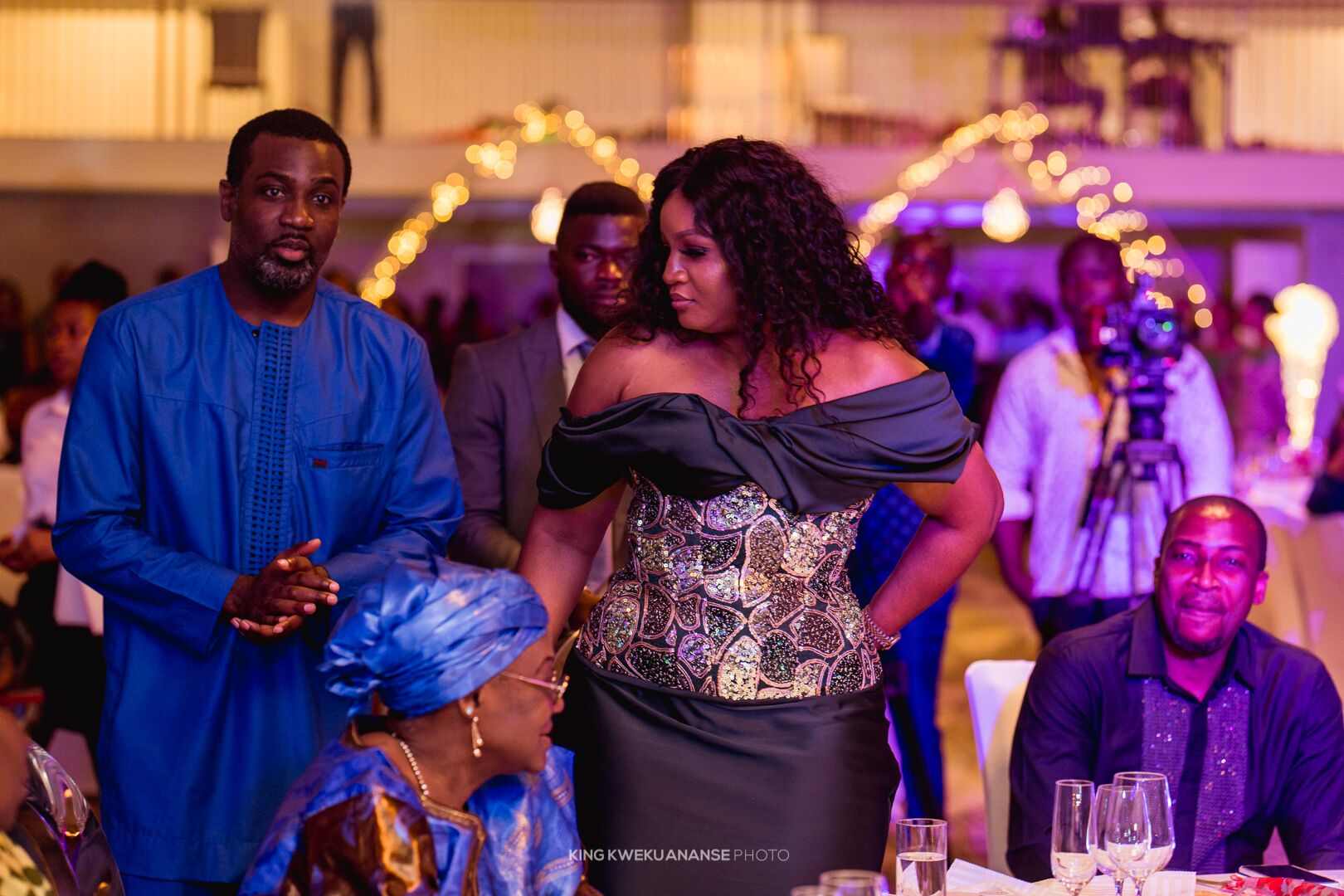 Dr Omotola Ekeinde was on the 7th of March Awarded at a charity gala called “Woman Night” at the Quintessential five star Hotel 2 fevrier Lome . An Event held annually in Togo during the international womens month to celebrate, not just women in general but those who stand out in their commitment to society.

Mrs. Marie-Joe TRENOU Director General of the Eclat d’Etoile Agency and also President of the Organizing Committee said
“It was an honor to award Dr Omotola and Host her for the First time in Togo .

We have watched her work tirelessly with the UN over the years , From her walk with the First Female president in Liberia, campaigning against the Maternal mortality in s.leone, to her incredible 20 widows makeover with her charity Oyep and the Poverty is sexist campaign with one.org amongst many others.

Dr Omotola Who was accompanied by her Team led by he Manager , Mr Michael Djaba COO IFactoryLive Thanked the Organization for Noticing her works also Used the Occasion to Announce that her Yearly Festival , TEFFEST (The Entertainment Fair and Festival) ‘s 2020 theme is “Women and Entertainment”.
She called on all Women around the Continent who worked with or around the Entertainment industry to Save the date to be at the festival from Nov 20-22nd as it would be Life changing.

The Glamorous Night had Dignitaries from all Over Africa such like Mr Sunday Are, Ghana’s Miss v , the Minister for Women affairs including media houses such as BET France& Canal plus …

Related Topics:Omotola Ekeinde
Up Next

Watch: Quamina MP freestyles on Tim Westwood TV but Ghanaians are not feeling it

Highly talented vocalist Luta has announced his return to the music scene after a long hiatus as he prepares to relaunch his career with a new song.
END_OF_DOCUMENT_TOKEN_TO_BE_REPLACED

It looks like it’s a ‘year of homes’ for Ghanaian celebrities and the latest glimpse comes from the beautiful home is Broadcast Journalist Serwaa Amihere. END_OF_DOCUMENT_TOKEN_TO_BE_REPLACED

Ghanaian artist Amerado has announced the release of his debut career album titled God Is Never Asleep shortened as G.I.N.A. The announcement was made in the middle of his trending beef with fellow rapper LJ. END_OF_DOCUMENT_TOKEN_TO_BE_REPLACED

Global streaming giant Spotify is proud to announce that Sio has been selected to join the EQUAL Africa programme aimed at spotlighting female artists across the continent. END_OF_DOCUMENT_TOKEN_TO_BE_REPLACED