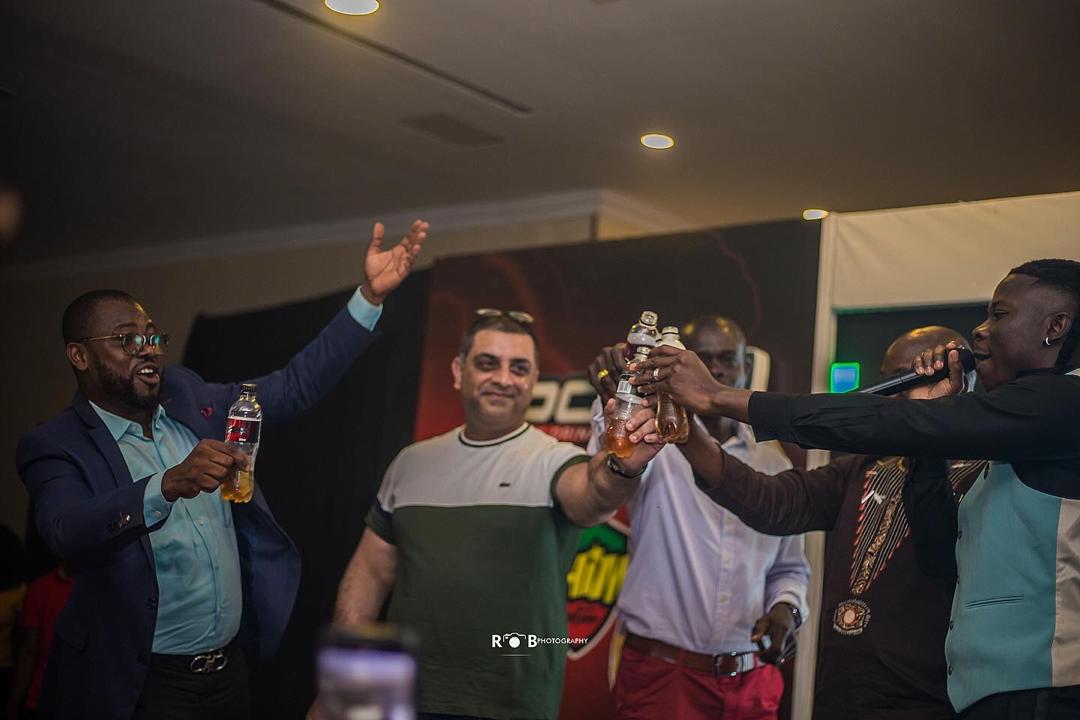 Stonebwoy has been announced as brand ambassador at launch of new energy drink, ‘Big Boss’ in Accra.

The big unveil happened on Wednesday at the Holiday Inn Hotel, where the brand revealed why they chose the renowned dancehall artist as their ambassador.

The event took place under the theme ‘Boss It Up’ which was a song Stonebwoy released some few days ago to lead into his campaign as ambassador for Big Boss energy drink!

Big Boss Energy Drink is one of the products from Bel Beverages, producers of Bel-Aqua, Bel Cola etc.

BBNaija winner Mercy tired of being a celeb, says she wants her old life back