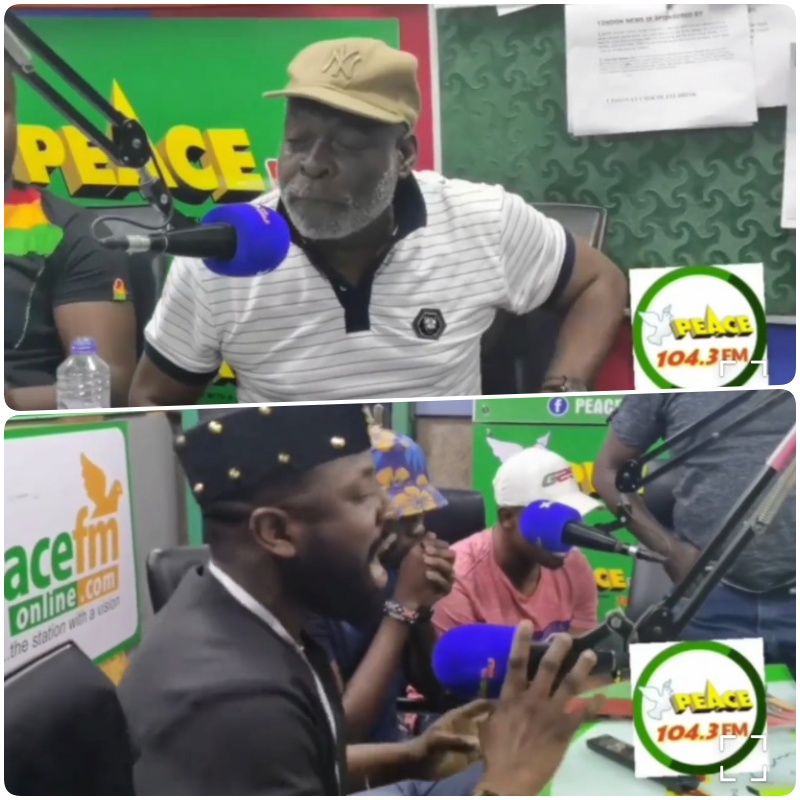 Kofi Adjorlolo and  Elikem Kumordzie clashed on Peace FM on Saturday, resulting in an unpleasant situation that has been the talk of many on social media and beyond.

Mr. Adjorlolo has been in the news all week for calling out producers who owe him. The situation led with Elikem Kumordzie to day a video advising Ghanaian actors to get a day job aside acting, so not solely depend on movie as their only source of income.

This lead to widespread condemnation that Elikem had insulted the legendary actor, although his comments were general and not directed at Kofi Adjorlolo. Elikem then made an apology reluctantly to Kofi Adjorlolo online.

The two were invited into the studios of Peace FM to talk about the matter alongside Gloria Sarfo and things escalated rather fast as  both Kofi Adjorlolo and Elikem Kumodzie made some harsh and uncalled comments.