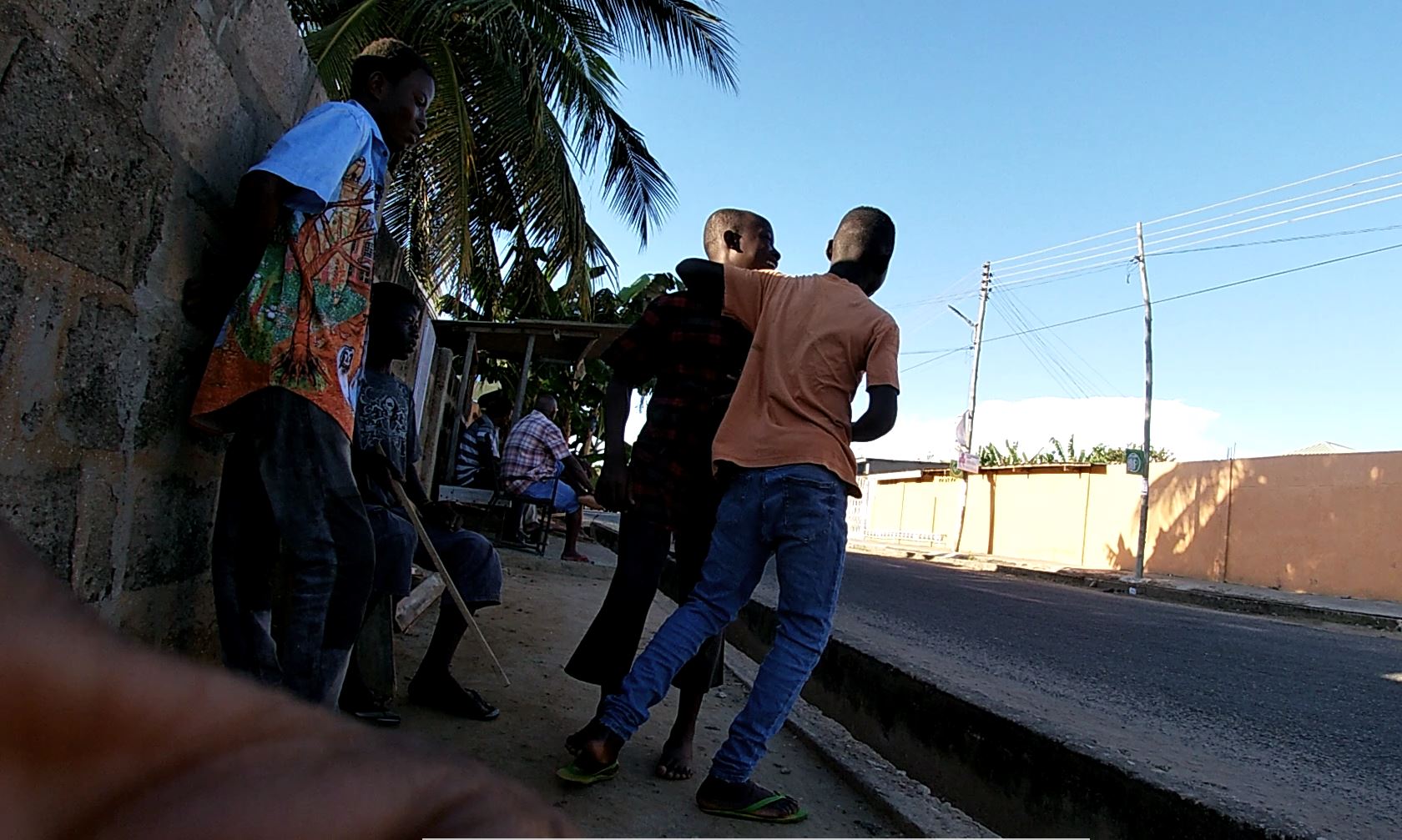 In the cause of raising concerns, Benabi Discovery Foundation joined few street kids around Osu for discussions. Majority turned down the opportunity to speak, for they hold their privacy in high-esteem, other’s felt uncomfortable to share their story whiles few had no reason. Of course street children have rights too and needs to be protected. Mohammed gave us the green light and agreed to reveal his identity.

Living life in the village, somewhere in the Ashanti Region, Asante Akyem Agogo to be precise, Mohammed was influenced by his peer, known as ‘‘Okuse’’ to join him migrate to the city for greener pastures.

The street boy said, His friend, “Okuse” told him, Accra is fun and he has an uncle who stays in the city. Irrespective to the fact that they had no means of reaching him or knowing his exact location, they agreed and migrated to the city and searched for him. He continued, we lost our way upon arrival and my friend “Okuse” is nowhere to be found.
Mohammed in an interview with Benabi Discovery said he started cleaning windscreen of vehicles that stops in traffic for a living. He is willing to go back home but he has no money for transport.
I didn’t seek permission from my parents before leaving home. Life on the street is not easy and convenient as compared to home. Mohammed added. Benabi Discovery deem it wise to make his story known, a family member or friends of Mohammed should get in touch so we send this poor boy back home.

One of the factors that leads to ‘’Streetism” is urbanization. Most children have ambitious ideas about greener pastures that exist in the city. They migrate from the rural areas with hopes of finding better socio-economic opportunities in the cities, only to be surprised with shocking spectacle of extremities of living in the society. The final comfort is to move to the streets and engage in economic activities for survival.

As part of Benabi Discovery’s mission in creating awareness and providing solutions by helping the unfortunate, a special program has been set in recognizing the strength and resilience of thousands of street children in Ghana and across Africa. It is our opportunity to recognize their humanity, dignity and defiance in the face of unimaginable hardships.

Related Topics:Benabi Discovery Foundation
Up Next

Actor-turned-musician, Frank Naro’s latest single, “I Like It” sees him experimenting with the trending ‘Amapiano’ music phenomenon. END_OF_DOCUMENT_TOKEN_TO_BE_REPLACED

Mista Myles is in with his first release of the year today, ‘Toxic Love’ – a song about what would easily pass as an intense night in the Sin City, Vegas. Stream or download ‘Toxic Love’ across all major digital platforms here: https://ffm.to/6vr4ra9 END_OF_DOCUMENT_TOKEN_TO_BE_REPLACED