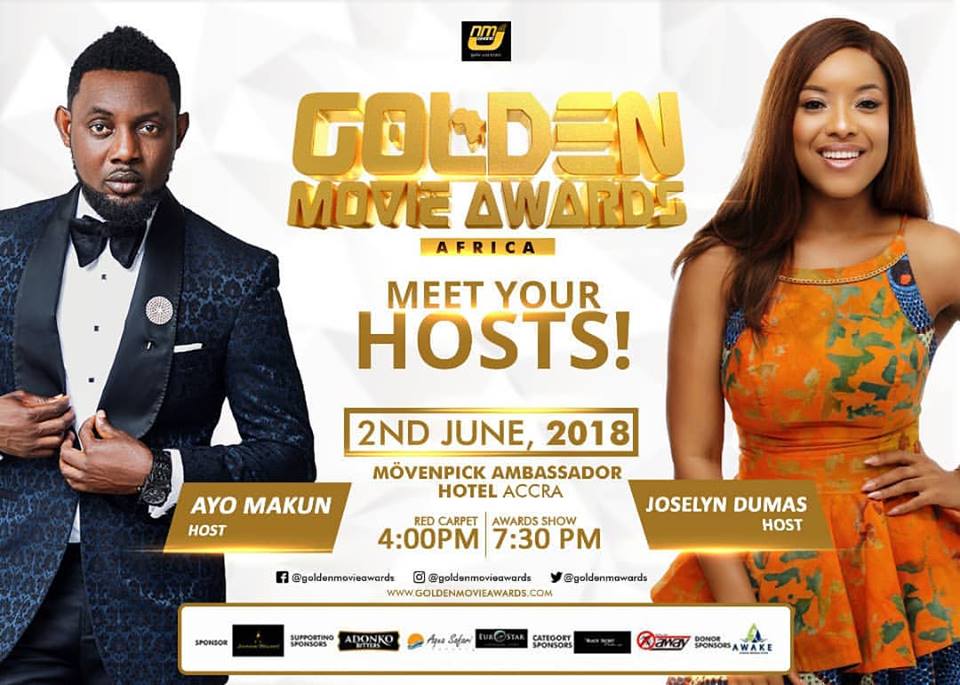 Organisers of Golden Movie Awards Africa, NMJ Ghana have unveiled hosts of the 4thedition ahead of the event scheduled for Saturday 2ndJune 2018.   Returning to host the GMAA for a second successive year, Ayo Makun (A.Y), the multi-talented showbiz personality is expected to bring on board his comic side, acting abilities and mastery over show hosting when he mounts the stage next Saturday to host the biggest film awards on the African continent.   Co-hosting the show with AY is actress and broadcaster Joselyn Dumas .The actress who has carved a reputation for herself is undoubtedly one of the go-to MCs in the country, haven taken control of a plethora of high-profile shows over the years. The event, which is billed to take place at the Movenpick Ambassador Hotel in Accra will start with a Red Carpet session for celebrities from all over Africa from 4pm with the main event taking place immediately afterwards from 7pm.   The awards ceremony is expected to attract a large number of stakeholders in the movie industry across Africa.   GMAA is an annual event that seeks to award excellence in movie making on the African continent and the African Diaspora.   Instituted and organised by NMJ Ghana and its partners, the GMAA brings together professionals in filmmaking in Africa once every year to celebrate, promote and reward those who have excelled in their area of filmmaking.]]>

Akufo-Addo orders for the arrest of GFA boss, Kwesi Nyantakyi?