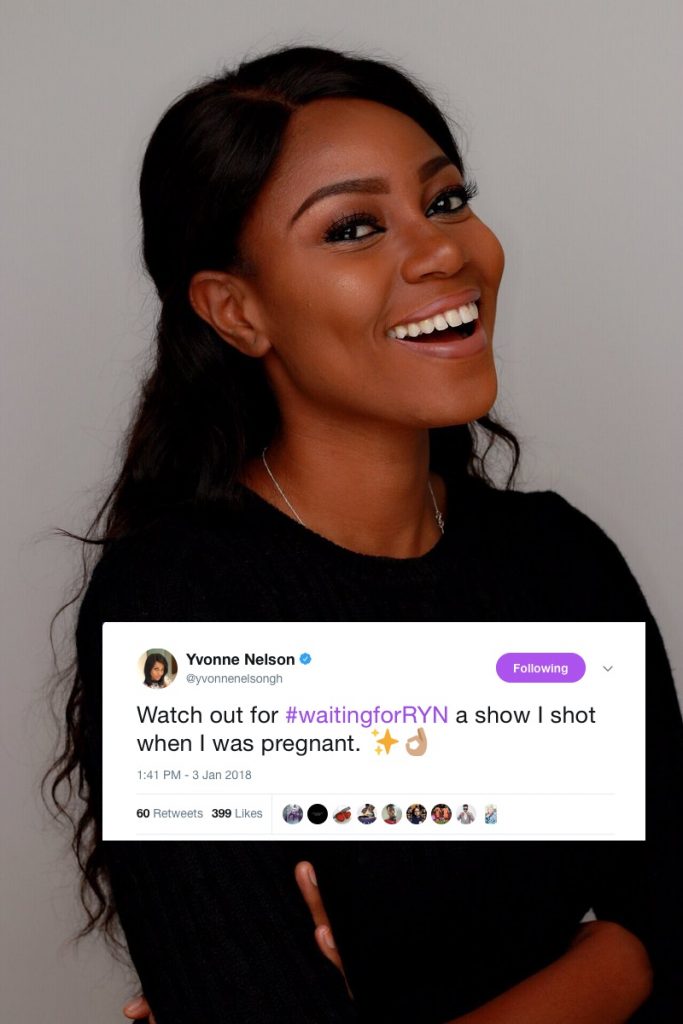 Yvonne Nelson has told fans to look forward to a show she recorded during her pregnancy. The show which appears to be a reality TV format on the actress’s pregnancy is titled ‘Waiting for Ryn’ She wrote: “Watch out for #waitingforRYN a show I shot when I was pregnant.” As previously reported, Ryn is the name Yvonne Nelson and Jamie Roberts gave their daughter. For the defenders of Yvonne Nelson, its hard to maintain she hid her pregnancy for ‘privacy’ reasons when day by day we discover the glaring profit motives behind it.]]>