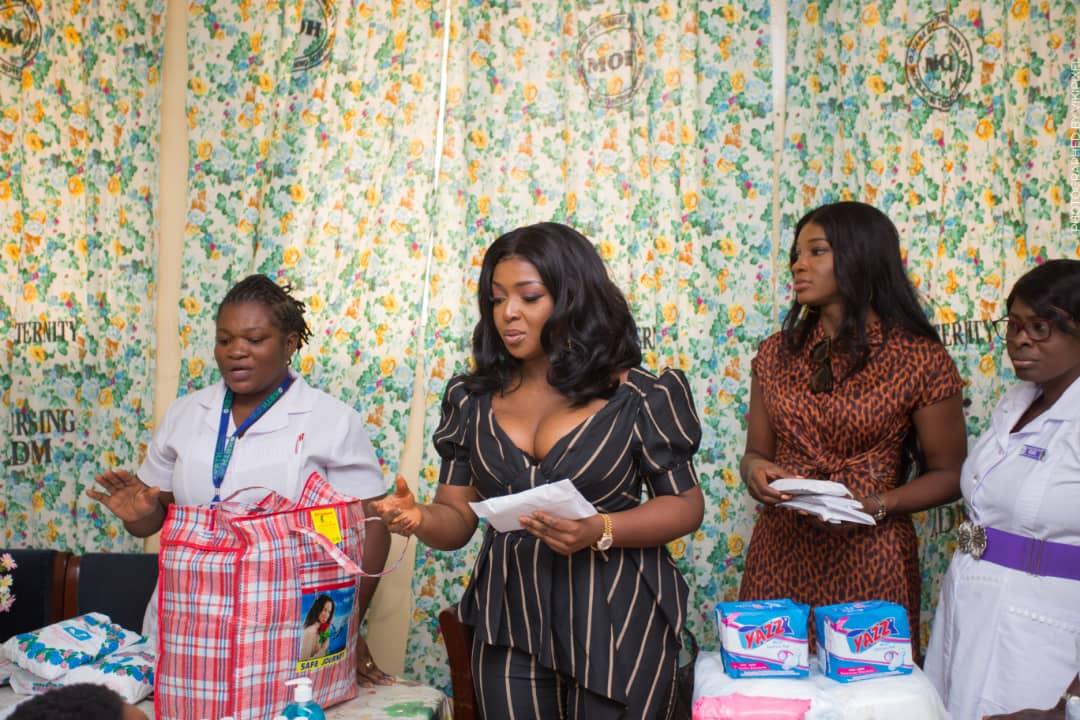 Actress Yvonne Okoro on Wednesday  paid an amount of GHC26,810.45  to clear medical bills for some 13 needy mothers at the Korle Bu Teaching Hospital (KBTH) in Accra.
The mothers  could not go home  after being delivered of their babies because they could not afford to pay their bills.
Some of them spent more than two months at the maternity ward of the hospital  while others spent two weeks.
One of them was owing the hospital to close to GHC 8000.
Yvonne, together with her sisters, Elizabeth Okoro and Roseline Okoro, visited the maternity ward on Wednesday to settle the bills so the mothers could finally take their babies home.
The gesture was part of Yvonne’s yearly charity activity to give back to society which has contributed immensely to her movie career.
In addition to the bills, she also donated some babies’ items worth thousands of Ghana cedis for the upkeep of their babies.
Among the items were Yazz sanitary pad, diapers, baby milk and powder. The rest included Ghandour baby products, hand sanitizers, Faytex, Toothbrushes from Yazz, detergents and hand wash.
Speaking at the ceremony, the actress and producer revealed that she was touched to come to the aid of the women after hearing their story.
The award-winning actress used the occasion to encouraged young women to plan and make sure they are prepared before bringing babies into the world.
In his address Mr. Mustapha Salifu, Head of Public Relations  at the Korle Bu Teaching Hospital thanked Yvonne Okoro for her benevolence and encouraged others in society emulate her kind gesture.
Related Topics:yvonne okoro
Up Next