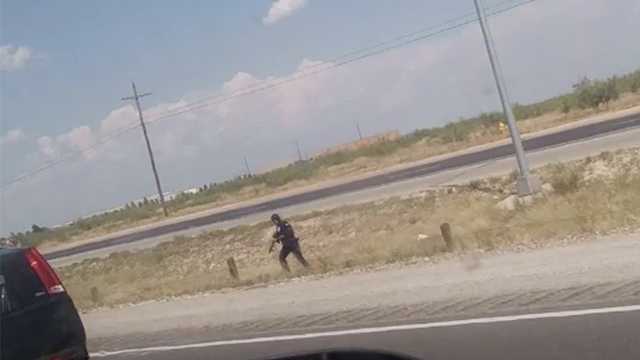 A gunman or gunmen in a hijacked mail truck were being sought for “shooting at random people” in Odessa, Texas, police warned.

Thirteen people have been shot and one suspect has been apprehended, said Art Martinez, communications operator with Texas’ Department of Public Safety.

Odessa police did not specify the number of injuries but said multiple people have been shot.

“Everyone is encouraged to get off the road and use extreme caution!” said Odessa police.

The Midland Police Department said two suspected gunmen were wanted after reports of a shooter at a Home Depot in Odessa.

“We believe there are two shooters in two separate vehicles. One suspect is believed to be at the Cinergy in Midland and the other is believed to be driving on Loop 250 in Midland,” said Midland police. “The two vehicles in question are a gold/white small Toyota truck and a USPS postal van. Please stay away from these areas and stay indoors.”

Midland and Odessa are in western Texas, about 20 miles apart.