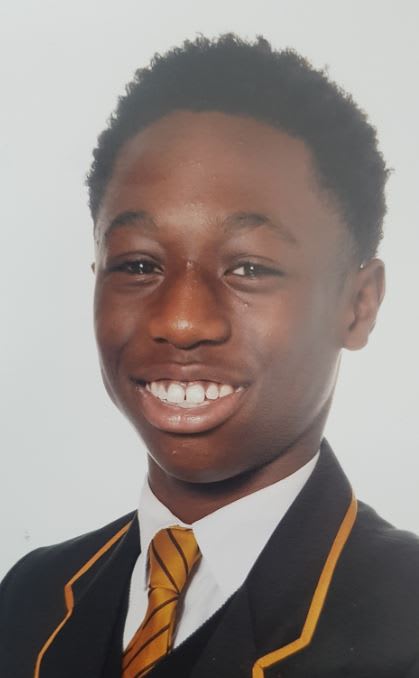 A 15-year-old boy handed himself in at an east London police station on Friday, and was arrested on suspicion of murder. He remains in custody.

Police were called on Thursday, 10 October at 15:20hrs to reports of a male found stabbed outside Stratford Broadway near Tramway Avenue.

Officers attended along with the London Ambulance Service and the teenager was found with critical injuries. He died at the scene at 15:49 hours.

His next of kin have been informed. The victim has been named as Baptista Adjei, 15,  from North Woolwich.

Formal identification awaits and a post-mortem examination will be held in due course.

A second teenager, aged 15, was found with stab injuries and he has been taken to an east London hospital. His injuries are not life threatening.

No arrests have been made. Enquiries are ongoing. A crime scene remains in place.

Homicide detectives from Specialist Crime have been informed and will be leading the investigation.

DCI Chris Soole, who is leading the investigation said: “First and foremost are thoughts are with this young man’s family and friends. They so tragically are having to come to terms with this terrible loss of life.

“Were you there? Did you see anything? This is a very busy area and lots of people would have been out on the school-run or making their way home. We know that the victim’s friends came to his aid and members of the public provided first aid at the scene. We need anyone else who has information and has not yet spoken to police to come forward.

“A Section 60 is in place for the whole of Newham borough as a result of this incident. Enquiries, including review of local CCTV footage and forensic analysis is in hand. We are working quickly to build a clear and full picture of precisely what unfolded. If you have information, do the right thing and get in touch.”

Anyone who can assist police is asked to call 101 quoting CAD 4644/10OCT19. Alternatively call Crimestoppers anonymously on 0800 555 111. You can also tweet information to @MetCC

If there are any young people who either have information about violence or knife crime, they can visit fearless.org where they can pass on information anonymously. Fearless is part of the Crimestoppers charity, and is also independent of the police.

If you need help or information to support someone you suspect is involved in knife crime, or you want assistance yourself, then you can visit www.knifefree.co.uk or LondonNeedsYouAlive.

Feint, Dribble and Strike: 4 of the Best Football Players from Ghana