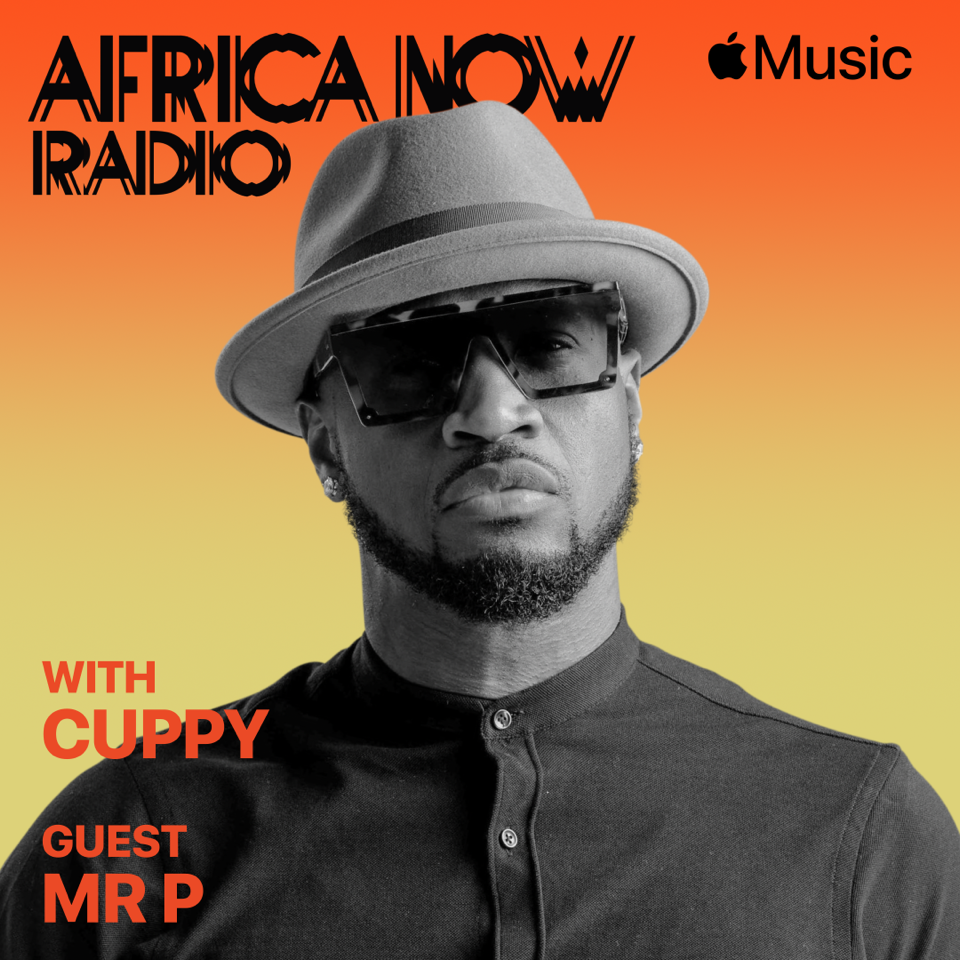 This Week’s Episode Features a Conversation With Mr P, the 5 Hottest Tracks of the Week, and Laetitia Ky’s Favourite African Proverb!

Tune in to Africa Now Radio With Cuppy This Sunday, April 18th at 2p Lagos/London / 3p Johannesburg/Paris / 6a LA / 9a NYC on Apple Music 1.

Cover Star Interview
Nigerian artist and P-Square veteran Peter Okoye—better known as Mr P–joins Cuppy via FaceTime on Apple Music 1 to talk about his latest track with Mohombi, “Just Like That.” He also discusses The Prodigal, his first solo album since he and his twin brother Paul dissolved P-Square; his inspirations; and evolving the global perception of African music.

Africa Rising
Nigeria’s Jujuboy Star is the latest Africa Rising cover star, a campaign which shines a light on the next generation of African superstars. Listen HERE.

Proverb of the Week
Best known for making intricate sculptures with her hair, Ivorian artist Laetitia Ky shares her favourite African proverb: “A flea can trouble a lion more than a lion can trouble a flea”––reminding us to never underestimate the impact we can have on the world around us.

Tune in and listen to the full episode this Sunday, April 18th at 2p Lagos/London / 3p Johannesburg/Paris / 6a LA / 9a NYC on Apple Music 1 at apple.co/_AfricaNow.

Mr P on the reception from his debut solo album release

Let me tell you the truth Cuppy, what happened to me last nine or 10 days ago was the same thing that happened to us as a group [P-Square] 20 years ago, when we came out with the album. You know that feel that you’re driving anywhere, you are playing your song. Everyone is saying… Nobody is saying, “Oh, I love this particular track.” People are naming six, seven, eight songs that they prefer… So even at the end of the day, the fans got me confused of the next video to come out with.

Cuppy: You’ve been through a lot. Tell us how you’ve been able to be so strong? I admire you for it.

Mr P: I think I’ve given hope to the hopeless. I’ve given people, a lot of people, who never believe in themselves, a lot of people who other people are trying to downgrade, I’ve given them hope that you can be a survivor. I knew this moment was going to come because I knew what I kept aside.

Cuppy: Strong. Do you want to explain what that means to you?

Laetitia Ky: It’s very simple. I mean, never underestimate your strength. You may be little, but if you know how to use your strength properly, you are really able to do a lot of different things, and you can even battle or fight people you think are too big for you.

Related Topics:Mr P
Up Next