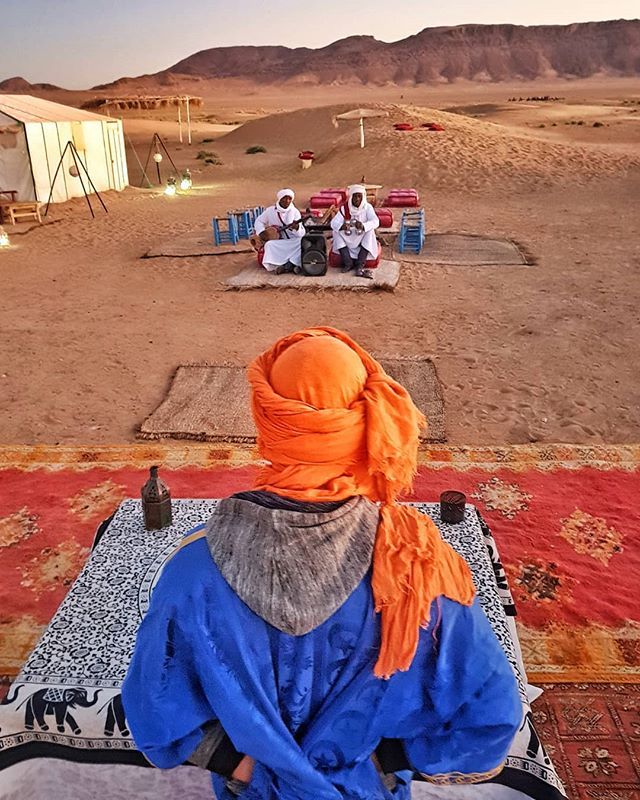 Like many capitals around the world, Riyadh is a mishmash of interesting tourist attractions, museums, delicious restaurants and cafes, shopping centers, and objects of important cultural heritage.

Despite the hot climate, the city has perfectly adapted to its surroundings and even created a comfortable atmosphere for tourism.Speaking of tourism… Due to Saudi Arabia’s long-standing stereotype as an inaccessible country, many people still wonder, Can US citizens travel to Saudi Arabia?

The answer is a resounding yes! Thanks to recent developments, the country has opened up and is embracing tourists from all around the world. If you’re ready to travel to Saudi Arabia, we’ve compiled some of the most interesting sights to visit in the capital.

The National Museum of Saudi Arabia

One of the best things to do in a new country is to get acquainted with the local culture and history — and the National Museum of Saudi Arabia is an excellent place to start.

The museum is located in a gorgeous contemporary building and has many exhibits about Saudi Arabia. The museum is quite large and has eight halls, each of which tells about a certain period in the history of the country. 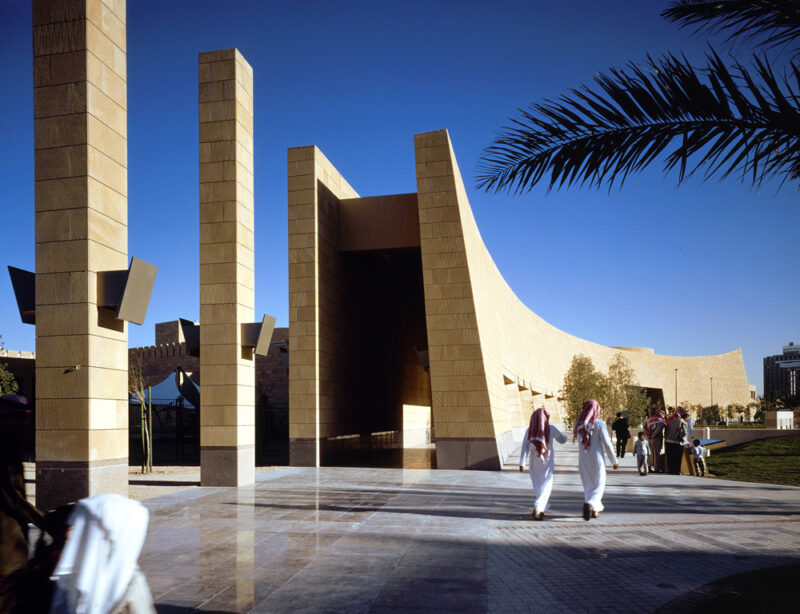 The National Museum of Saudi Arabia

Some of the most interesting exhibits include the Origins of Life (featuring animals that once roamed the Arabian Peninsula), Tracing The Past (ancient rock carvings), and Birth of a Nation (how Saudi Arabia became a kingdom in the 1930s).

Standing proudly in the heart of Riyadh’s historical center, Masmak Fortress is a perfectly preserved example of Arabic architecture that has survived its 150-year old reign. 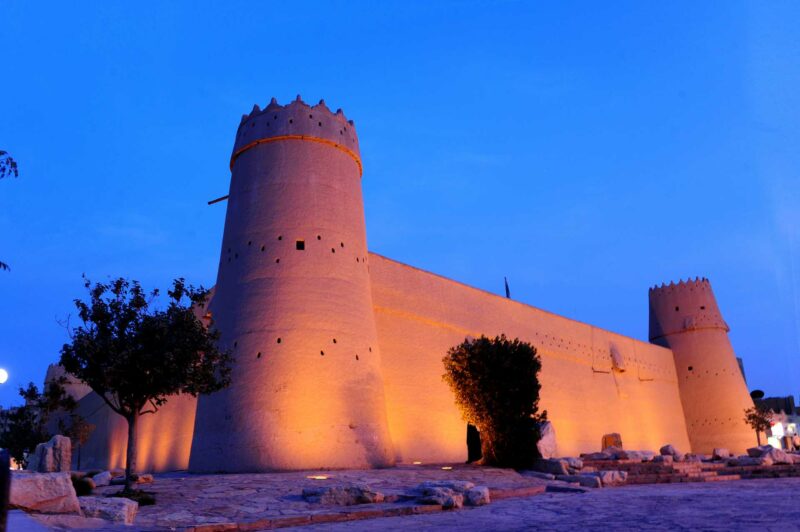 The fortress had many functions over the years, including a garrison, ammunition warehouse, and a prison, but nowadays it has a much calmer nature as a museum. Visitors can walk along the corridors of the fortress, look at fascinating photos of the country’s early years, and climb the observation tower to enjoy the view of the whole city.

When traveling to Riyadh, it’s hard not to miss the Kingdom Center — that’s because it’s one of the tallest buildings in the entire country! 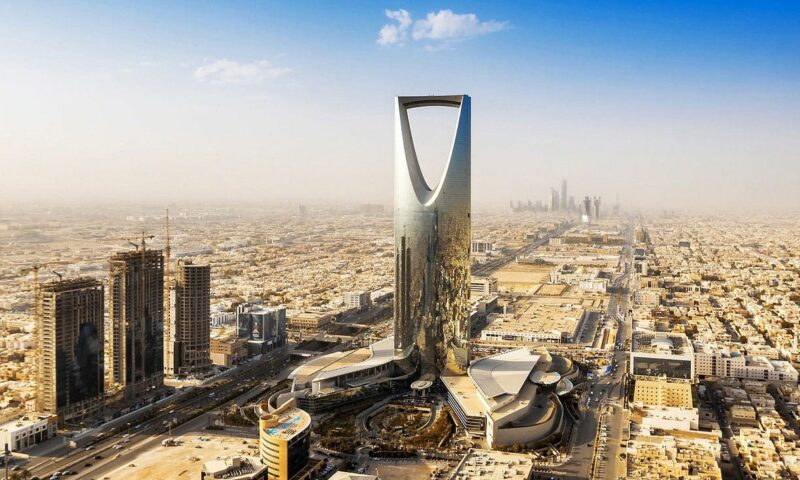 This sky-high building houses many different things, including an enormous shopping mall, offices, restaurants and cafes, a luxury hotel, and apartments.

At the very top of the tower, there is a spacious 65-meter long observation deck called the SkyBridge, which connects each of the building’s ‘points’ and offers an amazing panoramic view of Riyadh.

Don’t forget to grab a few souvenirs before you head home! Thankfully, Deerah Souq is the perfect place to do some last-minute shopping. There are hundreds of small kiosks that sell everything from beautiful woven carpets to precious metals, traditional clothes, antiques, spices, and even sweets. 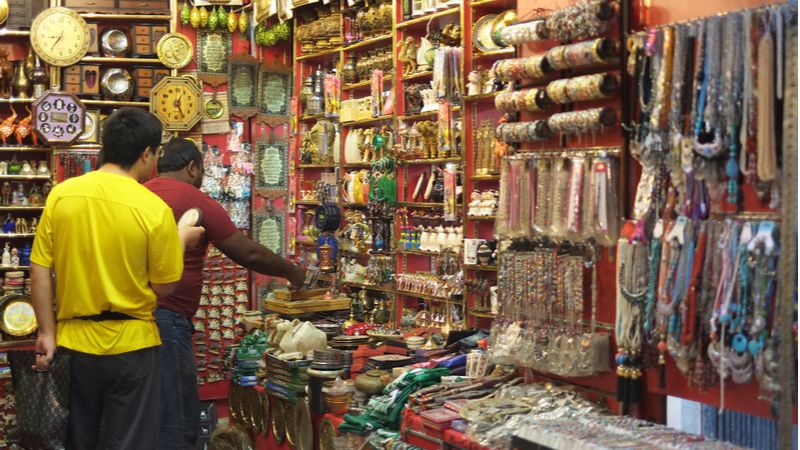 This area has its own special atmosphere, especially when you walk around the area and see the old architecture, mosques, and historical remnants.

The End of the World

With such an intriguing name, it’s no surprise why this place is one of the most popular day trips from Riyadh.

Situated about an hour north of the capital, The End of the World is a massive rock formation that rises out of the desert at a height of more than 300 meters and is part of the larger Tuwaiq escarpment. 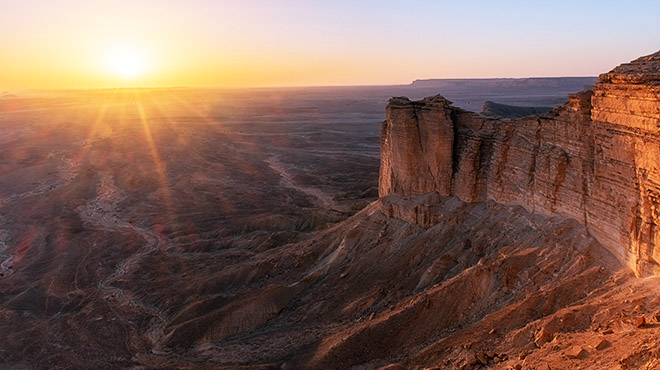 The End of the World

This attraction got its name because of the view that can be seen on the top of the cliff. Looking into the distance, one sees only the continual horizon and the golden sands that seem to meander endlessly — hence, the End of the World!

Travelers who love photography, hiking, and/or epic views should definitely add this place to their itinerary.

A recap of the most exciting happenings, news and drama from #BBNaija that trended on #TwitterGhana in August

The Association of Tennis Professionals, popularly known as ATP is a professional tennis tournament. The ATP world tour is a worldwide event for men. There are only four major Grand Slams: the Australian Open, Roland Garros, Wimbledon, and US Open. ATP happens to fall in the minor category with Monte Carlo, ITF and Davis Cup. END_OF_DOCUMENT_TOKEN_TO_BE_REPLACED

1xBet promo code for new customers: 1xVip200. 1xBet Official Website gives you a 200% sign-up bonus on your first deposit. All you need to do is specify the promo code during registration, which will activate all the bonus offers at 1xBet. END_OF_DOCUMENT_TOKEN_TO_BE_REPLACED

Do you like cryptocurrencies? If you do, don’t forget to take a look at BitiCodes IO. END_OF_DOCUMENT_TOKEN_TO_BE_REPLACED