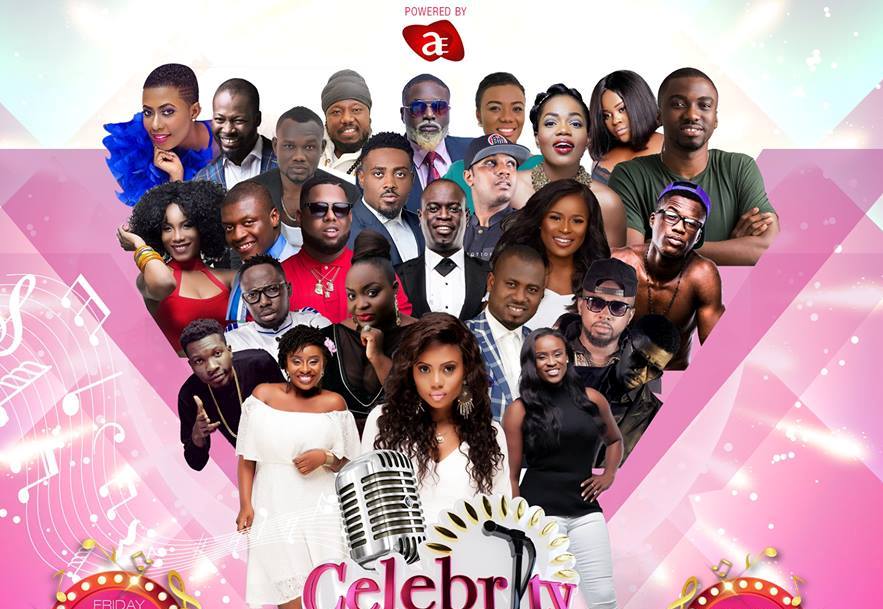 One of the biggest celebrity interactive events to rock the capital during this festive season, ‘Celebrity Karaoke Night’ featuring over twenty stars is scheduled to take place at the top floor of the Grand Oyeman building, Airport, on 22nd December 2017. The event which is being organized by AE Media promises to be a fun-filled night with lots of activities including live performances by celebrities, karaoke battles with celebs, networking with participants from media agencies, corporate firms and the general public. The second edition of the Celebrity Karaoke Night promises to be bigger and much more fun as some major celebrities including; Abeiku Santana, Lexis bill, Nathaniel Attoh, Choirmaster, Mikki Osei Berko, Joey B, Kojo Yankson and many others are expected to thrill participants during the night. Celebrity Fanzone hosts, Jessica Saforo-Opare, Chantelle Asante and Akosua Hanson who are all expected to take their turn on stage during the night have expressed their excitement about the event and are looking forward to a wonderful night on Friday December 22nd. https://www.youtube.com/watch?v=rwThroyFwhg]]>

Nominees for the 50 Most Influential Young Ghanaians 2017 Announced