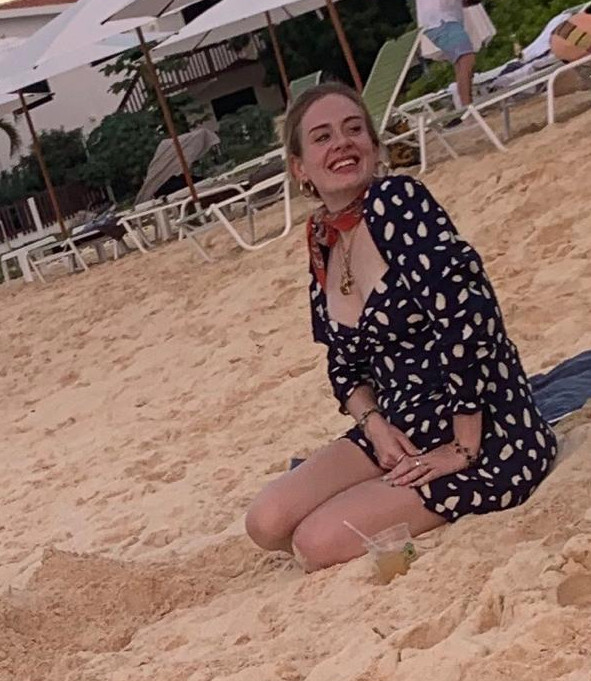 Goodness knows how much I hate giving tips. I always have an argument with my wife over tips when we go out to eat, especially in the US. But Adele and Harry Styles surely don’t have that problem as they  rang in the new year by tipping a local restaurant a cool $2,020 (£1,545).

According to The Sun, The pop superstars have been holidaying together in the Caribbean, island hopping between Anguilla and the Virgin Islands with James Corden and his family.

The bill for their meal came to $472 – but the friends left a $2,020 tip. The tip, which was 400 per cent of the final bill, was shared by local bartender Yahya, who works for the Caribbean Fishmarket on the island, just steps away from the Ritz Carlton.

He posted a snap on Instagram which showed the pair had gifted the tip to a server named Buck, on Saturday January 4 at 10.21pm local time.

The lad wrote: “When Harry Styles and Adele give your friend a nice 2020 New Years tip.”

The man later shared a picture with a friend on social media, revealing that The Late Late Show host James was also in attendance.

Amber Heard’s legal teams filed an official motion in court on Friday that the verdict in her blockbuster case against Johnny Depp is thrown out. END_OF_DOCUMENT_TOKEN_TO_BE_REPLACED

US clergyman, Creflo Dollar, has denounced his position on tithing. For many years, Creflo had preached on the importance of Tithing and had informed his congregation that failing to tithe opens the door for devourers to come in and destroy a person’s life. END_OF_DOCUMENT_TOKEN_TO_BE_REPLACED

David Beckham and Victoria Beckham have taken to Instagram to profess their love for each other on their 23rd wedding anniversary. END_OF_DOCUMENT_TOKEN_TO_BE_REPLACED

Chris Brown has said the public is only interested in negative news about him but go silent when he drops an album. END_OF_DOCUMENT_TOKEN_TO_BE_REPLACED

Congratulations are in order for singer Jhené Aiko and rapper Big Sean as they are reportedly expecting their first child together. END_OF_DOCUMENT_TOKEN_TO_BE_REPLACED

Videos have emerged of the moment a Russian ice hockey star who signed a million-dollar contract with an American team was rounded up by Russian policemen and taken to an army enlistment office before he is sent to fight in the war in Ukraine. END_OF_DOCUMENT_TOKEN_TO_BE_REPLACED