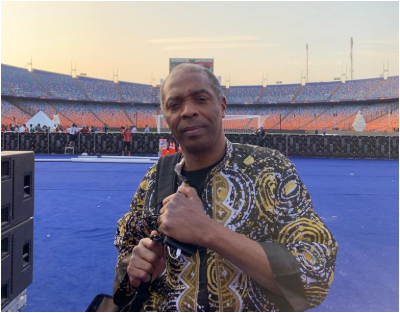 Afrobeat Legend, Femi Kuti, is set to Perform at the 2019 Africa Cup of Nations opening ceremony.
The Nigerian musician will be singing the English version of the tournament’s official anthem.

Soccer fans across the continent are counting down the remaining hours till the Africa Cup of Nations (Afcon) is set to officially kick off tomorrow in Egypt.

Four-time Grammy nominated Afrobeat artist, Femi Kuti is one of the three international artists to perform the tournament’s “Metgameen” (translates to “we are together”) anthem as part of the opening ceremony.

Femi Kuti took to social media to share with his fans how delighted he is to be performing at the opening ceremony of AFCON 2019.