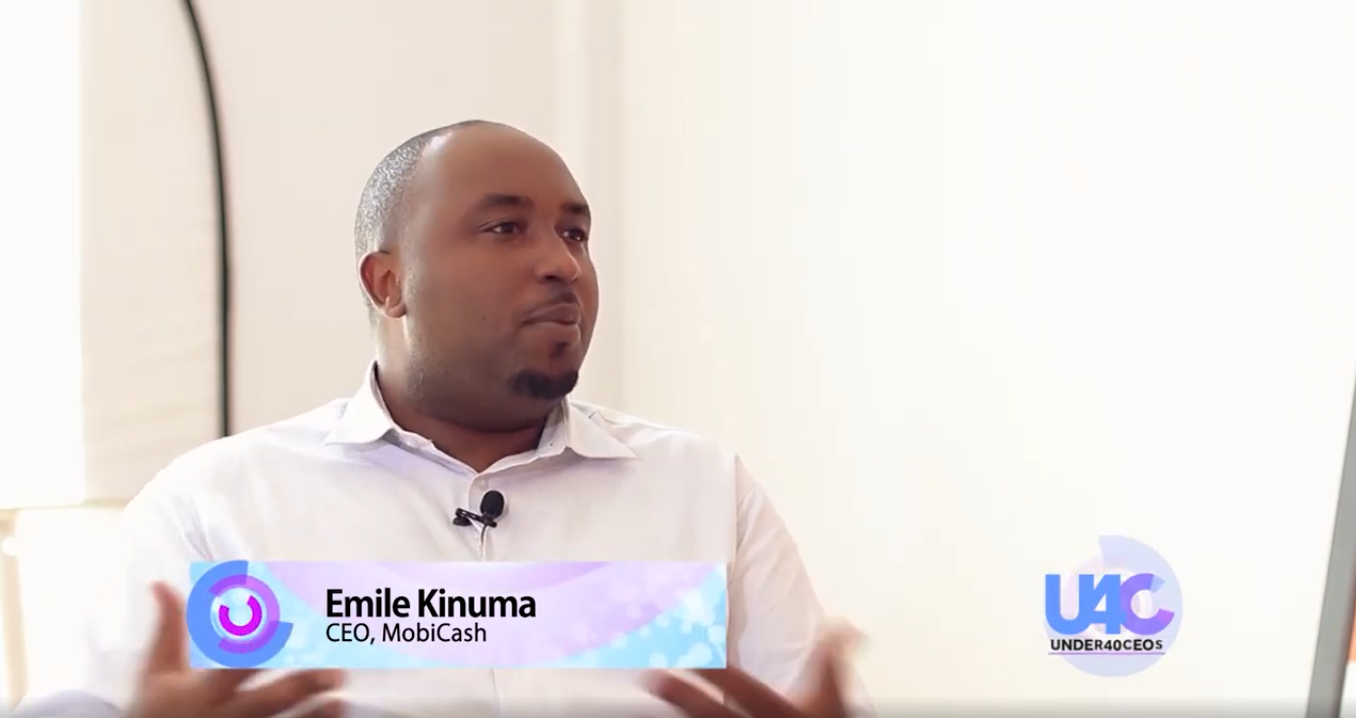 Emile Kinuma is an enterprise Product Manager and Financial Analyst with successful experience in SMB, public and distribution markets.

Emile earned a Master of Science degree in administration from the John Molson School of Business at Concordia University.

Emile Kinuma is the immediate past Chief Executive Officer at MobiCash. Watch episode below:

The acclaimed television show Under 40 CEOs launched on TVC Entertainment and TVC News on the 9th of October, 2016 and subsequently launched on Silverbird Television Network on the 13th of January, 2016 and has spotlighted inspiring young business leaders aged 40 and under from East, West and South Africa. In addition to the channels above, the series has also aired on or currently running on Africa Magic Family, DBS, ITV Benin, ITV Abuja, RSTV and GHOne reaching a cumulative average viewership of 2.2million people every week.

Under 40 CEOs seeks to research, celebrate and expose the business leaders of the not- so-distant future and tell the stories of these young business leaders in Africa with a focus on the journey, the process and their proposed destination.