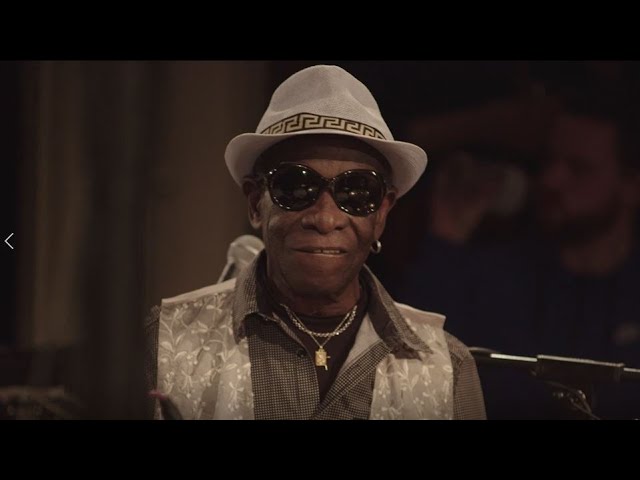 World Circuit Records today present Tony Allen Live in London, a short film about Tony Allen’s recent Rejoice live shows. The piece was filmed at one of the two very special Rejoice shows Allen performed at London’s Church of Sound in mid-March, just a few weeks before his untimely passing at the end of April at the age of 79.

In addition to clips of live performances from the night, the piece features interviews with Allen himself and some of the prestigious musicians who joined him on stage including South African trumpet player Claude Deppa and double bass player Mutale Chashi.

Tony commented on the film back in April, “I played two shows in London in March, which were meant to be the first of many Rejoice shows this year. It was good to be playing these songs on stage so many years after the recording. My good friend Claude Deppa is a great South African trumpet player, we asked him to play Hugh’s parts on stage. Unfortunately, the lockdowns started shortly after.”

Allen will be posthumously awarded the Outstanding Contribution To Music at this year’s AIM Awards, taking place virtually on August 12, with recent single “We’ve Landed” receiving a nomination for Best Independent Track.
Allen & Masekela’s second single from the album, “Never (Lagos Never Gonna Be The Same),” is a jazz-meets-Afrobeat-hued tribute to Fela Kuti, the towering pioneer of Afrobeat who collaborated closely with Allen for decades. The video for the track features footage of Allen & Masekela playing the song at the original 2010 recording sessions at Livingston Studios in London. Stream/share the video for “Never (Lagos Never Gonna Be The Same)” at https://worldcircuit.lnk.to/NeverWithoutFela.
Having first met in the ’70s thanks to their respective close associations with Fela Kuti, Allen, the Nigerian master drummer widely hailed as the co-founder of Afrobeat (and long-time member of alt-rock supergroup The Good The Bad & The Queen), and Masekela, South Africa’s legendary trumpet player, talked for decades about making an album together. When, in 2010, their touring schedules coincided in the U.K., the moment presented itself and producer Nick Gold took the opportunity to record their encounter.
The unfinished sessions, consisting of all original compositions by the pair, lay in archive until after Masekela passed away in 2018. With renewed resolution, Tony Allen and Nick Gold, with the blessing and participation of Hugh’s estate, unearthed the original tapes and finished recording the album in summer 2019 at the same London studio where the original sessions had taken place.
Allen and Masekela are accompanied on the record by a new generation of well-respected jazz musicians on the record including Tom Herbert (Acoustic Ladyland/The Invisible), Joe Armon-Jones (Ezra Collective), Mutale Chashi(Kokoroko) and Steve Williamson.
Related Topics:Tony Allen
Up Next

Olakira drops hot music video for ‘ In My Maserati’