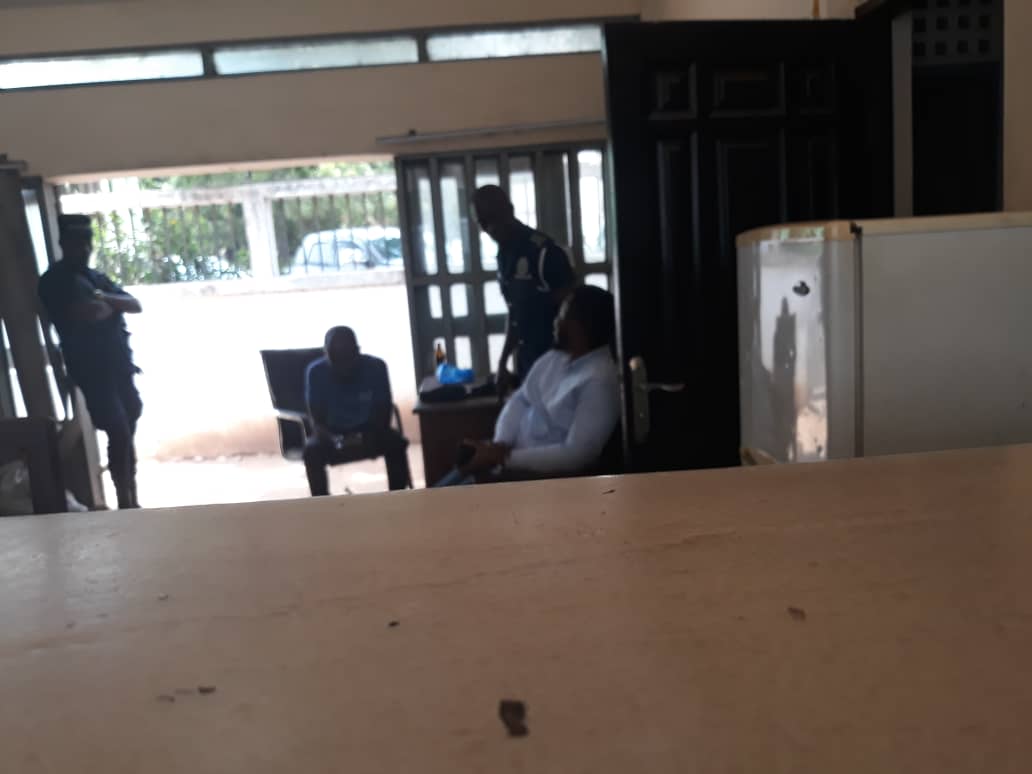 According to a report by adomonline.com, the special aide to the Minister for Tourism, Arts and Culture has been arrested in Parliament over the lose of a Huawei 230 phone belonging to a staff of the legislature.

The suspect, Nana Sekyi, was picked up on the afternoon of Wednesday, March 18, 2020 by police officers in Parliament after a report was filled by the victim at Parliament’s police station.

The phone got missing at a shop at Parliament’s foyer after the owner had inadvertently left it there.

The phone was later switched off.

This triggered an intervention by Parliament’s Marshal Department who resorted to the use of CCTV footage which led to the arrest of the suspect.

He is currently assisting police in ongoing investigations.

Related Topics:Ministry of Tourism
Up Next

Ghanaian Reggae and Dancehall artist, Stonebwoy has been captured in a studio with American singer, Jordin Sparks following their recent meeting in Los Angeles. END_OF_DOCUMENT_TOKEN_TO_BE_REPLACED

A Lagos State High Court, Southwest Nigeria has awarded N5m damages against a singer, Ikuforijimi Abdulrahman, aka Oxlade, over a leaked explicit sex tape with a woman on a social media app, Snapchat. END_OF_DOCUMENT_TOKEN_TO_BE_REPLACED

Ghanaian rapper, Kwaw Kese has recounted his contribution to the success of Stonebwoy’s career. END_OF_DOCUMENT_TOKEN_TO_BE_REPLACED

Ghanaian Afropop and R&b singer, Camidoh has stated that he dropped an EP instead of an album to further solidify his brand some more. END_OF_DOCUMENT_TOKEN_TO_BE_REPLACED

Ghanaian Radio/Television Personality, Deloris Frimpong Manso, popularly known as Delay, has revealed that she has been blocked on Twitter by her colleague Abeiku Santaana. END_OF_DOCUMENT_TOKEN_TO_BE_REPLACED