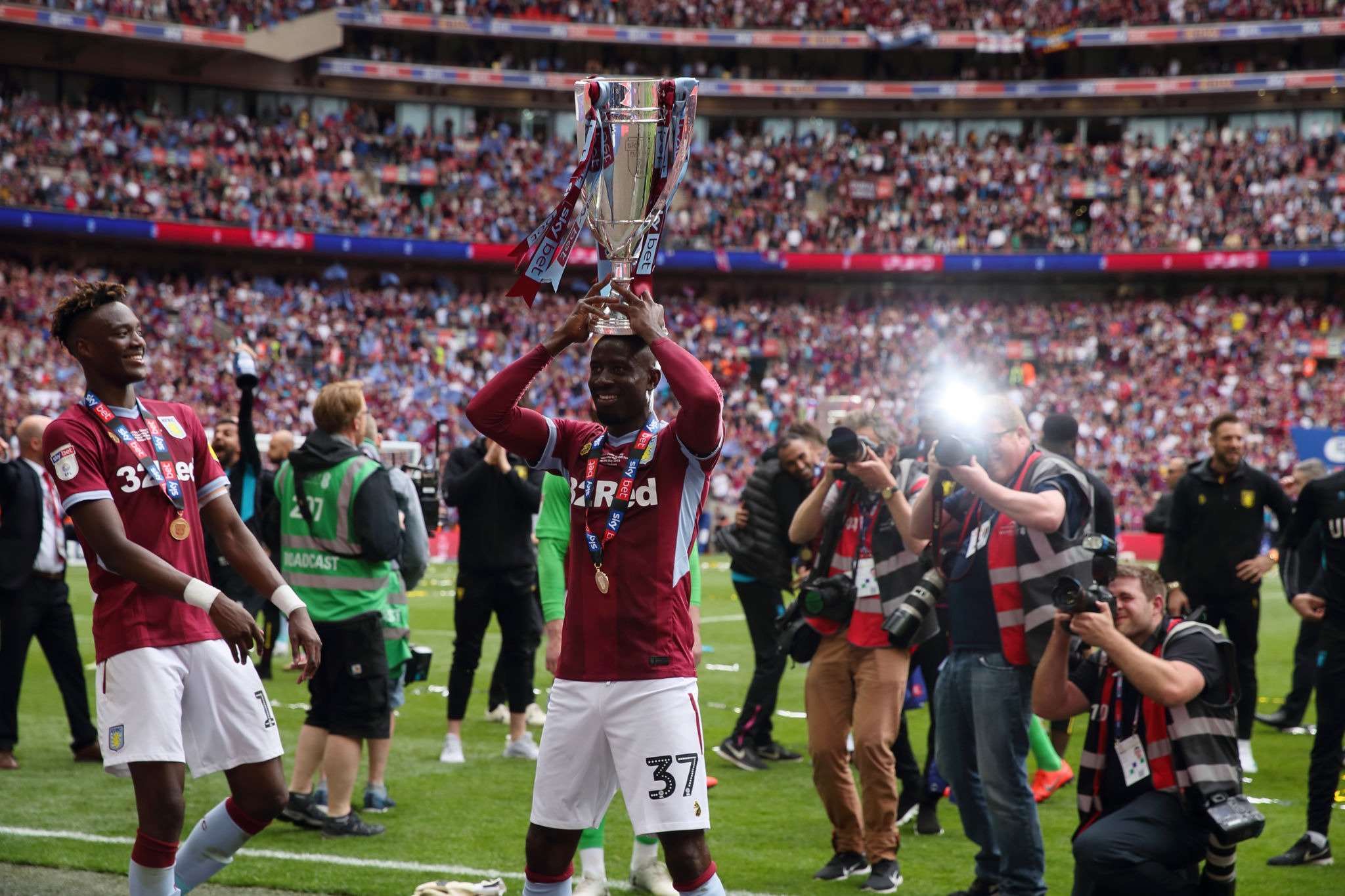 Ghanaian winger Albert Adomah was in action, as Aton Villa defeated Derby County 2-1 on Monday in the Championship Play-off, to book their ticket to the English Premier League.

Albert Adomah three seasons ago played a role as Middlesbrough secured qualification to the Premier League, yet he left them to join Aston Villa in the Championship.

And he has done it again by contributing to Aston Villa’s return to the topflight English football.

Prince William, a devoted Villa fan, looked on from a private box in the stadium and joyously celebrated after the final whistle as his team won what is billed as the world’s most lucrative match. 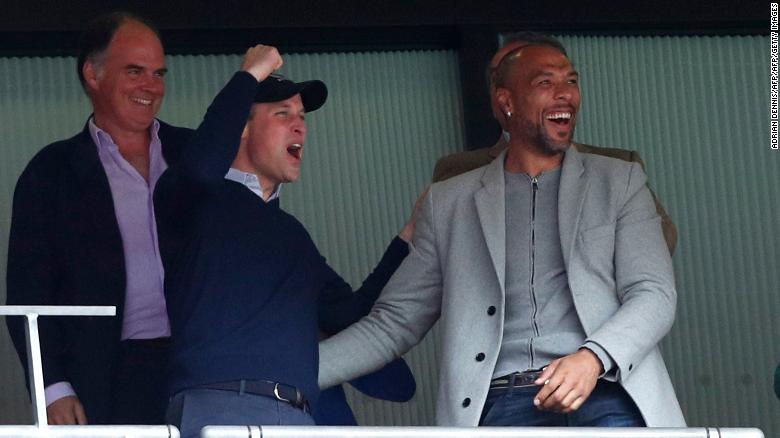 Dutch international Anwar El Ghazi scored for the Birmingham club just before halftime, while Derby goalkeeper Kelle Roos bungled a saved in the 59th minute that allowed John McGinn to head the ball out of his hands for the second goal.
A late goal by Martyn Waghorn gave Derby some life in the 81st minute, but it was too little too late.
Villa is set to reap $215 million as a result of broadcasting and commercial revenue associated with entry into football’s richest league, according to Deloitte’s Sports Business Group.
Related Topics:
Up Next

Rocky Dawuni joins UN ‘Play It Out’ concert in Antigua with Ashanti, Machel Montano and more

The Hewale Lala (Song Of strength) hit maker Perez Musik gets ready to have his first-ever major concert. END_OF_DOCUMENT_TOKEN_TO_BE_REPLACED

Kofi Sonny, CEO of 610Music, a direct representative for Universal Music Group in Africa, unveiled two of his newly signed artistes to the world over the weekend. The event pulled in dignitaries from all over the globe to witness what many have dubbed “the birth of greatness.” END_OF_DOCUMENT_TOKEN_TO_BE_REPLACED

GuiltyBeatz is ringing in the summer! The Grammy-nominated Ghanaian producer and DJ is back with another dazzling solo effort – an Amapiano-infused dance anthem ‘Universe’ featuring Pop sensation, Mr Hudson and buzzing Ghanaian singer, Twitch 4EVA. END_OF_DOCUMENT_TOKEN_TO_BE_REPLACED

The host of Joy FM’s Strong and Sassy, Animwaa Anim-Addo, has tied the knot in a private ceremony. END_OF_DOCUMENT_TOKEN_TO_BE_REPLACED

Grammy award-winning Nigerian musician, Burna Boy is trending on Twitter over his choice of outfit at a recent concert. END_OF_DOCUMENT_TOKEN_TO_BE_REPLACED