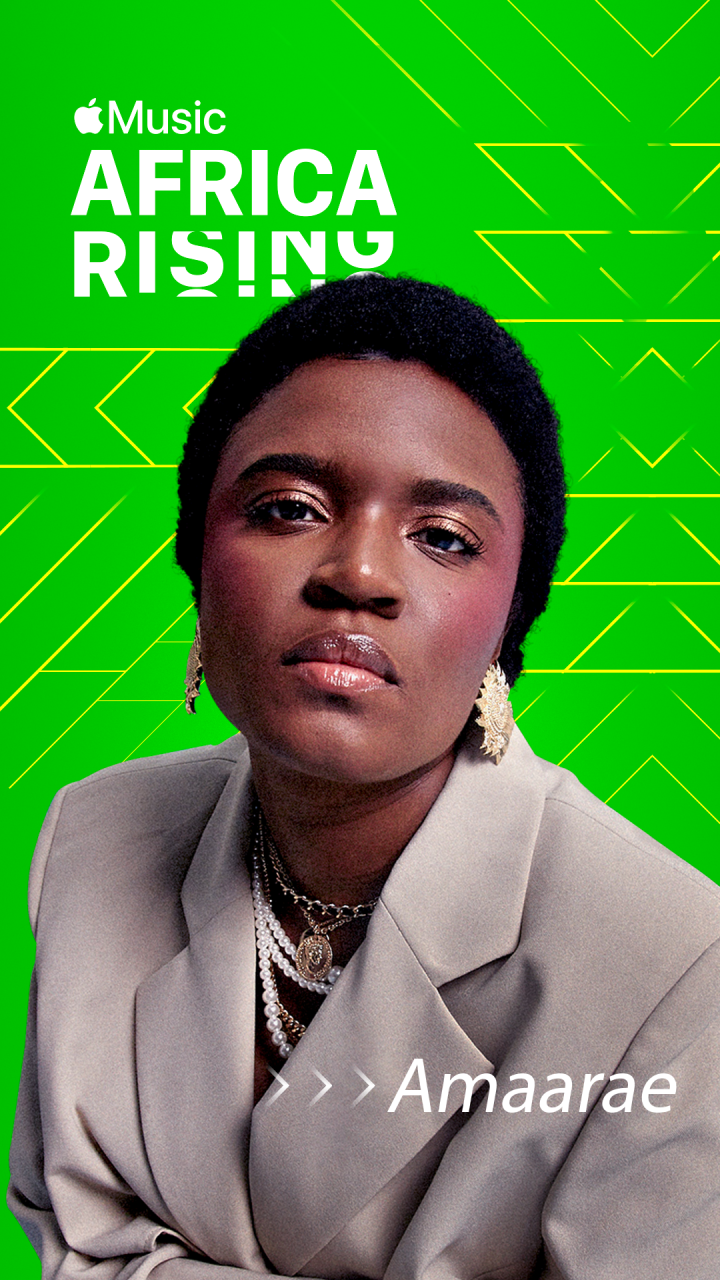 “It’s amazing to be selected by Apple Music as their Africa Rising artist. The love and support the album has received from the Apple Music family has been incredible to say the least. I am truly honored and can’t wait to share this milestone with my Angel Army, who I know, will be just as elated as I am. I look forward to a successful campaign!”

Raised between Ghana, Georgia, and New Jersey, Amaarae’s cross-cultural experience is the driving force behind her deeply experimental ethos and emotive writing style, with her West African heritage at the core of the music she makes.

After dropping her scene-changing, self-released EP, Passionfruit Summers (2017), Amaarae capitalised on her burgeoning success with the rip-roaring “Spend Some Time” which featured Wande Coal and the sleeper hit “Like It”, that established her as a social media trendsetter.

Her recently released 14-track debut album, THE ANGEL YOU DON’T KNOW draws on a myriad of genres from Afro-fusion to pop-punk to progressive house to neo-R&B, and garnered global recognition from publications like Pitchfork, The Guardian, The New Yorker and CLASH Magazine because of its unique vision.

The latest music from Amaarae, along with the next generation of African superstars is available now on the Apple Music Africa Rising playlist https://apple.co/3bhTtwT

Apple Music’s Africa Rising, is an exclusive artist development programme and companion playlist geared towards identifying, showcasing and elevating rising talent and introducing the next generation of African superstars. Africa Rising will see Apple Music select six artists every year who will each receive a minimum of two months of editorial support across the Apple Music platform including the new Apple Music 1 radio station. Previous Africa Rising artists are Omah Lay, Manu WorldStar and Tems.

Apple Music also selected Nigerian Afro-popstar Rema as one of it’s 2020 Up Next artists, following the addition of Burna Boy to the roster in 2019 and Mr Eazi back in 2017. Up Next is Apple Music’s global emerging artist program.

KiDi has responded to the heavy social media trolling he was subjected to after losing the VGMA ‘Artiste Of The Year’ to Diana Hamilton. END_OF_DOCUMENT_TOKEN_TO_BE_REPLACED

Wiyaala has dropped “Coming With Fire”, her first single for 2022, and follow up to last year’s popular “Yaga Yaga,” and it is an explosive cocktail of positive energy heavily influenced by the work of K.O.G (Kweku of Ghana), an internationally renowned professional UK based musician, artist, songwriter, percussionist, and multi-instrumentalist from Elmina in Ghana. END_OF_DOCUMENT_TOKEN_TO_BE_REPLACED